Former Khmer Rouge prison chief Kaing Guek Eav, given a life sentence in 2012 for the deaths of more than 12,000 people at a torture center he ran, died early Wednesday, a special Cambodian court said. He was 77.

Kaing Guek Eav, also known as Duch, died at 12:50 a.m. at the Khmer-Soviet Friendship Hospital in the capital, less than two days after being admitted, Neth Pheaktra, spokesman of the Extraordinary Chambers in the Courts of Cambodia, told Kyodo News. 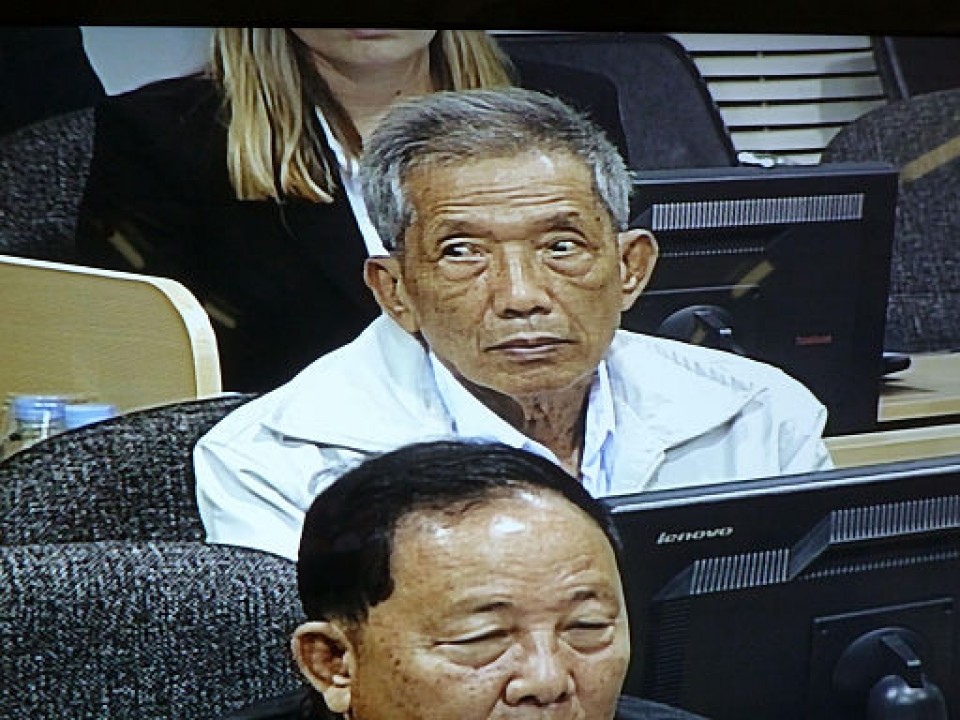 Khmer Rouge prison chief Kaing Guek Eav is shown on a monitor in the press room of a court in Phnom Penh, Cambodia, on Feb. 3, 2012. (Kyodo)

The cause of death was chronic lung disease, which had caused breathing difficulties, according to a telegram communication between a prison officer and his superior. Kaing Guek Eav was transferred to the hospital on Monday night.

Kaing Guek Eav headed a notorious prison known as S-21 under the Khmer Rouge regime that ruled Cambodia from 1975 to 1979.

The special Cambodian court, a U.N.-backed tribunal established to hear crimes committed under the regime, convicted him of crimes against humanity, murder and torture.