Shodai, who won his first makuuchi division title in the Autumn Grand Sumo Tournament, was promoted to the second-highest rank of ozeki on Wednesday.

The 28-year-old Japanese fighting out of the Tokitsukaze stable becomes the first newly promoted ozeki since Asanoyama in March and the first Kumamoto Prefecture-born wrestler in 58 years to reach ozeki. 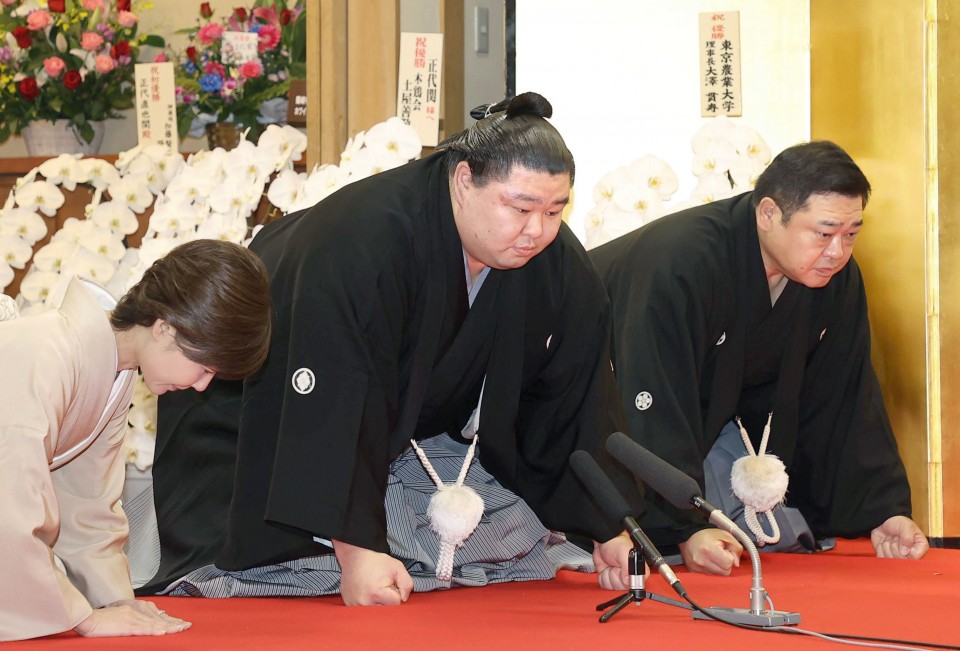 "I humbly accept," Shodai said in his "kojo" stage speech, a custom for wrestlers newly promoted to the rank.

"I will devote myself to the way of sumo with the spirit of utmost sincerity so as not to disgrace the name of ozeki," he said.

On Sunday, sekiwake Shodai secured a 13-2 record and avoided a playoff for the Emperor's Cup at Tokyo's Ryogoku Kokugikan.

Shodai fell one short of the 33 wins over three tournaments normally required for ozeki promotion, but he earned commendations for the quality of his sumo and had his elevation unanimously approved by the Japan Sumo Association board.

Later in a press conference, Shodai, whose real name is Naoya Shodai, said, "I'm relieved. In my kojo speech, I've expressed my feeling of dedication to sumo until the end."

"My sumo will be straight forward attacks. This is a position where you are expected not to lose. It comes with a lot of responsibilities and I hope to devote myself (to sumo) even more." 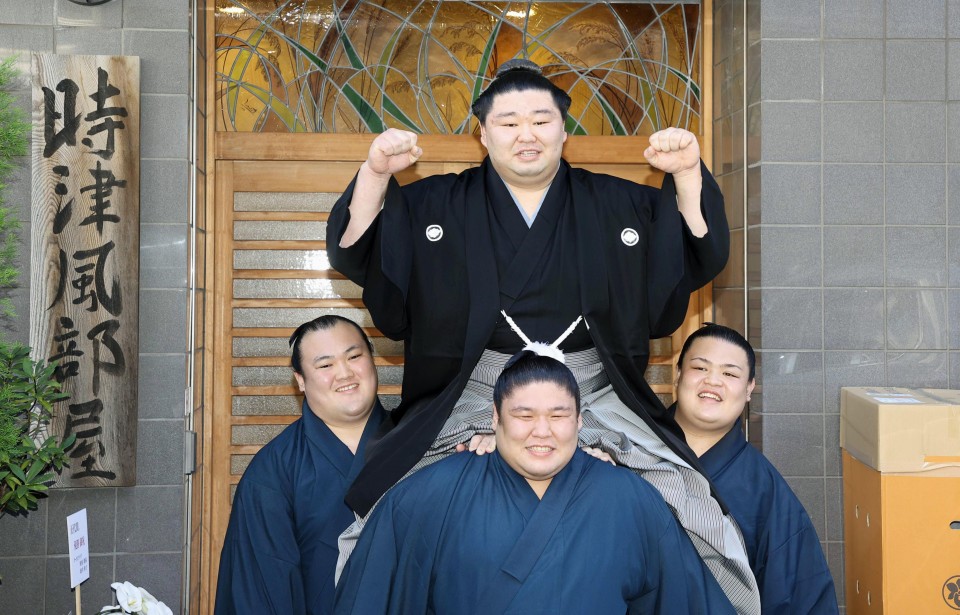 The last ozeki from southern Japan's Kumamoto Prefecture was Tochihikari, who was promoted after the summer meet in 1962.

At 28 years and 10 months, Shodai is the seventh oldest wrestler to be promoted to the rank among those who made their sumo debut after 1958 when the current six basho per year format was established.

He is a graduate of Tokyo University of Agriculture, where he became grand champion of student wrestlers in his second year.

Shodai will be one of three ozeki who headline the November Grand Sumo Tournament along with two yokozuna.