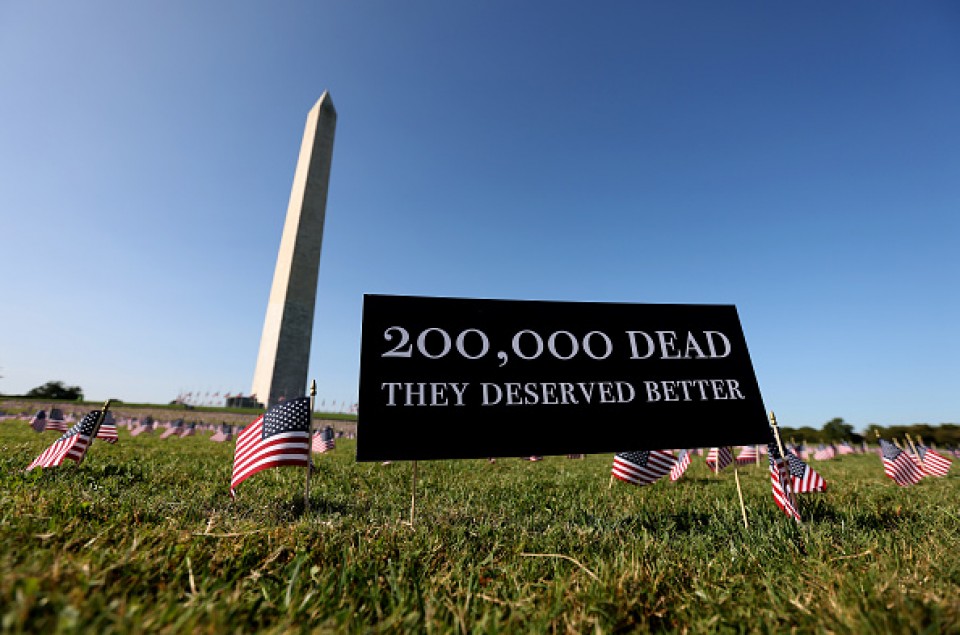 American flags at a COVID Memorial Project installation of 20,000 flags are shown on the National Mall as the United States crosses the 200,000 lives lost in the COVID-19 pandemic September 22, 2020 in Washington, DC. The flags are displayed on the grounds of the Washington Monument facing the White House. (Getty/Kyodo)

WASHINGTON - The death toll in the United States from the coronavirus pandemic exceeded 200,000 on Tuesday, according to a tally by Johns Hopkins University.

The grim milestone was reached as President Donald Trump, whose handling of the pandemic has become one of the key issues in the Nov. 3 election, faces renewed criticism over revelations that he knew in early February how deadly and contagious the novel coronavirus was, but played down the threat in public.

The United States has seen far more coronavirus cases and deaths than any other country. More than 6.8 million people in the country have been infected with the virus, which spread worldwide after it was initially detected in China late last year.

Globally, over 31 million people have been infected and 965,000 have died due to COVID-19, the illness caused by the virus.

India has the world's second-highest number of cases with more than 5.5 million and the third-highest number of deaths at over 88,000, according to the university tally. Brazil has the next largest total with over 4.5 million cases, while its death toll of more than 137,000 is the highest after the United States.

Trump, who saw his job approval rating dip around July, at one point took a more somber tone over the pandemic and made public appearances in a mask after refusing to do so for months.

But he has been returning to divisive rhetoric such as by mocking Democratic presidential nominee Joe Biden for wearing a mask in public, while continuing to insist that an increased level of coronavirus testing in the United States is the main factor behind the observed rise in cases.

Earlier in September, Trump held an entirely indoor campaign rally in the western state of Nevada, packing the venue with his supporters in the first event of its kind since June. 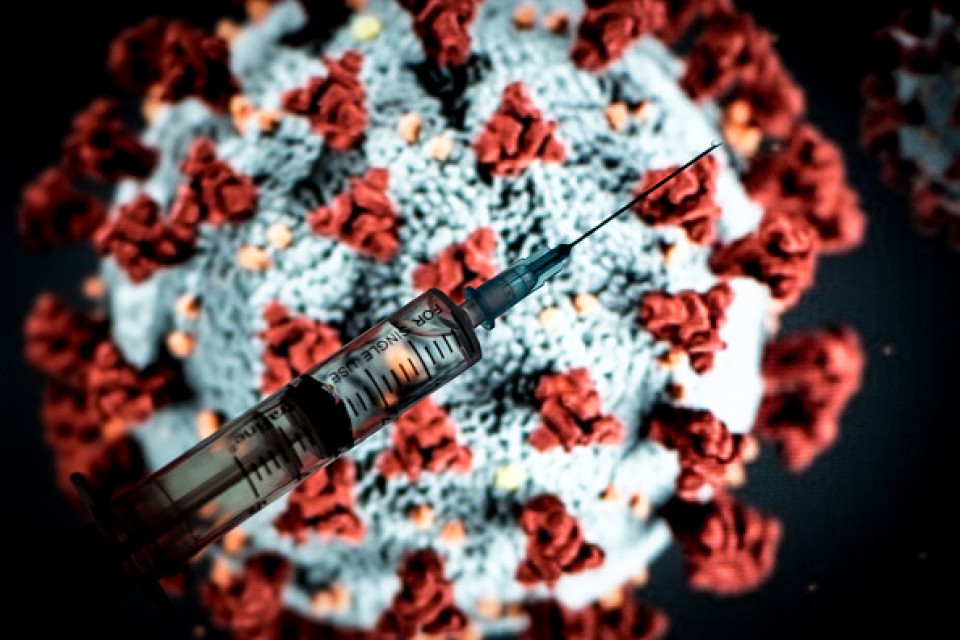 In this illustration the photo of the medical syringe is seen with the Italy flag in the background in Rome, Italy, on August 23, 2020. (NurPhoto/Getty/Kyodo)