Takakeisho secured a comprehensive victory over resurgent No. 1 maegashira Terunofuji, but fellow ozeki Asanoyama fell to a surprise defeat as the 15-day Autumn Grand Sumo Tournament got under way Sunday at Ryogoku Kokugikan.

With Mongolian-born grand champions Hakuho and Kakuryu out through injury, the meet is the first in 37 years to open without a yokozuna when more than one wrestler has occupied the sport's highest rank. 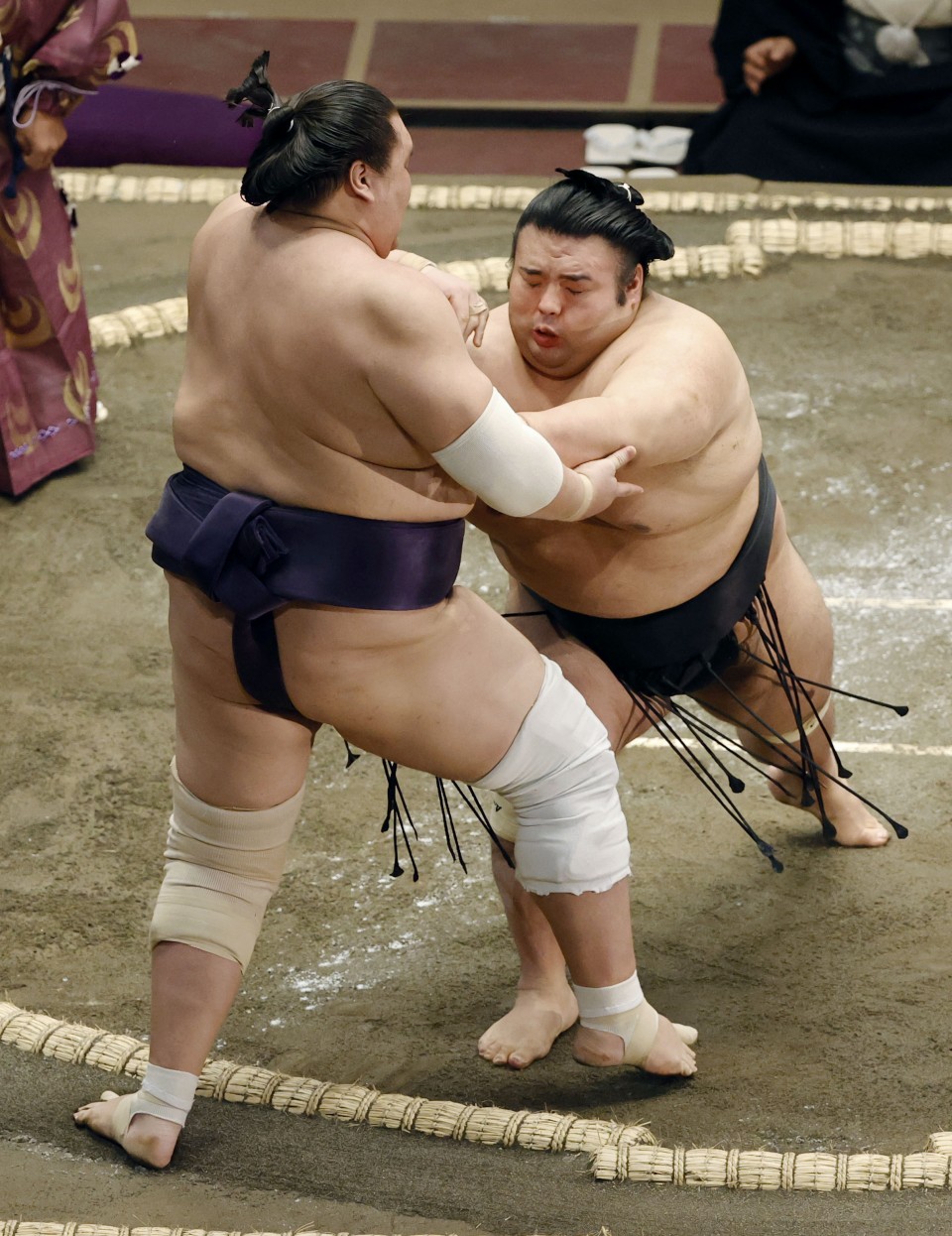 Takakeisho secures a comprehensive victory on the opening day of the Autumn Grand Sumo Tournament at Tokyo's Ryogoku Kokugikan on Sept. 13, 2020. (Kyodo)

All eyes were on the day's penultimate bout pitting July tournament champion Terunofuji against Takakeisho, who had pulled out of the meet with a left knee injury with three days to go.

The 24-year-old Takakeisho, looking to win his first championship since November 2018, had the better of the initial charge and easily pushed out the Mongolian maegashira.

Terunofuji, 28, went 13-2 in July to secure his second Emperor's Cup after his winning his initial championship in May 2015.

The former ozeki had fallen as low as the jonidan fifth division in March last year after multiple knee surgeries, but completed a remarkable return to the elite makuuchi division in July following a two-and-a-half-year absence.

Komusubi Endo provided the shock of the opening day with his defeat of Asanoyama, starting his second basho at the second-highest rank of ozeki.

Asanoyama, who won his sole top-level title in May last year, struggled to deal with the initial charge from his smaller opponent. Although he recovered to push Endo back to the edge of the raised ring, he lost his balance attempting an overarm throw, which allowed the komusubi to topple him with a beltless arm throw. 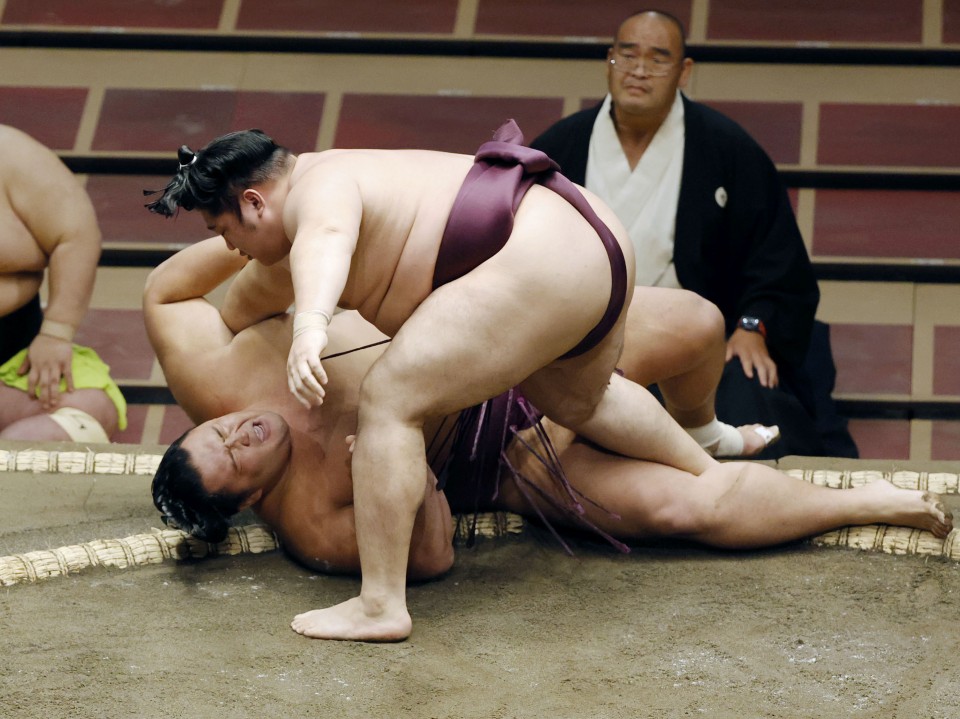 Daieisho, competing in his first meet at the third-highest rank of sekiwake, pushed No.2 Mongolian rank-and-filer Tamawashi around the raised ring but was thrusted down near the edge for an opening defeat.

The two other sekiwake claimed easy push-out wins, however. Mitakeumi ousted No. 2 Hokutofuji, while Shodai took mere seconds to dispatch No. 1 Takanosho.

Further down the ranks, 21-year-old Mongolian No. 16 Hoshoryu, a nephew of former yokozuna Asashoryu, celebrated his promotion to the elite makuuchi division with a win by force-out against one of his compatriots, No. 17 Ichinojo.

Another new entrant, No. 14 Tobizaru, forced out No. 15 Shimanoumi to win his maiden bout in the top flight.

For the second meet in a row, the number of spectators has been capped at 2,500 per day at Ryogoku Kokugikan to prevent the spread of the novel coronavirus. Wrestlers remain banned from visiting other stables during their pre-tourney training.