South Korea's coast guard said Tuesday it has concluded that a South Korean fisheries official who was shot to death at sea last week by North Korean troops likely tried to defect to North Korea.

"The investigation team of the Coast Guard has judged that the missing official tried to defect to the North given the fact that he was wearing a life jacket when he was found by the North," the Korea Coast Guard said in a statement.

It said its conclusion was based on information from the military, analysis of the possible direction that the man drifted at sea on a floating object, and other circumstantial evidence.

"The North knew personal details of the missing official, he showed his willingness to defect to the North, and he was well aware of the surrounding coastal area of Yeonpyeong Island," it said. 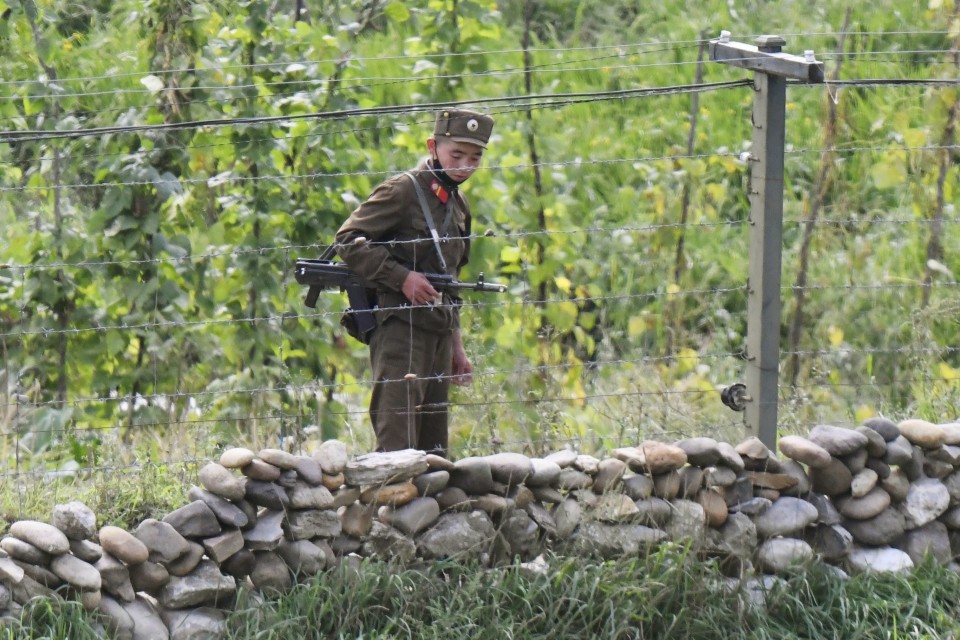 Photo taken from China's Jilin Province on Sept. 5, 2020, shows a North Korean soldier on patrol duty in Ryanggang Province, bordered by the Chinese province on the north. (Kyodo)

Yeonpyeong Island is located near the Northern Limit Line, the de facto sea border between North and South Korea in the Yellow Sea.

North Korea, a day after the official's death was announced last week, apologized to South Korea over the incident, while claiming its troops regarded him as an intruder.

His body is still missing.

South Korea has asked North Korea to hold joint investigation to clarify disputed facts and shed light on details of the incident.

The missing official's brother met with foreign press later Tuesday and issued a plea to North Korean leader Kim Jong Un for return of the dead body, while denying his sibling intended to defect to the North.