Presumptive U.S. Democratic presidential nominee Joe Biden said Thursday he will strive for a world without nuclear weapons, criticizing Republican President Donald Trump for undermining past efforts to curb the dangers of such arsenals.

"I will work to bring us closer to a world without nuclear weapons, so that the horrors of Hiroshima and Nagasaki are never repeated," Biden said in a statement, touching on a long-term goal set by former President Barack Obama when Biden served as vice president.

The statement was released on the 75th anniversary of the U.S. atomic bombing of Hiroshima in 1945. A second atomic bomb was dropped on Nagasaki three days later and Japan surrendered six days after that, marking the end of World War II. 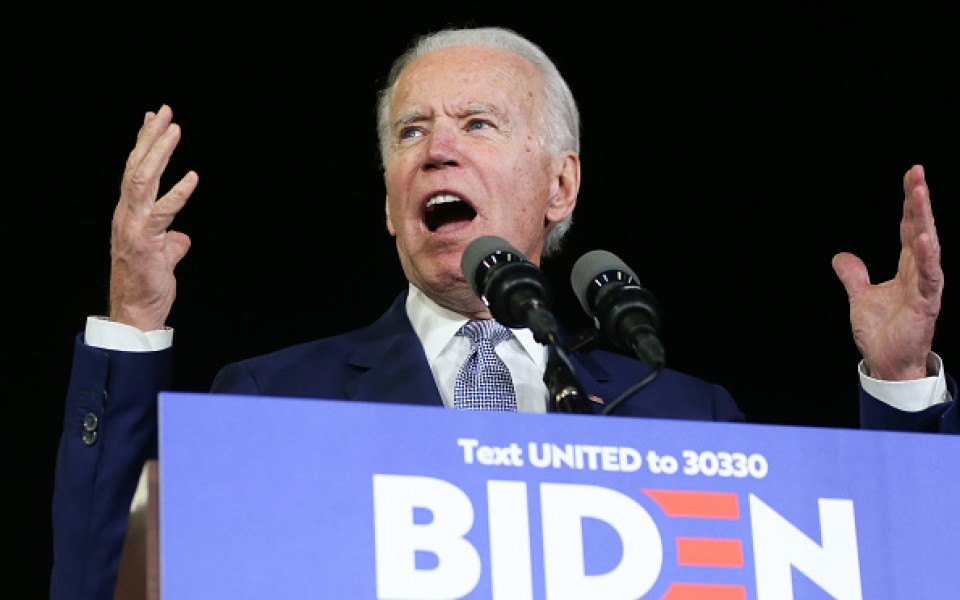 "The United States became the first, and so far only, country to use a nuclear weapon in war," Biden said, adding that "the scenes of death and destruction, first from Hiroshima and then Nagasaki, still horrify us, three-quarters of a century later."

The former vice president said there is a "collective responsibility" to ensure such weapons will never again be used, but suggested that steps toward that "ultimate" goal would be incremental.

Efforts should begin with the United States and Russia agreeing to extend their nuclear arms reduction pact, which is set to expire in February 2021, he said.

"For decades, American leaders of both parties have understood that the United States has a national security imperative and a moral responsibility to reduce nuclear threats, including by negotiating treaties and agreements to control and eventually eliminate these weapons," Biden said.

"But, as with so much else, Donald Trump has squandered this inheritance," he added.

In the Nov. 3 presidential election, nuclear policy may become an issue, as Trump has pursued a policy of expanding the role of U.S. nuclear weapons.

On arms control issues, the president withdrew the country from the Intermediate-Range Nuclear Forces Treaty, a 1987 pact with Russia.

The only remaining arms control treaty between the two nuclear superpowers is the 2010 New Strategic Arms Reduction Treaty.

Trump has been eager to pursue arms control measures that would involve both Russia and China, but Beijing has so far dismissed the idea and some critics in the United States have said it may be an excuse for not getting a renewed agreement of the so-called New START.

Biden also asserted that Trump's "showmanship with North Korea has not constrained its growing nuclear arsenal," apparently referring to the little progress the summit diplomacy between Trump and Kim Jong Un yielded in ridding Pyongyang of its nuclear weapons.

"As president, I will restore American leadership on arms control and nonproliferation as a central pillar of U.S. global leadership. I will strengthen our alliances to keep the American people safe from nuclear and other global threats," Biden said.