The Tokyo metropolitan government on Wednesday confirmed 236 additional cases of the novel coronavirus, with the number of infections rising after falling to double digits earlier this week.

The single-day increase in the capital compared with 182 reported Tuesday and 95 on Monday, bringing Tokyo's cumulative total to 19,846. 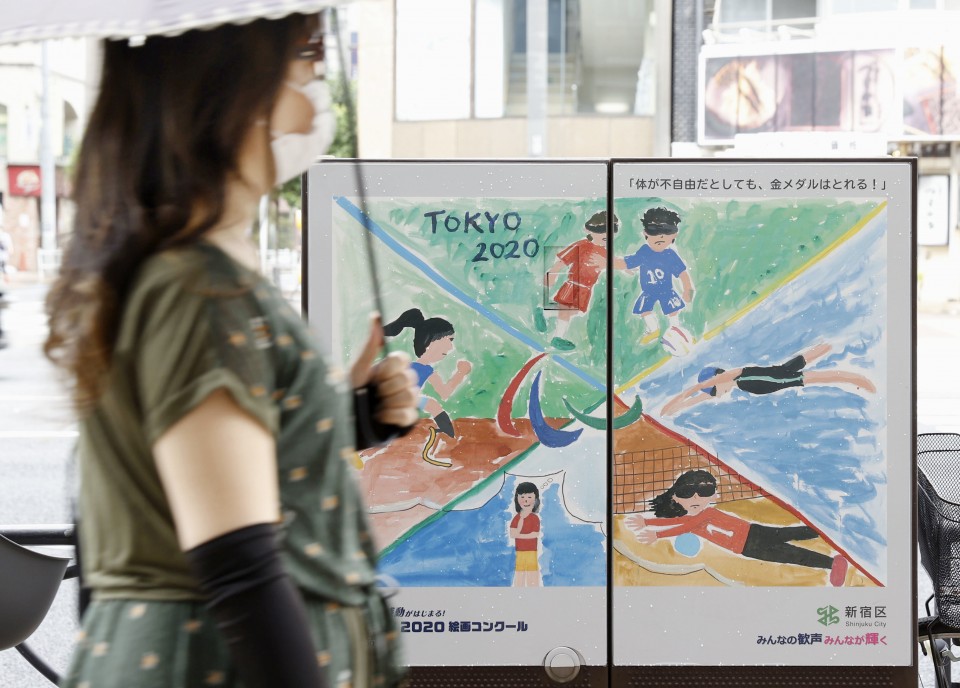 A woman walks past a picture panel featuring the Tokyo Paralympics in Tokyo's Shinjuku area on Aug. 23, 2020. The postponed Paralympics will begin on Aug. 24, 2021. (Kyodo)

The capital additionally reported two deaths from the virus -- a woman in her 80s and a man in his 70s -- bringing the death toll in Tokyo to 356.

This brought a total number of infections in Japan to 65,532, including about 700 from the Diamond Princess, a cruise ship that was quarantined in Yokohama in February. The death toll now stood at 1,243.

Tokyo has seen new infections in triple digits for almost the entire month, except for Monday. Although the capital saw a daily record of 472 on Aug. 1, the number of cases has been on the decline since mid-August.

Tokyo is maintaining its alert at the highest of four levels, meaning "infections are spreading." It has requested establishments serving alcohol and karaoke venues to close by 10 p.m. until the end of August to reduce the risk of infection.