Osaka Gov. Hirofumi Yoshimura has drawn fire for suggesting that popular over-the-counter gargle medicines containing an antiseptic can have an effect on the spread of the coronavirus, causing the products to disappear from store shelves.

Some medical experts criticized the governor's recommendation of a gargling solution containing povidone-iodine as "unscientific," saying it is backed by limited data. 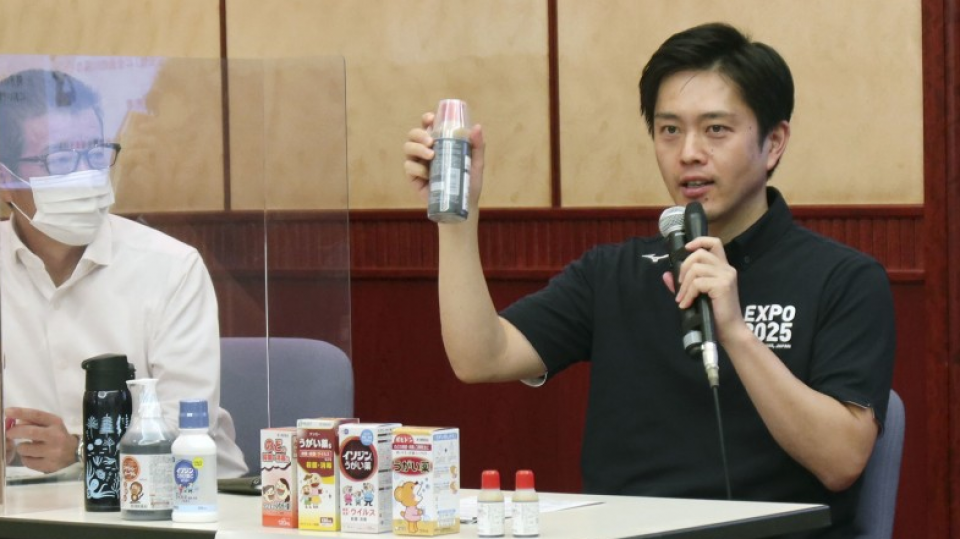 On Tuesday, Yoshimura said gargling with the solution reduced the number of people whose saliva samples tested positive for the virus, citing research conducted by a prefectural government-run hospital involving a limited number of 41 patients with mild symptoms.

Yoshimura said Wednesday the solution would "not prevent or cure" COVID-19, the respiratory disease caused by the virus, but suggested it may help curb the spread of droplet infections by reducing the amount of the virus in saliva.

The governor especially recommended people who have cold-like symptoms and their families, as well as workers in high-risk settings such as bars, restaurants and medical and care facilities, to use the solution. 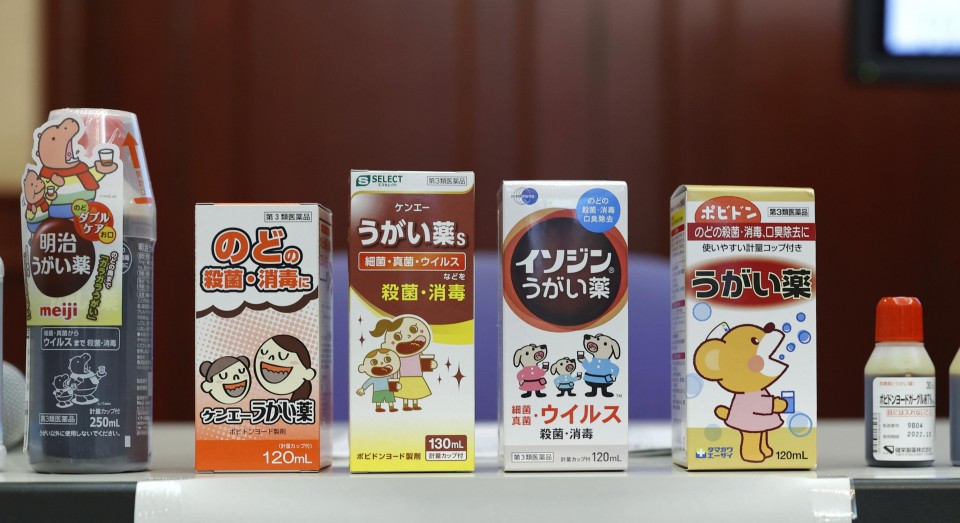 Akifumi Matsuyama of Osaka Habikino Medical Center, who led the survey, said the research has not proved the disinfectant could prevent the symptoms from deteriorating further or prevent virus transmissions between people and that it has no effect on virus that has already entered organs such as the lungs.

He said more samples are needed for further study and told reporters that Yoshimura's recommendation was based on "political judgement."

Soon after Tuesday's news conference, many consumers rushed to purchase the gargle medicines and some started reselling them at jacked-up prices online, despite Yoshimura advising against such a move.

On the governor's recommendation, Toshio Nakagawa, president of the Japan Medical Association, told a news conference Wednesday, "I believe there is not sufficient evidence at this point."

Some medical experts and Twitter users also warned of possible side effects, saying taking too much povidone-iodine could trigger health hazards among pregnant women and people with thyroid diseases, while others complained that the disinfectants would not reach those who really need them. 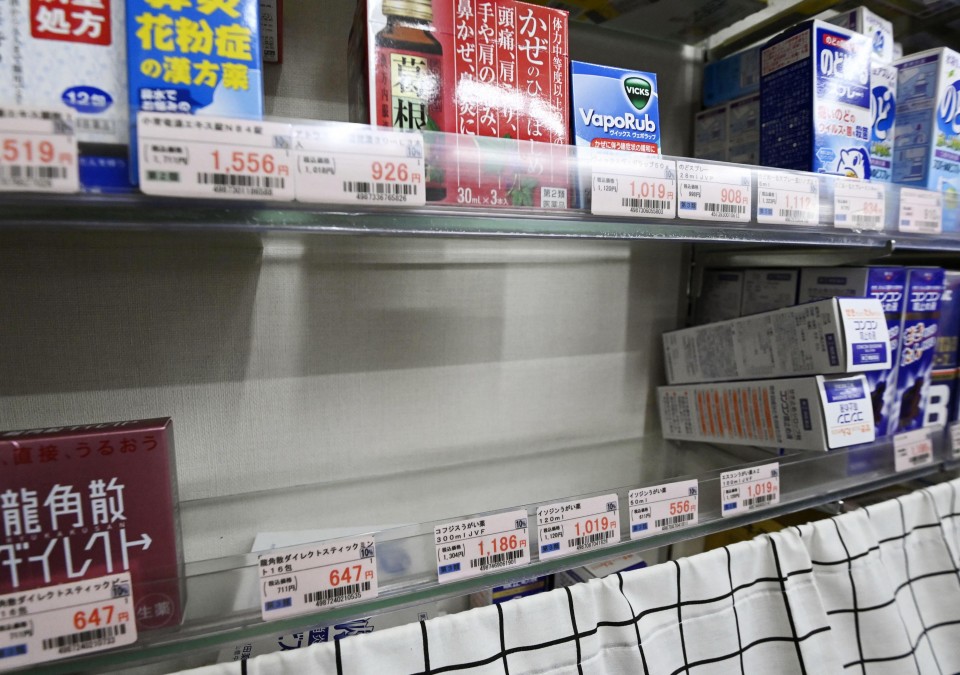 Gargling products are sold out at a drugstore in Osaka on Aug. 4, 2020, after Gov. Hirofumi Yoshimura recommended their use to prevent coronavirus infection. (Kyodo)

A Twitter user, who claims to be a pulmonologist and goes by @cutetanaka, pointed out the move could increase the number of patients whose test results are false negative, as polymerase chain reaction tests would fail to detect the virus in their saliva because of gargling with the solution.

Lawyer-turned-Osaka leader Yoshimura, 45, has raised his reputation over his handling of the coronavirus pandemic, although the western Japan prefecture has recently seen a resurgence in cases.

As of Wednesday, the prefecture has seen a total of 4,720 coronavirus infections, with around 200 cases being reported daily in recent days.

The Osaka prefectural government has asked nightlife establishments in the major entertainment district of Minami to close or shorten their hours of operations between Thursday and Aug. 20, offering 20,000 yen ($190) per day for those cooperating with the initiative.