The top Japanese government spokesman denied Tuesday that Prime Minister Shinzo Abe has been in poor health following a report in a weekly magazine that said the premier had vomited blood at his office in July.

"There is absolutely no problem (with his health)," Chief Cabinet Secretary Yoshihide Suga told a news conference. "I meet (with Abe) every day and he concentrates on his duties in a matter-of-fact way." 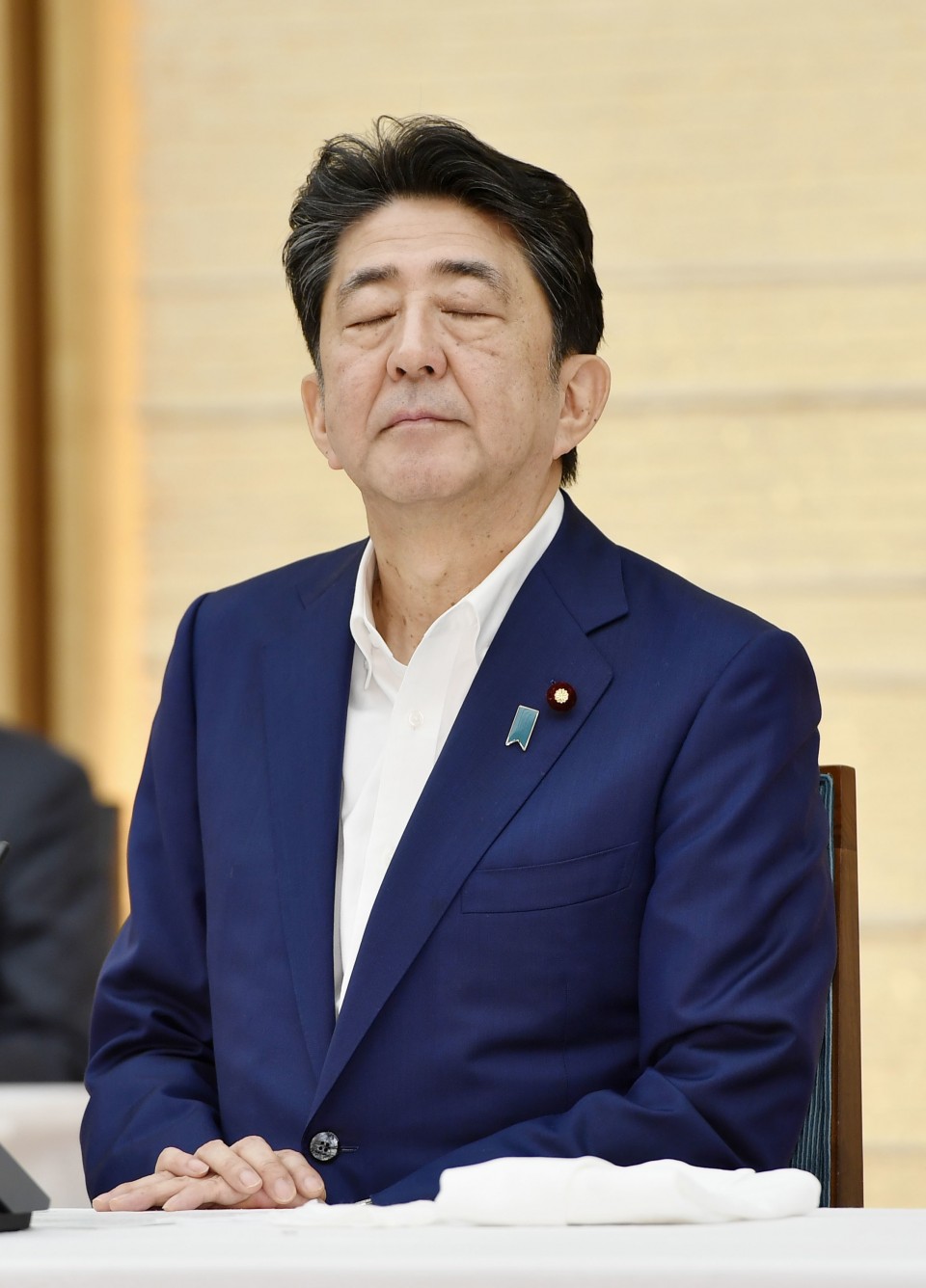 Japanese Prime Minister Shinzo Abe closes his eyes during a meeting between the government and the Liberal Democratic Party-led ruling coalition in Tokyo on Aug. 3, 2020. (Kyodo)

The latest edition of the weekly magazine Flash, which hit newsstands Tuesday, said speculation is rife that Abe vomited blood on July 6, pointing out that the premier's schedule showed no activity for about five hours that afternoon.

Abe's health has been the subject of attention ever since the 65-year-old abruptly resigned in 2007 after his first one-year stint as premier due to intestinal disease.

After returning to power in 2012, Abe said he had overcome the illness, ulcerative colitis, with the help of a new drug. In November last year, he became Japan's longest-serving prime minister.

Recently, Abe, who had often dined with politicians, business people and others before the coronavirus pandemic, has returned to his private residence right after 6 p.m.

The prime minister's health has come under fresh scrutiny as he has not held any press conferences or attended parliamentary sessions for more than a month, despite calls for him to explain the government's handling of the coronavirus to the public.