Express train Hamanasu, named after the Ramanas rose, a symbol of Hokkaido, will go into operation in October and will serve both as a sightseeing train and as a special train during busy seasons, the railway company said. 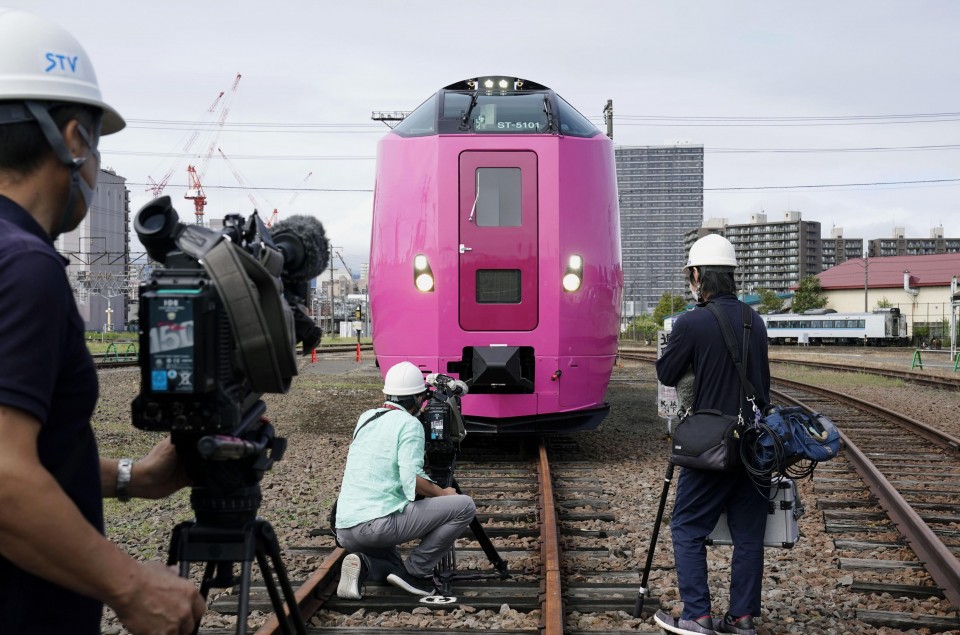 The renovated Hamanasu express train is shown to the media on Aug. 31, 2020, in Sapporo, Hokkaido. (Kyodo)

With the front of the train painted in a Ramanas rose pink, the front carriage of the five-car train comes with a lounge space, a private compartment featuring a heated "kotatsu" table with a sunken floor and a kiosk to sell local specialties.

The other four carriages can carry up to about 800 passengers. All seats are equipped with power sockets and wireless internet connections are available in all carriages.

As part of plans to celebrate the 140th anniversary of the Hokkaido railroad, the new carriages will debut on Oct. 17 for a group tour themed on the history of the transportation of iron ore and coal from mines to ports, a Hokkaido Railway spokeswoman said.

"We hope this train will serve local residents and fans as a little reminder of the history of the local railway," the spokeswoman said. 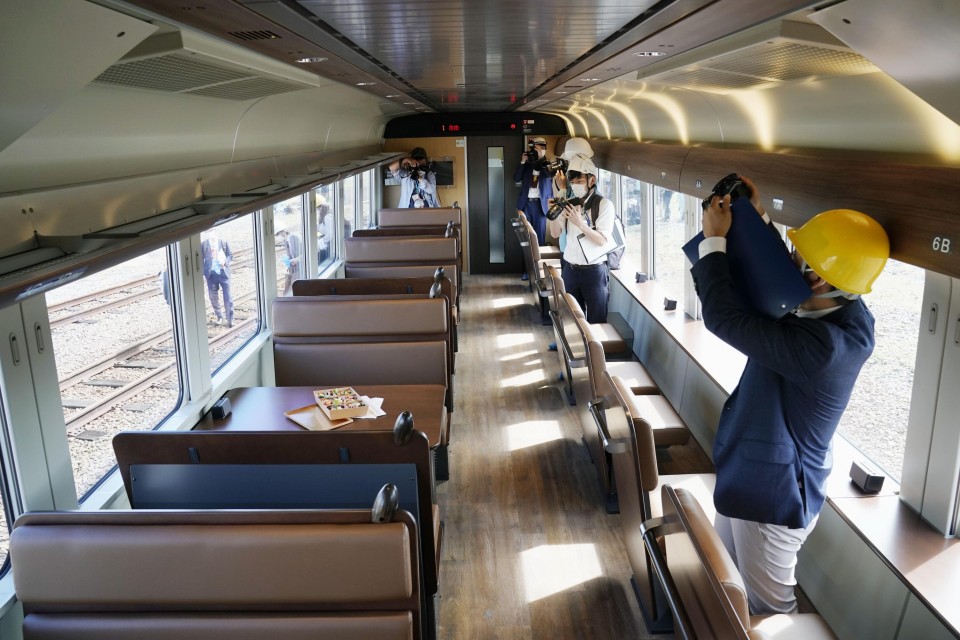 "Ponyo" the goat meets the public at her new home