A 15-year-old boy was arrested Friday as a suspect in the fatal stabbing of a 21-year-old woman at a shopping mall in southwestern Japan, police said.

The boy, whose name is being withheld because he is a minor and whose address is unknown, was arrested at the scene on suspicion of violating the weapons control law in connection with the stabbing. 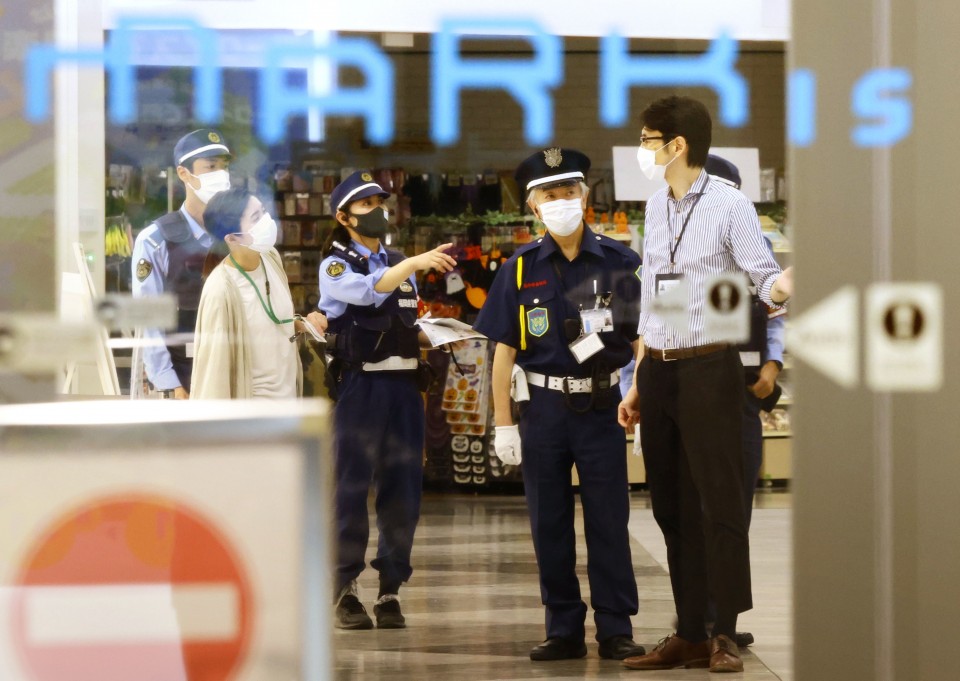 Police officers gather in a shopping mall in Fukuoka City, southwestern Japan after a fatal stabbing incident occurs there. (Kyodo)

The victim, Misato Yoshimatsu, was found bleeding in a women's restroom located on the ground floor of the shopping mall in Fukuoka following a report to police around 7:30 p.m. that a knife-wielding man had been spotted.

Yoshimatsu was taken to hospital, but later pronounced dead.

The two do not know each other, according to investigative sources.

The police said the boy admitted to possessing a knife and that they will investigate whether he was involved in the stabbing.

A 45-year-old customer who was present at the time said, "I was told by a store clerk to run away, because a man with a knife had been spotted." After exiting the store, she saw a man carrying a blood-stained knife.