Former defense chief Shigeru Ishiba is the most popular choice to be Japan's next prime minister, gaining 34.3 percent of support and far outpacing other potential candidates, according to a Kyodo News survey released Sunday.

The nationwide telephone poll, conducted in the wake of Abe's announcement of his impending resignation on Friday for health reasons, found that 48 percent plan to vote for the ruling Liberal Democratic Party in a next lower house election under the proportional representation system.

Among opposition parties, the Constitutional Democratic Party of Japan was the most favored at 11.6 percent. 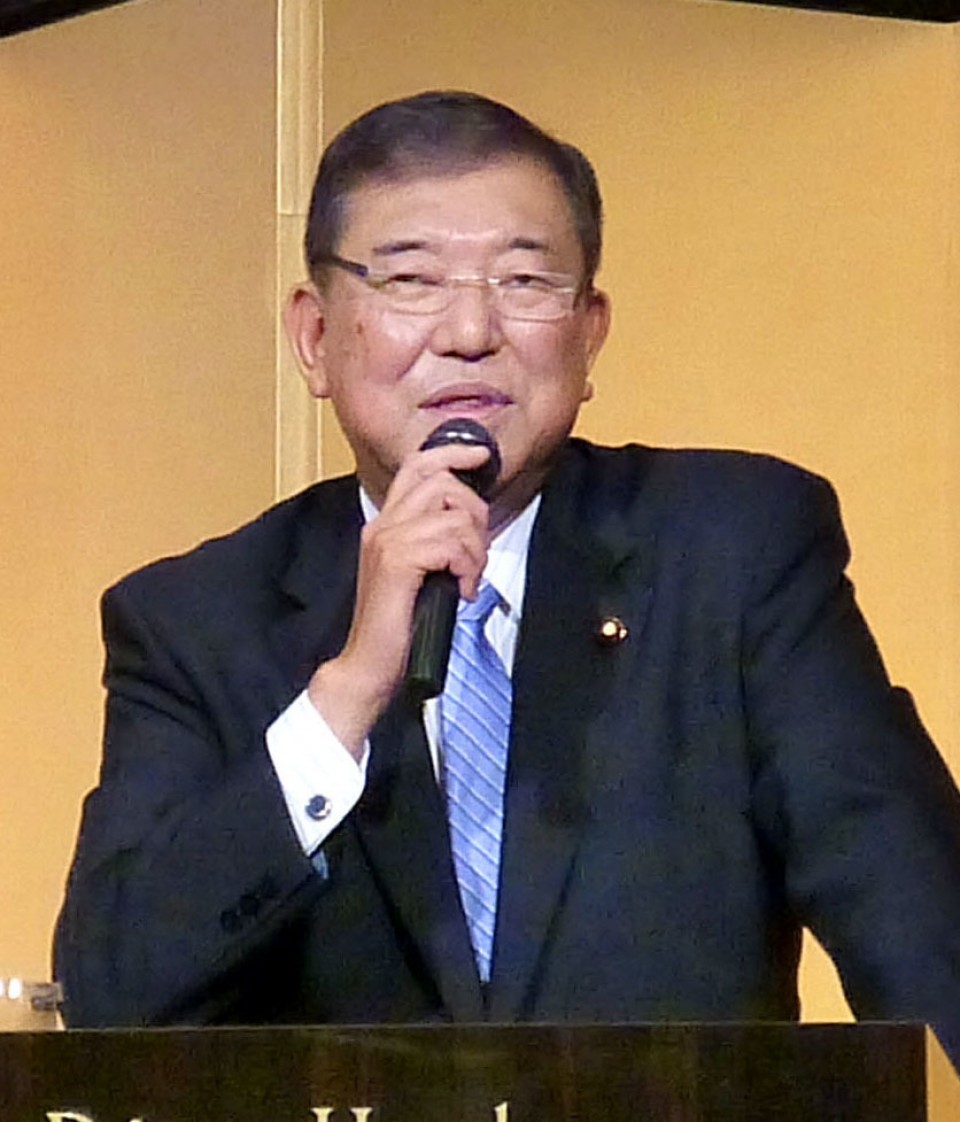 The two-day survey from Saturday, which collected 1,050 valid responses, also found 58.6 percent think Abe's resignation in the middle of his term was appropriate, followed by 25.3 percent who said it came too late and 12.7 percent who felt it was too soon.

"Leadership" was the most sought quality from the next prime minister at 25.7 percent, followed by "ability to give clear explanations to the public" at 25.4 percent, and "honesty and modesty" at 21.3 percent.

An overwhelming majority of respondents at 72.9 percent selected the coronavirus pandemic as one of the two major issues they want the new Cabinet to prioritize. This was followed by the economy and employment at 32.1 percent, and social welfare, such as national pensions and healthcare, at 19.2 percent.

Despite Ishiba often being a frontrunner in surveys of lawmakers whom voters prefer to see as the country's future leader, the chance of him winning the forthcoming LDP presidential election, possibly to take place on Sept. 14, is not necessarily high, largely because he is less popular with the party's parliamentarians.

Ishiba won against Abe in the first round of an LDP presidential election in 2012, due to strong support from rank-and-file members of the party, but was defeated in the second round when only lawmakers were allowed to cast ballots.

As for the upcoming LDP presidential election, citing Abe's sudden resignation amid the coronavirus pandemic, the party's leadership is planning to have a scaled-down version excluding votes from grassroots members.

The survey found that 51.8 percent of respondents felt the best time to hold a general election would be at or around the time the House of Representatives' current term ends in October 2021.

"As soon as possible" was the second most popular choice at 17.6 percent, followed by "within the year" at 15.6 percent, and "in the first half of next year" at 11.6 percent.