Los Angeles Angels two-way player Shohei Ohtani is unlikely to pitch again this season after being diagnosed with a strain in his throwing arm that will keep him off the mound for at least four to six weeks, Angels manager Joe Maddon said Tuesday.

"I'm not anticipating him pitching at all this year," Maddon told MLB.com. "In whatever kind of throwing program, it'll be very conservative. I don't have any projection on that other than he's not going to pitch this year." 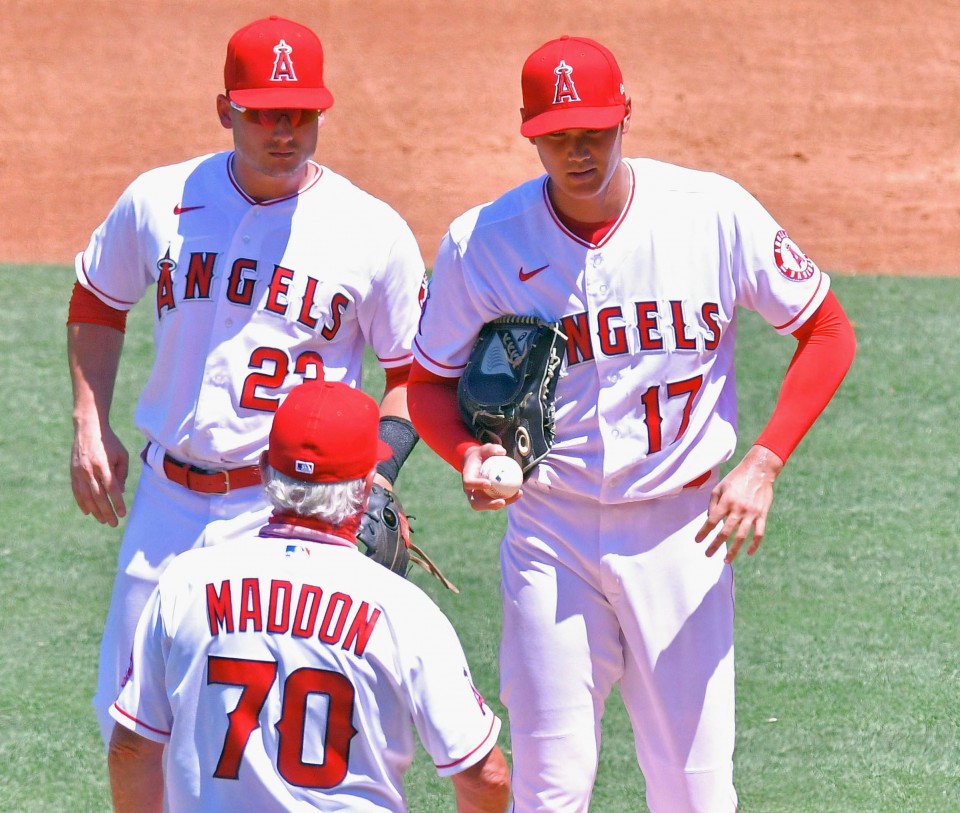 Ohtani underwent an MRI exam after experiencing discomfort in his second start of the year on Sunday, when he walked five and gave up two runs in 1-2/3 innings, and was diagnosed with a grade 1-2 strain of the flexor pronator mass.

Ohtani was kept out of the lineup for the Angels' series opener against the Mariners in Seattle on Tuesday, but Maddon said he expects the Japanese slugger will continue his role as the club's primary designated hitter, similar to last season when he was recovering from Tommy John surgery.

"From what I've been told so far, he should have no holdups with his hitting. Just today still a little bit sore, so we chose to not push him yet," Maddon said.

"I'll talk to him and see if he could play (on Wednesday). If not, I think the next day. So it's kind of a day-to-day thing, but we anticipate good results."

Ohtani, who bats left and throws right, pitched in his first major league game in nearly 23 months on July 26 after coming back from elbow surgery, but struggled with control and allowed five runs without recording a single out.

At the plate, Ohtani is hitting .148 with two home runs and seven RBIs in six games.

The 2020 Major League Baseball regular season, reduced to 60 games due to the coronavirus pandemic, is expected to end in late September.