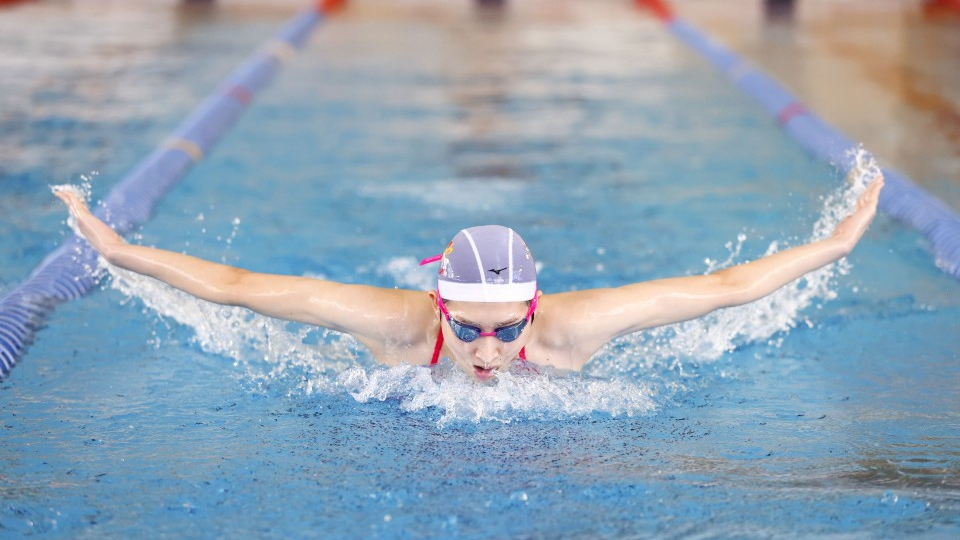 Japanese swimmer Rikako Ikee, who has been battling leukemia since last year, swims during practice in Tokyo on July 2, 2020. (Kyodo)

TOKYO - Japanese swimmer Rikako Ikee, who went public with her leukemia diagnosis in February last year, will return to competition at a Tokyo meet to be held later this month, sources familiar with the matter said Tuesday.

The 20-year-old Nihon University student will compete in the women's 50-meter freestyle at a meet sanctioned by the Tokyo Swimming Association to be held Aug. 29 at the Tokyo Tatsumi International Swimming Center, according to the sources.

Ikee was considered a contender for multiple medals at the now-postponed 2020 Tokyo Olympics, but she was forced to put all swimming-related activities on hold to focus on treatment following her diagnosis.

Ikee revealed that she has acute lymphatic leukemia, and she has not competed in a race since January 2019.

Last month, Ikee gave the media online access to one of her training sessions, and said that she was eyeing a comeback at the Japan intercollegiate championships in early October.

She was released after a 10-month hospitalization in December, at which time she said on social media she has set a goal of competing in the 2024 Paris Olympics. She then announced in March that she was back in the pool for the first time since her cancer diagnosis.

Ikee delivered a speech at an event marking the start of the one-year countdown to the Tokyo Olympics on July 23.

The Tokyo Games have been postponed for a year due to the coronavirus outbreak.