Secretary of State Mike Pompeo said Wednesday that the United States views the threat posed by China as "much more difficult" to counter than that presented by the Soviet Union during the Cold War, citing Beijing's economic clout among other factors.

Pompeo made the remarks in Prague, where he again called on like-minded countries to join U.S. efforts to confront the Chinese Communist Party, which he says is leveraging "economic power to coerce countries," denying freedom to the people of Hong Kong and attempting to dominate the South China Sea. 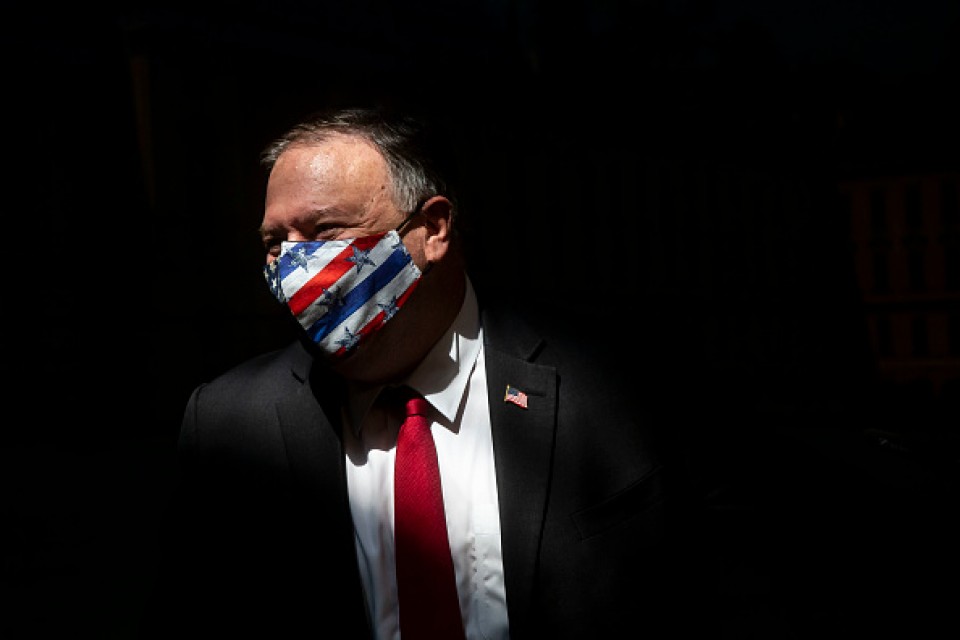 U.S. Secretary of State Mike Pompeo wears a mask at a press conference on August 12, 2020 in Prague, Czech Republic. (Getty/Kyodo)

But while the increasing U.S.-China rivalry has raised concerns about the emergence of a new Cold War, Pompeo said the current situation "isn't Cold War 2.0."

"The challenge of resisting the CCP threat is in some ways much more difficult. That's because the CCP is already enmeshed in our economies, in our politics, in our societies in ways the Soviet Union never was," he added, using the acronym of the Chinese Communist Party.

"And Beijing is not likely to change course in the near future, although one lives in hope."

Last month, Pompeo made a major speech on China policy and declared an end to what he called his country's decades-old "blind engagement" with Beijing.

Pompeo also called on other countries to work together to counter the threat of a "new tyranny" from the Communist country.