As he prepares to kick off the Bundesliga season, Japanese winger Keita Endo hopes to write a feel-good story to match that of his new club.

Endo last month departed Yokohama F Marinos on a one-year loan to Union Berlin, who finished 11th in their maiden top-flight campaign last season after being tipped for relegation.

Union, based in the former East Berlin, have since made several off-season moves aimed at continuing their ascent, including the deal for Endo.

The 22-year-old left winger, who helped Marinos win the J-League championship last year, is aiming to nail down a starting spot for Union when the season gets under way next month. 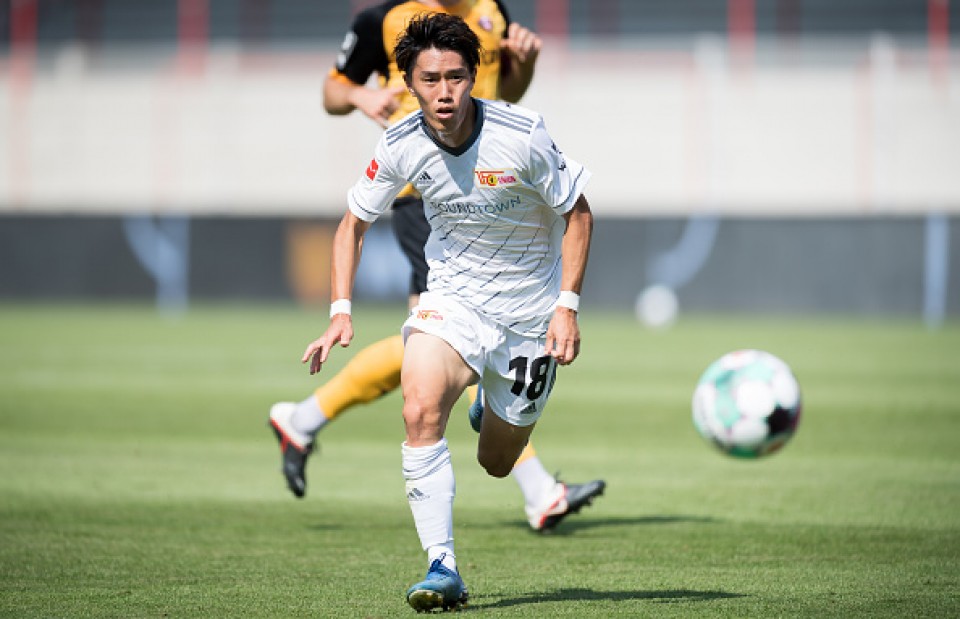 "I need to be consistent with my speed and dribbling. I want to focus on polishing my skills," Endo said.

The early taste of German soccer highlighted the differences in the way the game is played compared to Japan, Endo said.

Endo said the presence of other young Japanese players already established in Europe -- such as Takehiro Tomiyasu at Bologna and Takefusa Kubo at Villarreal -- would help spur him toward selection for the Tokyo Olympic Games.

"It motivates me, but it doesn't feel like a rivalry. If I can make an impact here, Olympic selection will follow," he said.

Wearing the No. 18 shirt, as he did in his early days with Marinos, Endo has set a target of scoring or assisting 10 goals for the season.