A small gallery in the suburbs of Tokyo is trying to share with the rest of the world a series of paintings by a couple who witnessed the aftermath of the atomic bombing in Hiroshima 75 years ago.

The 53-year-old museum that displays the works by the late Iri and Toshi Maruki, who were nominated for the Nobel Peace Prize in 1995, started an online fundraiser in June to create a short video introducing the Hiroshima Panels. 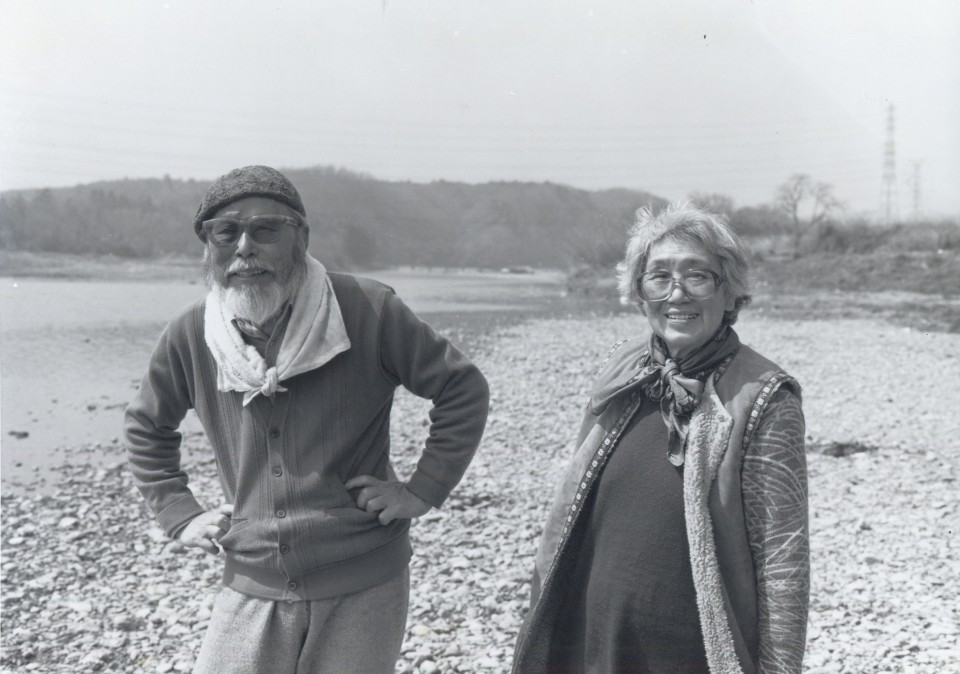 Combining Japanese traditional and western painting techniques, the husband-and-wife artists spent more than 30 years creating a set of 15 large paintings depicting the horrors of the U.S. atomic bombings of the cities of Hiroshima and Nagasaki at the end of World War II.

By posting the virtual-tour video on the internet, the Maruki Gallery for the Hiroshima Panels is hoping to broaden its fan base to include people from different ages and nationalities.

Having already surpassed its initial goal of raising over $10,000, the gallery hopes introducing the panels to a wide range of people will allow it to strengthen its financial foundation and continue to pass on the historical artwork. 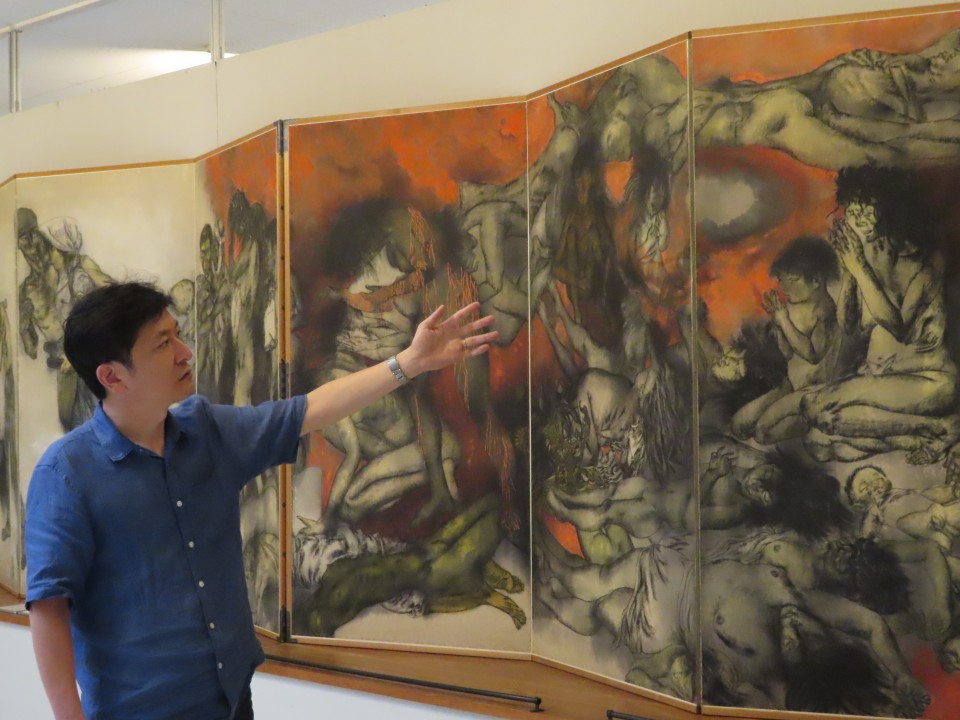 Yukinori Okamura, the curator and managing director of the Maruki Gallery for the Hiroshima Panels, gives an interview at the gallery in Higashimatsuyama, Saitama Prefecture, on July 10, 2020.(Kyodo)

"The paintings are on life-size panels and make it seem like the ruins are stretched right in front of the viewer," said Yukinori Okamura, the gallery's curator and managing director.

"We want people from around the world to get to know the gallery. Even for those in Japan who have wanted to visit but couldn't, I hope the virtual tour will allow them to understand what kind of place this is and what we exhibit."

The works, drawn on panels each standing 1.8 meters by 7.2 meters, are based on the Marukis' experience of going to Hiroshima just days after the Aug. 6, 1945, bombing and the scenes they reconstituted by gathering stories from survivors. The first panel was released in 1950.

The gallery was built in 1967 by the couple in Higashimatsuyama, Saitama Prefecture, after the panels were exhibited around the country and overseas.

The virtual tour of the gallery will be directed by visual artist and filmmaker Takashi Arai, whose photographs focusing on nuclear issues have been held in collections by the Smithsonian Institution and the Museum of Fine Arts, Boston, among others. 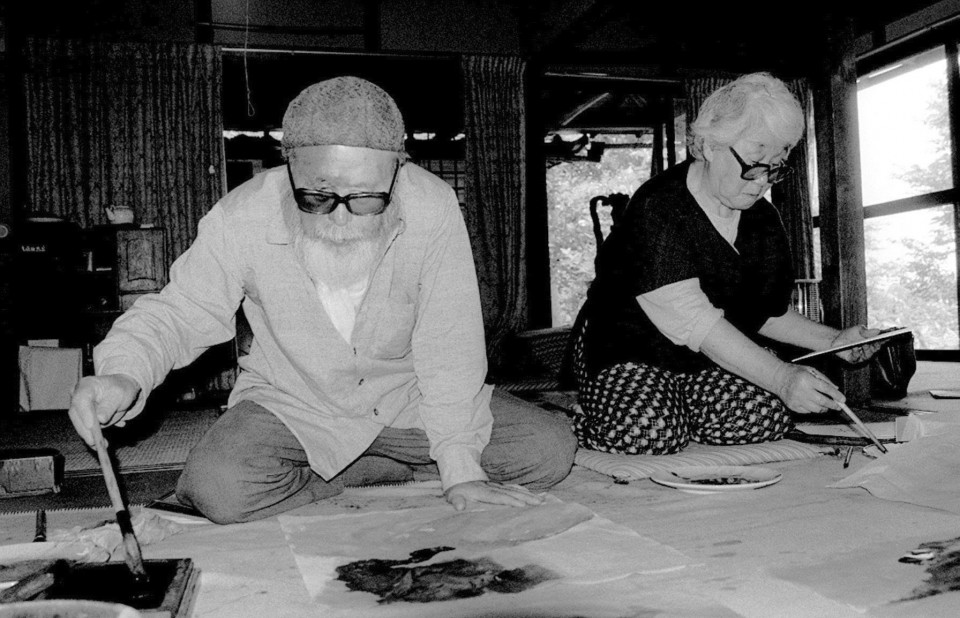 File photo shows the late husband-and-wife artist team of Iri (L) and Toshi Maruki painting together at their studio in Higashimatsuyama, Saitama Prefecture, in July 1990. (Kyodo)

According to Arai, the roughly 20 to 40-minute video is set to be a "half fictional" short film in which a multiracial protagonist visits the gallery and learns about the Marukis and their work. Contemporary artists who held exhibitions there and others related to the Hiroshima Panels will share their experience and thoughts.

Scheduled for completion by the end of the year, Arai said he hopes the video will act as an "entrance" for those who have never heard of the paintings.

"The museum has often been discussed in the context of anti-war and anti-nukes, but the film will focus on something different. The priority is to inform people that the Hiroshima Panels are displayed and how the gallery has protected them and grown," Arai said.

"I want to send a message that the Marukis' work is relevant today, even though they have passed away," the 42-year-old said.

Yumiko Iwasaki, a supporter of the gallery who has been helping out with fundraising, said she wants the virtual tour to attract people who can chip in to assist the museum.

Since its opening, the gallery has depended largely on admission fees from visitors since it does not financially rely on public subsidies and corporations. But its location -- more than an hour from Tokyo -- has been a challenge for people to make more than an occasional visit. 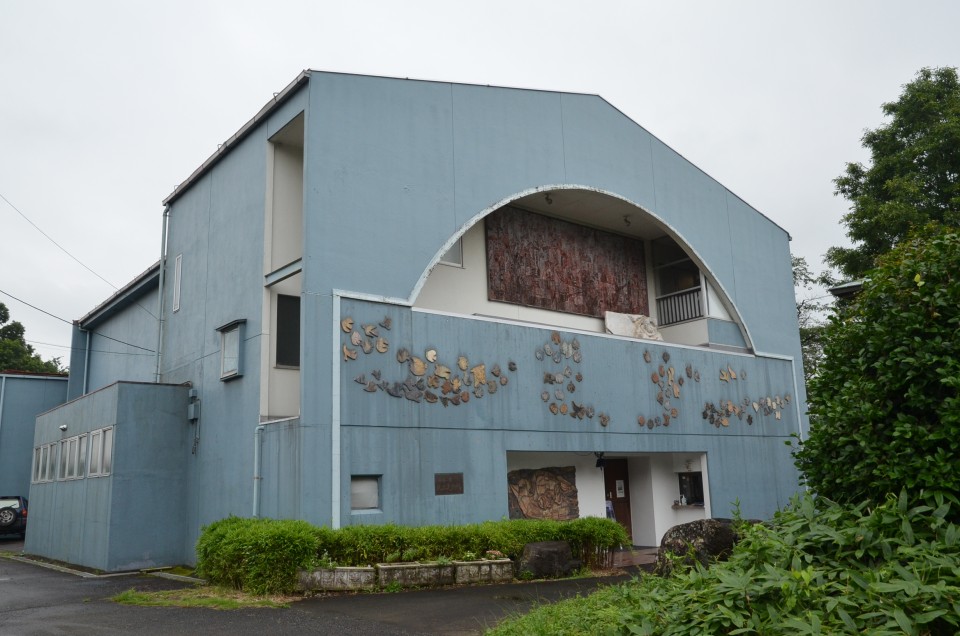 The Maruki Gallery for the Hiroshima Panels in Higashimatsuyama, Saitama Prefecture. (Kyodo)

"We have always been focused on increasing the number of visitors. But we only have three staff, so we are all very exhausted," Okamura said. "The biggest challenge we face is how to continue to stabilize our financial base in the future. Gaining support from overseas is absolutely necessary for our survival."

During the novel coronavirus pandemic this year, the gallery launched its first online project, an emergency relief fund to make up for the loss of revenue during its two-month closure. To the staff's surprise, it collected over 50 million yen ($472,000).

The gallery exhibits 14 paintings of the Hiroshima Panels, with the final piece "Nagasaki" displayed at the Nagasaki Atomic Bomb Museum in southwestern Japan.

Among the paintings, "Ghosts," the first panel of the series made public five years after the end of the war, shows people walking with their arms extended in front of them after their clothes were burned off and skin peeled due to the bombing.

The Marukis also dealt with other war-related subjects, such as the Nanjing Massacre, the Auschwitz concentration camp, and the Battle of Okinawa, before Iri died in 1995 at the age of 94 and Toshi passed away in 2000 at 87.

"We can never really understand the pain of the survivors by viewing the work, it is absolutely impossible. Nobody can imagine or feel the pain that the atomic bomb caused," Okamura, 46, said.

"But even though we live in a different time, people are in pain or feeling hurt to some extent. Many people are mentally in a state of war even if they are not physically fighting in a war," he said. "I think that is why the (Marukis') work moves people."

According to Okamura, the couple and their supporters exhibited the panels around Japan when reporting the effects of the bombings was restricted under the occupation of the Allied powers. Okamura said the panels served as a way to convey to the public the suffering caused by the bombings.

In 2015, the Hiroshima Panels were flown to the United States and exhibited in Washington, New York and Boston. 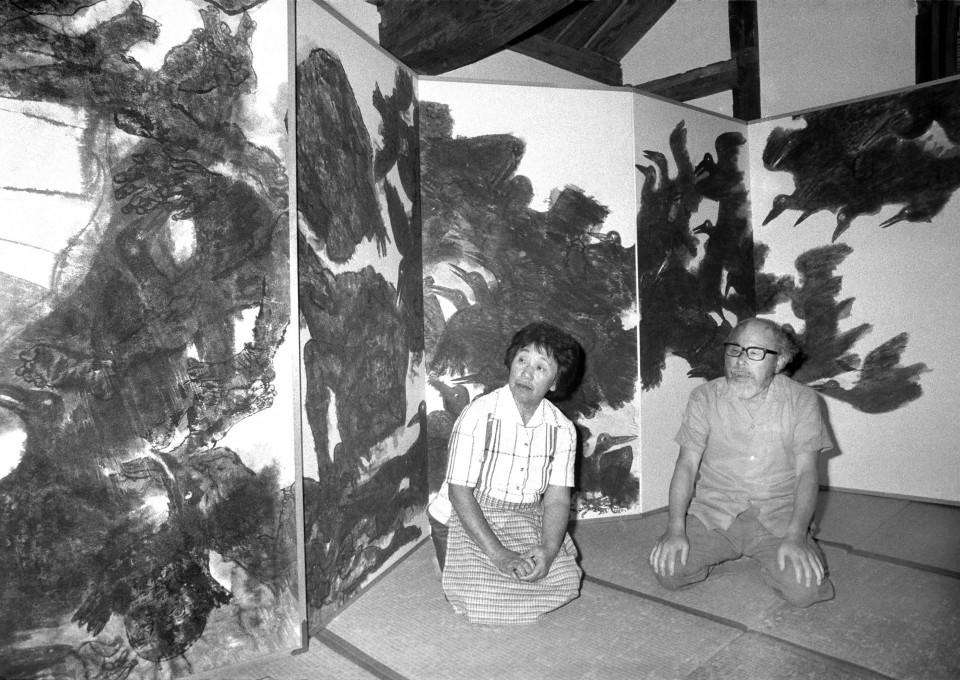 File photo shows the late husband-and-wife artist team of Iri (R) and Toshi Maruki posing for a photograph in front of the 14th piece of the Hiroshima Panels on July 29, 1972. (Kyodo)

Peter Kuznick, a history professor at American University, who helped organize the exhibition at his university in the U.S. capital, recalled that many people who viewed the paintings were "moved to tears" and pinned high hopes for the virtual tour.

"The gallery is not that accessible to most citizens or visitors and it is not nearly as well known as it should be. Virtual tours will allow so many more, including my students in the U.S., to experience the paintings," he said.

"On one level, they (the Hiroshima Panels) are magnificent works of art. On another, they are profound and often terrifying statements about humanity," he said. "They are a testament to both human cruelty and human creativity, resilience, and the ability to survive even the most nightmarish of conditions," he said.

While introducing the paintings virtually will allow the Marukis' work to gain recognition, Okamura and Kuznick agree that visiting the gallery and becoming absorbed in them still means the most.

"The internet has the power to diminish physical distance. It is a huge merit for a gallery like ours where people had trouble coming," Okamura said. "At the same time, the paintings are a work of art. It is important for people to look at them with their own eyes."