The body of a 62-year-old construction worker was found Friday in a 30-meter-deep oil tank at a construction site in Yokohama, near Tokyo, after an apparent accident earlier this week, police said.

After removing rainwater from the old tank, police and rescue workers on Friday morning located the heavy machinery that had been in use at the time of Tuesday's accident.

Divers then found the body of Kazuaki Takahashi near the driver's seat of the machinery at around 5:40 p.m., the police said. 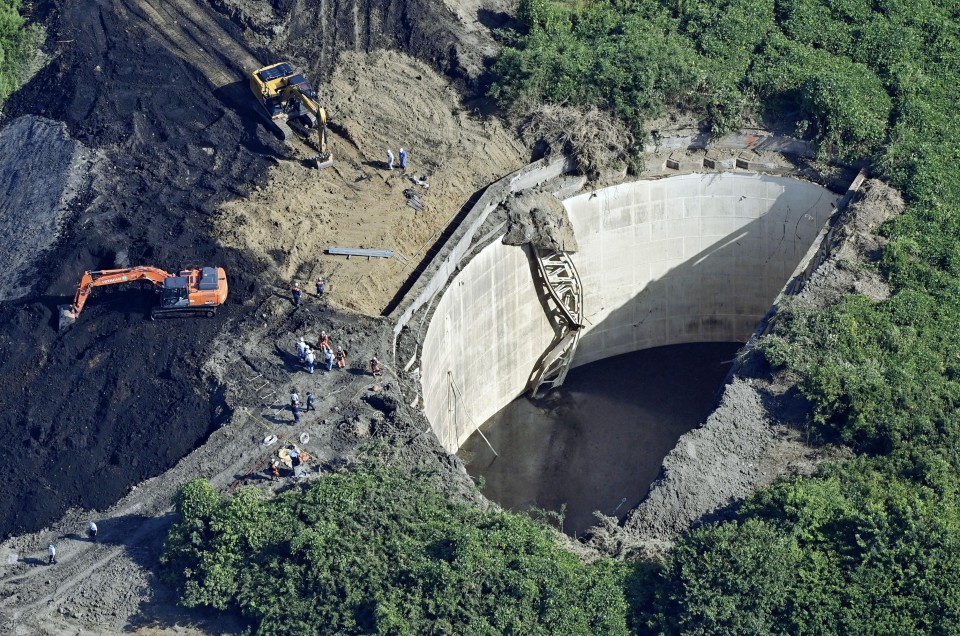 An oil tank in Yokohama City to where a 62-year-old construction worker fell into while operating heavy machinery on Aug. 25, 2020. (Kyodo)

Takahashi apparently fell into the tank on Tuesday evening with the equipment he was using near the tank's edge. The police believe part of cover of the tank collapsed, carrying the heavy machinery along with its operator into the hole.

The oil tank, measuring 45 meters in diameter, was originally constructed for use by the Japanese Navy. After World War II, it had been used for jet fuel storage by the U.S. military before the lot was returned to Japan in 2005.