Two pet dogs of two coronavirus patients have tested positive for the coronavirus, a pet insurance company said Monday, marking the first cases in which infection of a pet animal has been reported in Japan.

The two dogs have not shown any symptoms and one has already shown negative results in more recent tests, Anicom Holdings Inc. said. 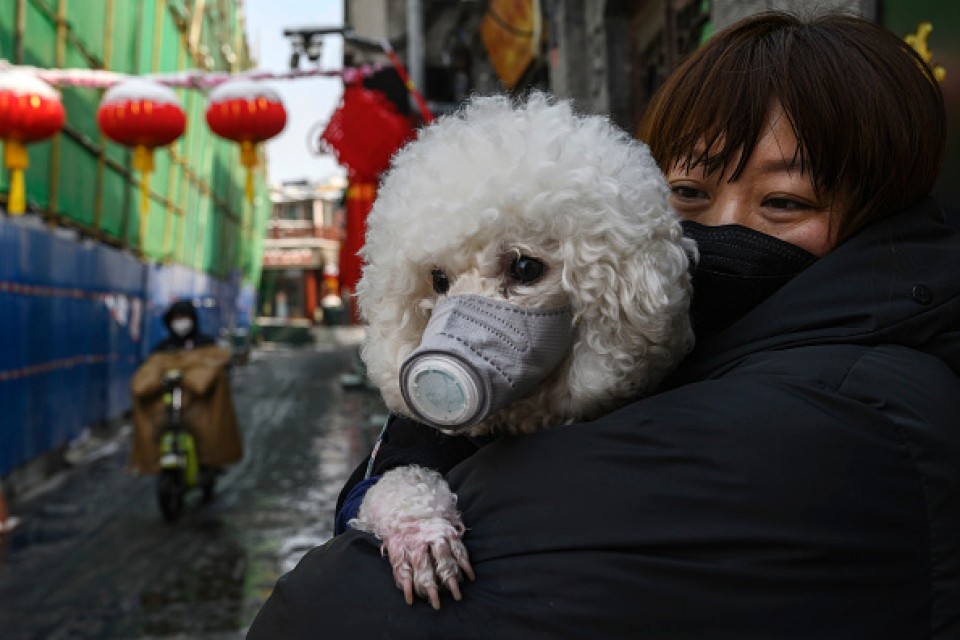 A woman holds her dog that is wearing a protective mask as well, as they stand in the street on Feb. 7, 2020, in Beijing. (Getty/Kyodo)

While COVID-19 cases have been confirmed among pet cats in a number of countries including the United States, Belgium and France, fewer cases have been reported involving dogs overseas, according to the company.

The Anicom group launched a new service in April allowing coronavirus patients to entrust their pets to the care of its employees for free while the owners are in the hospital or isolation.

The company said the two dogs were entrusted to it in late July and it has continued to look after them in isolation after they tested positive. None of its employees who had contact with the dogs or other animals have developed health problems.

Overseas, most of the pet animals which have been found infected reportedly showed mild symptoms and they are believed to have contracted the virus from humans.

In China, media reports have said some owners abandoned their pet dogs and cats apparently believing pets can transmit the virus to humans.

However, a Japanese Environment Ministry official said there has been "no evidence identifying pet animals as the source of infection" among COVID-19 cases that have been reported.

"Pet owners need to be careful so as not to catch the virus while avoiding excessive contact with their pets" to protect the animals, the official added.

Anicom said it is still premature to determine whether the two dogs have been truly infected with the virus as their owners' virus might have temporarily entered their mouths to trigger positive results in PCR tests. Antibody test results will be necessary to make a definite diagnosis, according to the company.