An old train car that has served as a tourist information center outside Tokyo's busy Shibuya station was removed Monday to be relocated to the northeastern Japan birthplace of Hachiko, the famously loyal dog immortalized in a nearby statue.

The carriage, nicknamed "green frog" due to its color, will arrive in Akita Prefecture on Thursday and be used as a resting space for visitors at a tourist facility promoting the popular Akita breed of dog to which Hachiko belonged in the city of Odate, his birthplace. 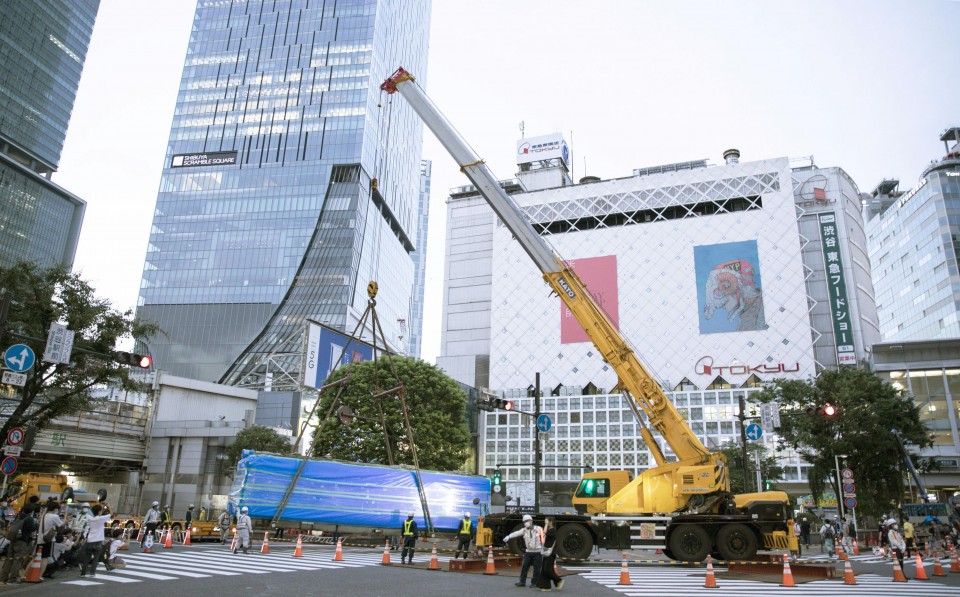 An old train car, nicknamed "green frog" due to its color, that has served as a tourist information center outside Tokyo's busy Shibuya station is removed on Aug. 3, 2020, to be relocated to Akita Prefecture. (Photo courtesy of Shibuya Ward and Odate City)(Kyodo)

Hachiko garnered nationwide attention in the 1920s and 1930s for having shown up at Shibuya station to await its deceased owner's return from work every day for about 10 years.

The train car, a Tokyu Railways carriage of a type in service from 1954 to 1986, had been part of Hachiko Square in front of the station facing the famous Shibuya scramble crossings since 2006. It was located just opposite the statue of the dog, one of the most popular meeting places in the capital.

At around 1:30 a.m. Monday, the carriage was lifted by crane and removed from the square.

"It is an honor that the famous carriage is coming to Odate. We would like to utilize it effectively as a tourism resource," said Tsuyoshi Kudo, head of the northeastern Japan city's tourism section, while watching the removal. 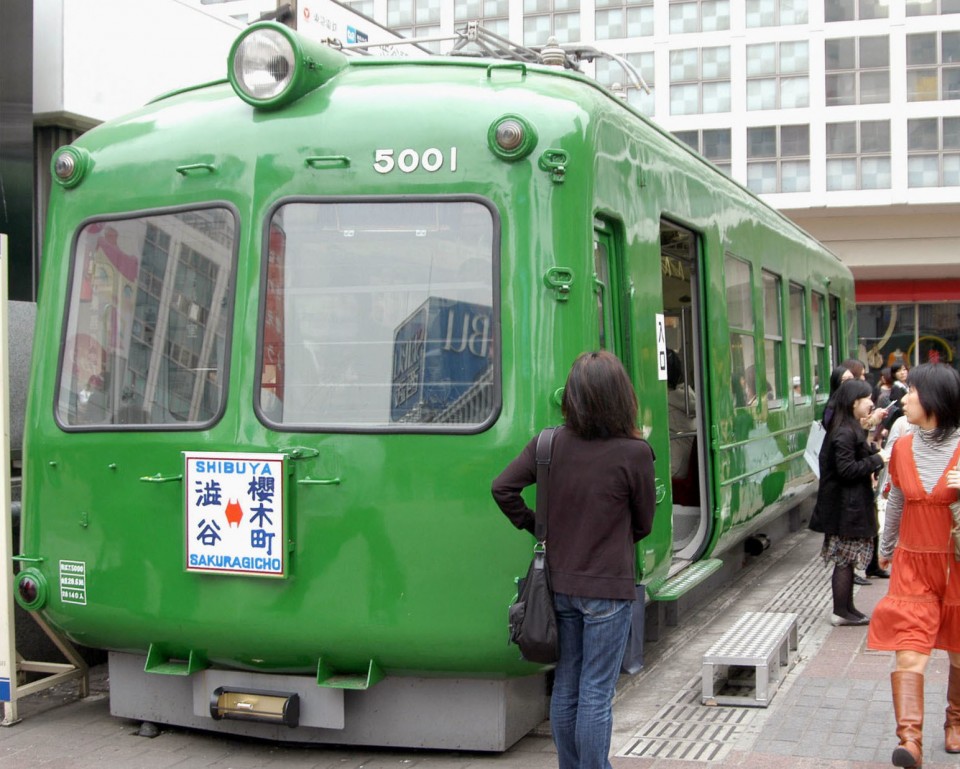 The train car's relocation comes as the square prepares to undergo renovation as part of a major facelift in the Shibuya entertainment district, which is popular among young people.

Hachiko inspired the 2009 film "Hachi: A Dog's Tale," starring Richard Gere and released around the world.