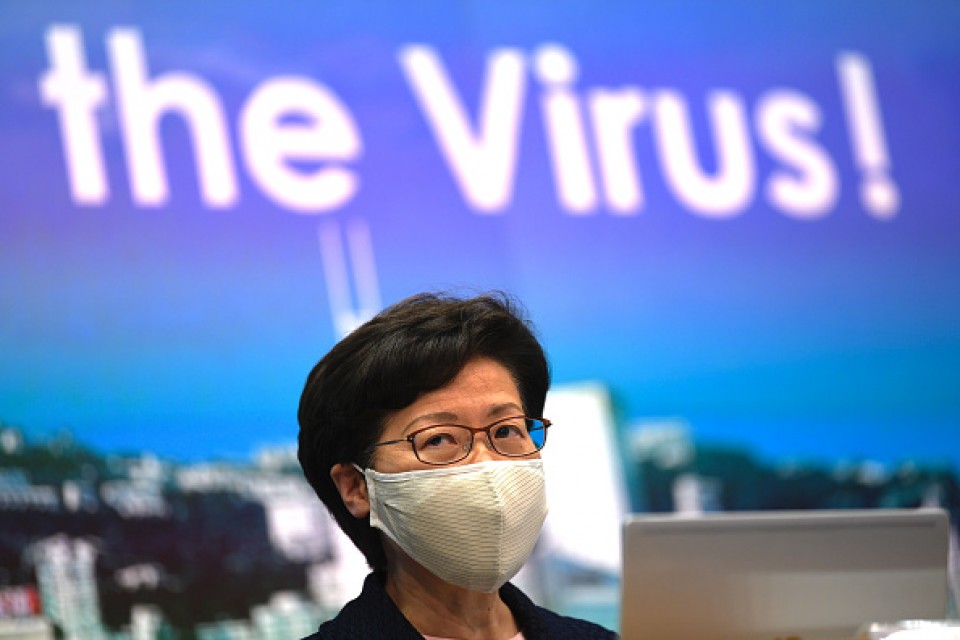 "These sanctions are totally unjustified," Lam told a news conference ahead of a weekly Cabinet meeting. "We will take up some of those sanctions, especially those involving trade. Because Hong Kong is a separate member of the World Trade Organization, to be mistreated by another member of the World Trade Organization breaches the rules and regulations of this international body."

As part of the sanctions issued under an executive order by U.S. President Donald Trump in response to China imposing a sweeping national security law in the territory, Hong Kong-made products for export to the United States will have to bear an origin marking of "made in China" rather than "made in Hong Kong" effective Sept. 25.

The government has since the former British colony's return to Chinese rule in 1997 stressed that Hong Kong is part of China but maintained it is treated as a separate customs territory that enjoys different tariff arrangements when it comes to international trade.

The United States has decided to revoke the special trade status it offered Hong Kong in response to the suppression of a pro-democracy movement that started in 2019 and China's adamant decision to install an anti-subversion law in the territory.

Commerce and Economic Development Secretary Edward Yau has strongly disputed the relabeling decision, saying it forces Hong Kong traders to "tell a lie" about the origin of products.

Lam and 10 others, including her chief officials and Chinese officials, have been put on a U.S. sanctions list that bars them from entering the country and targets financial firms handling their U.S. assets.

Lam said that while the sanctions will cause "some inconvenience in my personal affairs, that is nothing that I will take to heart at all. We will continue to do what is right for the country and for Hong Kong," she said.

Since taking effect on June 30, the law has been used mainly on protesters and political dissidents accused of inciting secession by simply calling out slogans, or colluding with foreign forces. Media mogul Jimmy Lai and activist Agnes Chow were among the suspects in the latest arrests that included a police raid at the offices of a newspaper.

Declining to comment on Lai's arrest or the raid, Lam said national security is not to be compromised, and even rights and freedoms guaranteed in international treaties are subject to restrictions.

"To some extent, the law is a weapon for the rule of law, which is to punish criminals, to deter and penalize. Indeed, in the past year, we have seen the monetary system being used in imposing sanctions, the social media being used in a way that exposes a person's identity without consent, that's all the more reason to have a righteous national security law to handle and protect the people," she said.