In his eighth appearance in the majors, Yamaguchi (1-2) gave up two hits, walked two and struck out two, and limited the damage to one run, a solo shot by Mitch Moreland in the fourth. 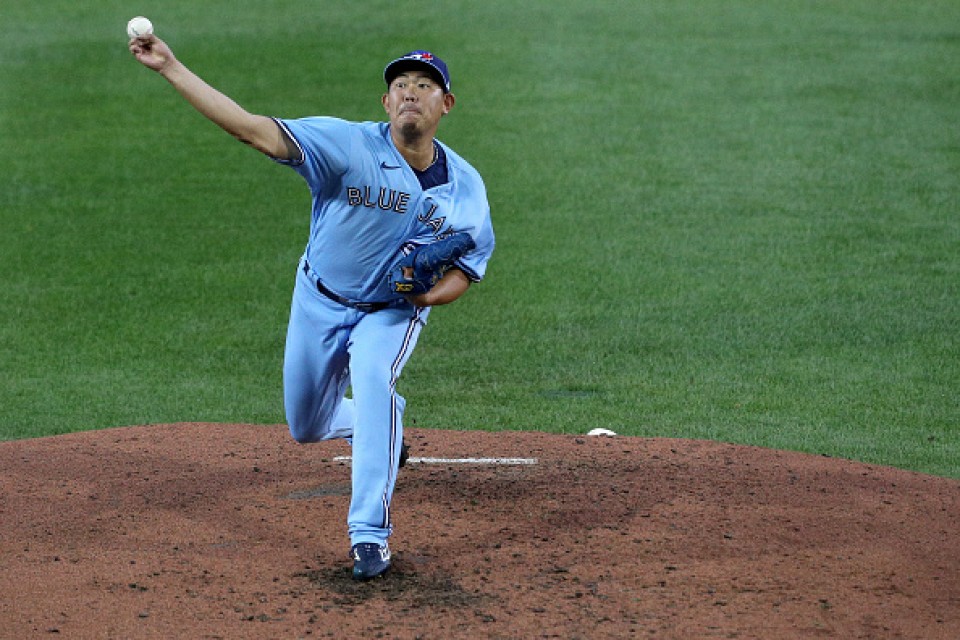 Shun Yamaguchi #1 of the Toronto Blue Jays pitches during the third inning of a game against the Boston Red Sox at Sahlen Field on August 26, 2020 in Buffalo, New York. The Blue Jays are the home team and are playing their home games in Buffalo due to the Canadian government’s policy on coronavirus (COVID-19).(Getty/Kyodo)

The 33-year-old Japanese started his career in the majors with two mediocre relief appearances in July and took the loss both times, but has been more productive this month, allowing just a run over 7-2/3 innings and striking out 10 in the last five games.

"I've struggled since the start of the season as I couldn't quite adjust to American baseball but I'm finally seeing the results of my efforts," Yamaguchi said.

"I'm feeling I must have done something wrong in my training and pitching drills."

Rowdy Tellez hit two homers while Rafael Dolis and Anthony Bass, who both have playing experience in Japan, were among the five pitchers who took the mound for Toronto at their temporary home base Sahlen Field.

Yamaguchi spent 14 years in Japan with the DeNA BayStars and Yomiuri Giants. He became the first Giants player to move to MLB via the posting system. 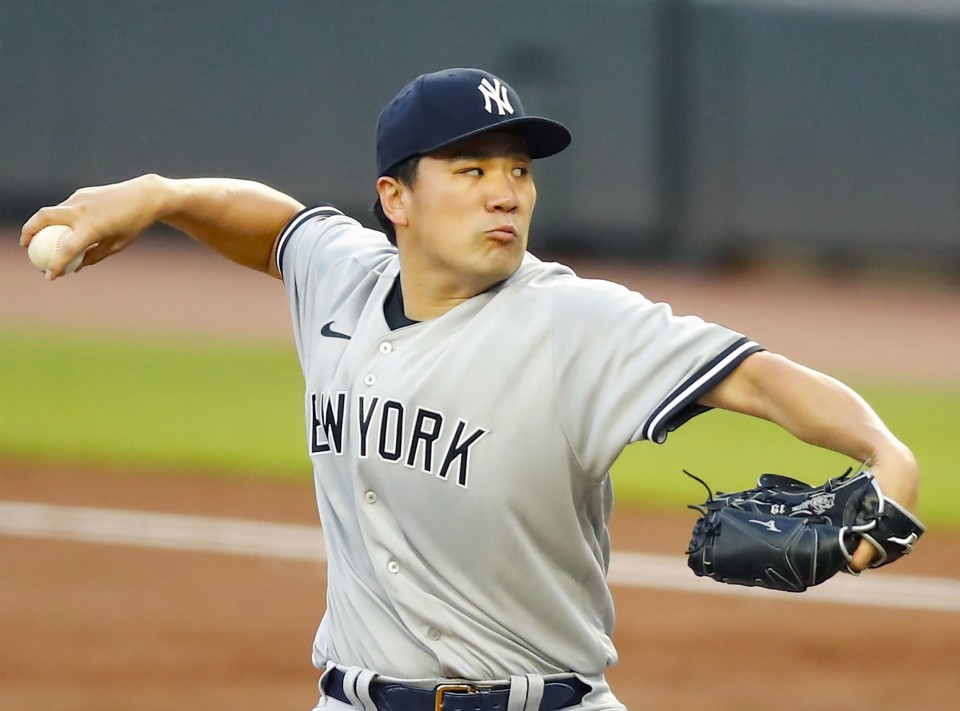 Masahiro Tanaka #19 of the New York Yankees delivers the pitch in the second inning of game two of the MLB doubleheader against the Atlanta Braves at Truist Park on August 26, 2020 in Atlanta, Georgia.(Getty/Kyodo)

At Truist Park in Atlanta, Masahiro Tanaka threw five shutout innings in a no-decision as the New York Yankees lost 2-1 against the Atlanta Braves in the second game of a seven-inning doubleheader.

Tanaka, who has recorded double-digit wins in each of his six seasons with the Yankees, remains without a win after five starts this season.

The Yankees starter allowed three hits and fanned four in a 66-pitch effort. He left the mound with his team leading 1-0 but Freddie Freeman hit a two-run homer in the sixth to give the Braves a doubleheader sweep.

"My sliders were good. I adjusted well after my last outing," said Tanaka. "They were good, but the most important thing is to throw quality pitches consistently."