Coin sets celebrating 25 years of Evangelion to be issued

Preorders via the Mint's online shop or by post will be accepted from Friday through Sept. 17. The coin sets will also be available for purchase at official Evangelion stores in Tokyo, Osaka and Fukuoka prefectures around November, as well as overseas. 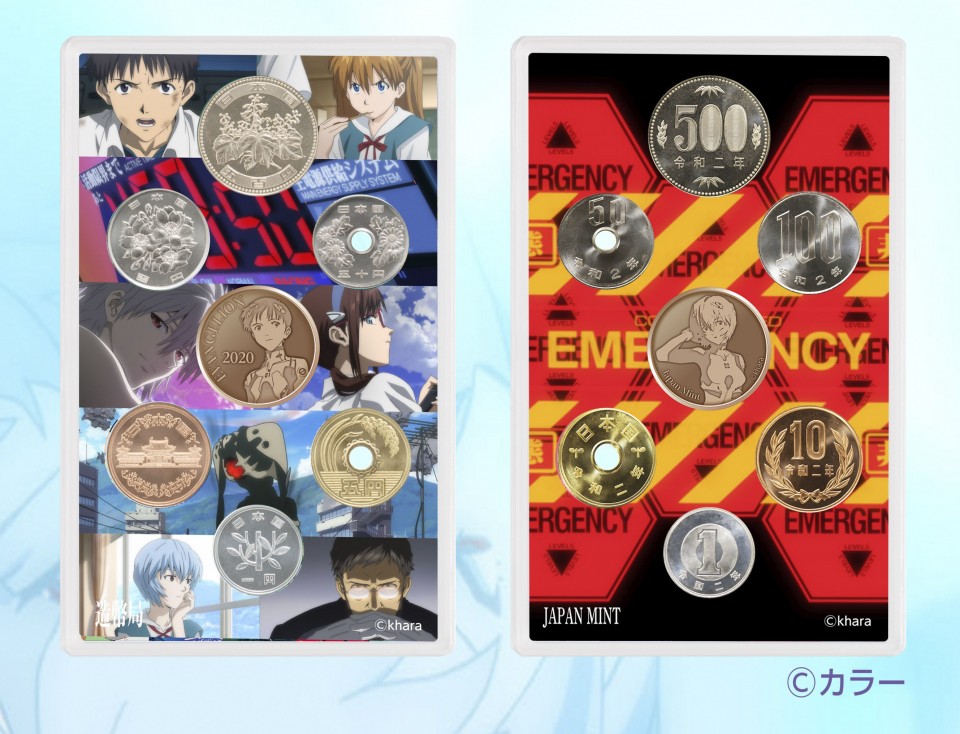 The series, which began in 1995, features teenage pilots of giant humanoid robots combating alien beings known as "Angels." A new Evangelion film, scheduled to be released in June this year, was postponed due to the coronavirus pandemic.

Proof coin sets, featuring specially treated coins with a mirror-like finish and a special leather case, will retail for 13,700 yen ($129) including tax and postage.

Limited to 20,000 sets, they will contain the six denominations of Japanese coins in circulation as well as a silver medal featuring a color print of Unit 01, the Evangelion piloted by the series' protagonist Shinji Ikari.

In addition, 50,000 regular coin sets, comprising the six coins in circulation plus a tombac medal of Shinji Ikari and Rei Ayanami, the pilot of Evangelion Unit 00, will retail for 2,500 yen including tax and postage.

Customers will be chosen by lottery if preorders exceed the number of sets available and a limit on how many sets can be purchased per person may also be imposed. Deliveries will commence in late October, the Mint said on its website.

"It's a series that has continued to charm many people from all generations and countries. I hope they take this opportunity to appreciate Japanese coins," said a Japan Mint official in charge.