A town in Gunma Prefecture, northwest of Tokyo, will start a trial of an autonomous amphibious tour bus in winter as it seeks to facilitate tourism and realize the smooth transportation of goods in the future.

It will be the first such trial in the world, according to the town of Naganohara. The amphibious tour bus began manned operation last month around the Yamba Dam.

The project team involving the Saitama Institute of Technology and other organizations plans to conduct research and development of the vehicle for two years, aiming to put it into practical use in five years, according to the institute.

The team has secured a budget of around 250 million yen ($2.36 million) for the fiscal year ending next March, with a contribution from the Nippon Foundation.

Making full use of artificial intelligence technology, engineers must develop a new sensor for the vehicle as oscillation on land and in water differs, the institute said. 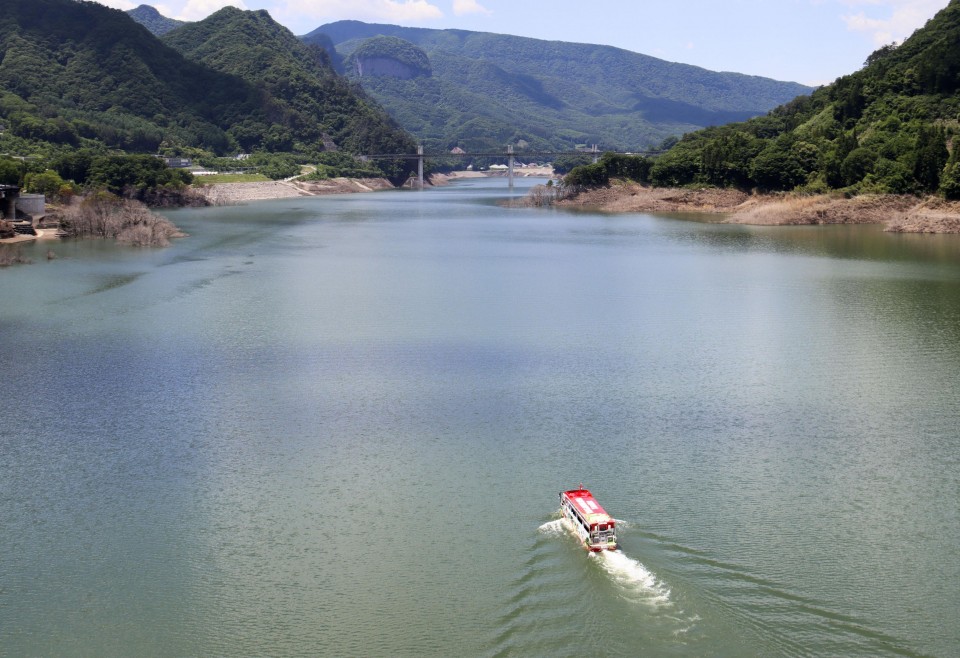 "If this is realized, we can transport goods between remote islands without transshipment or changing drivers and can keep the operation cost low as well," said Daishi Watabe, an engineering professor at the institute.

The driverless test will be carried out mainly in winter when the bus, which can accommodate 40 people, is not used for tours.

The tour bus is currently operating around the Yamba Dam, taking visitors to its lake, sightseeing facilities and a camping site.

"I'm deeply moved that this world-first technological development will kick off at the Yamba Dam," Chikao Hagiwara, mayor of Naganohara, said, adding that the town would like to utilize the dam as a precious tourism resource.

The Yamba Dam was completed at the end of March this year, 68 years after initial surveys were conducted. It was opposed by some local residents and construction was briefly suspended after the Democratic Party of Japan-led government came to power in 2009 with a pledge to reconsider large-scale public works projects.

Work on the dam resumed after Gunma, Tokyo and four other surrounding prefectures demanded it.