Sekiwake Shodai and rank-and-filer Terutsuyoshi each earned a dramatic win on Saturday, filling the penultimate day of the July Grand Sumo Tournament with more than its share of surprises.

Shodai was the first to steal the show by throwing a monkey wrench into sumo's feel good story of the year handing No. 17 maegashira Terunofuji his second loss and denying him a chance to clinch his first championship in over five years.

Fighting in the elite makuuchi division for the first time since January 2018, Terunofuji was still able to hang on to his one-win tournament lead. That came thanks to a shocking victory by No. 7 Terutsuyoshi, his Isegahama stablemate, over ozeki Asanoyama, who ended the day tied with Shodai and fellow sekiwake Mitakeumi at 11-3.

In the finale, Terutsuyoshi (8-6) charged head-first toward the ozeki's waist, wrapped up his opponent's left leg and flipped him over in a stunning and unorthodox upset. 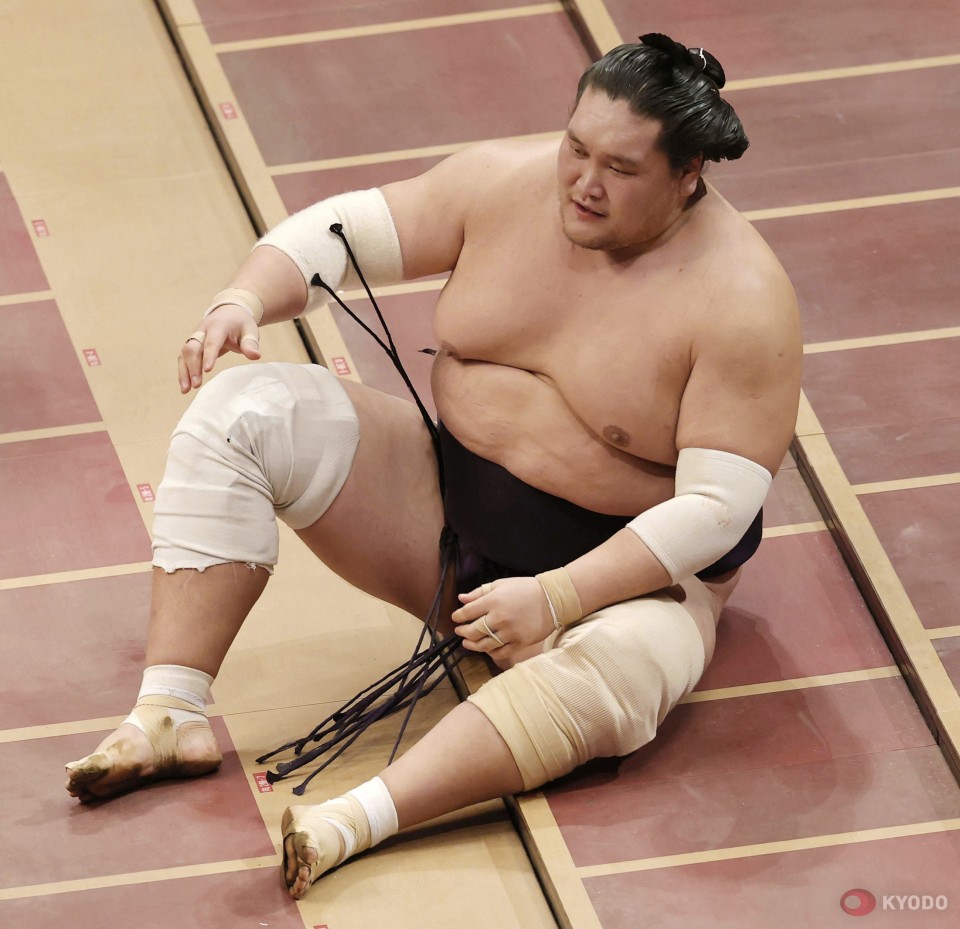 No. 17 maegashira Terunofuji contemplates his second defeat of the July Grand Sumo Tournament after being floored by sekiwake Shodai on the penultimate day of action at Tokyo's Ryogoku Kokugikan. (Kyodo)

"I was thinking of how my opponent will start the bout since last night, and I thought I only have one shot at winning," Terutsuyoshi said. "So he (Terunofuji) still has the sole lead. I want him to win tomorrow."

In what was set up to be the day's big match, Shodai got the jump on his opponent and was able to drive Terunofuji back toward the straw, the 28-year-old Mongolian's left foot sliding as he struggled to find traction.

When Terunofuji arrested his reverse motion, Shodai yanked him downward and off balance. Terunofuji briefly escaped but was unable to fend off Shodai's beltless arm throw.

Of the four former ozeki competing at the lower rungs of the division, two made progress toward earning 10 wins. 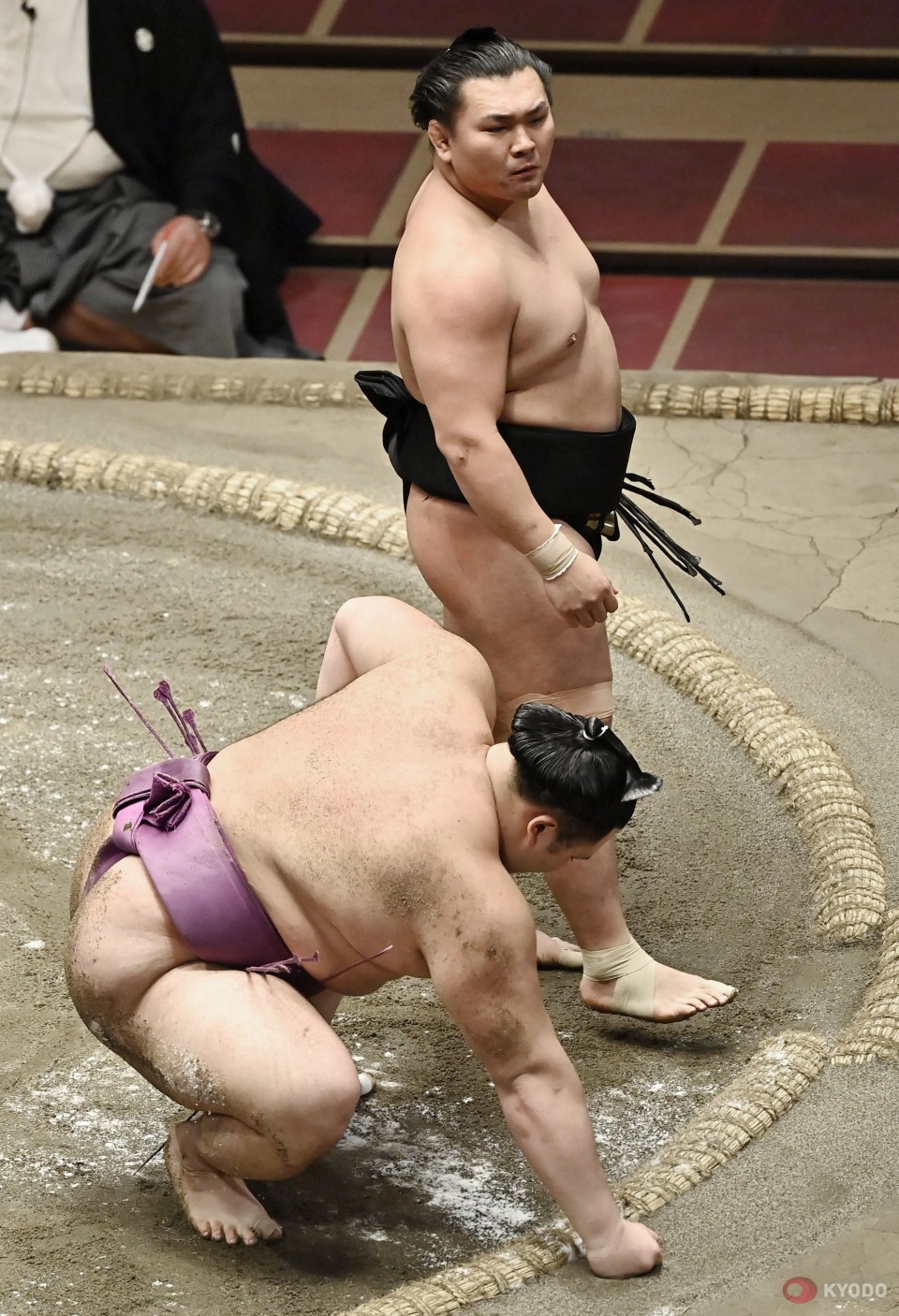 No. 7 maegshira Terutsuyoshi (back) upsets ozeki Asanoyama in the final bout of day 14 at the July Grand Sumo Tournament. (Kyodo)

A day after securing a winning record in his first tournament in the upper division, makuuchi debutant Kotoshoho was slapped down to his sixth loss by No. 10 Myogiryu (10-4), ensuring he won't reach 10 wins at the first go.