Japan and Cambodia agreed Saturday to reopen borders for expatriates, starting possibly from early September, on condition they observe a 14-day self-quarantine period and take other precautions against the novel coronavirus.

Foreign Minister Toshimitsu Motegi agreed on the policy with Cambodian Prime Minister Hun Sen during their meeting in Phnom Penh, according to the Japanese Foreign Ministry. 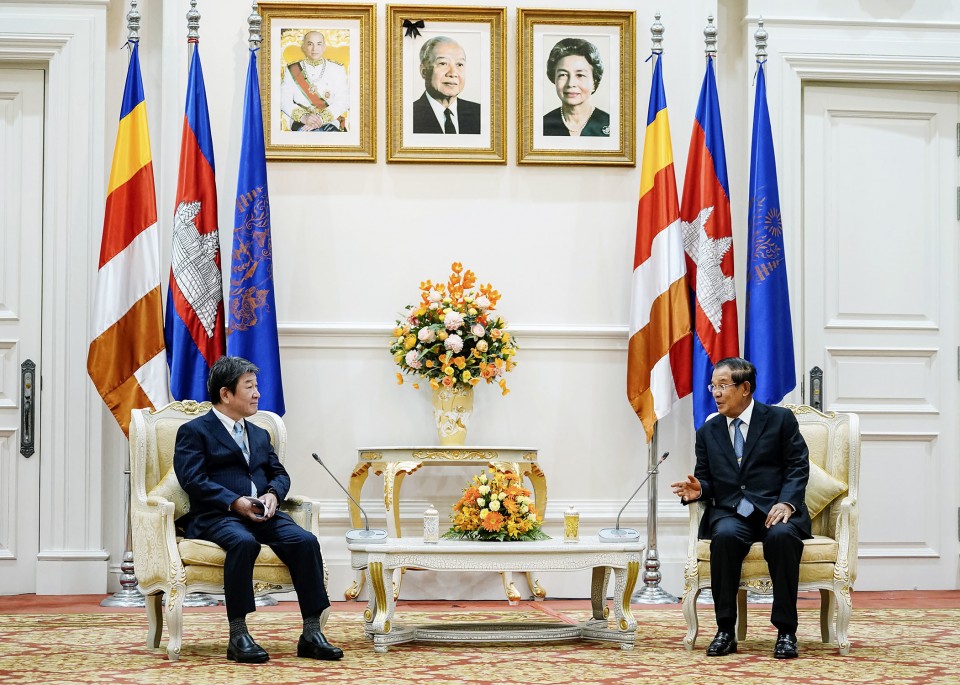 Japan, Malaysia may resume travel in early Sept. for expatriates

It is the third such deal Japan has struck this month following those with Singapore and Malaysia, as Tokyo looks for ways to gradually relax its restrictions on the entry of foreign nationals from nearly 150 countries since the outbreak of the virus which causes the COVID-19 respiratory disease.

Motegi aims to clinch similar travel resumption agreements with Laos and Myanmar, which he will visit on the final two stops of his four-nation tour through Tuesday. Before arriving in Cambodia, he was in Papua New Guinea.

He also told the prime minister that Japan is prepared to allow the entry of Cambodia students sponsored by the Japanese government at an early date, according to the ministry.

In addition to bilateral affairs, they discussed the situations in the South China Sea and North Korea, agreeing to maintain close cooperation on those issues, the ministry said.

Motegi also held talks separately with his Cambodian counterpart Prak Sokhonn, who doubles as the country's deputy prime minister, during which the two agreed to speed up talks toward easing entry restrictions for short-term business travelers, it said.