Dengue at record high in Singapore amid COVID-19 pandemic

Singapore is grappling with a record number of dengue cases this year, and workers being encouraged to work from home to curb the spread of the COVID-19 pandemic is one of the main factors, the National Environment Agency said Wednesday.

As of Tuesday, there have been 22,403 reported dengue cases this year, compared with nearly 16,000 cases for the whole of last year, the agency said on its website. The number surpasses the previous record of 22,170 set in 2013. 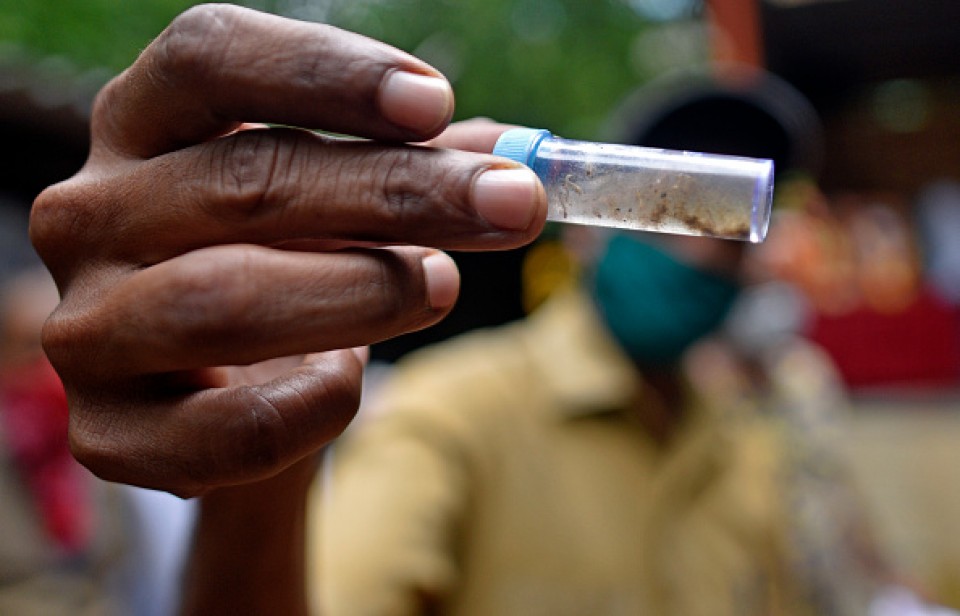 A BMC worker checks and found dengue mosquito at Jogeshwari during Covid-19 pandemic, on July 27, 2020 in Mumbai, India. (Hindustan Times/Getty/Kyodo)

This is the eighth consecutive week in which the number of reported dengue cases has exceeded 1,000, it said.

Twenty people have died from dengue so far this year, ranging in age between 25 and 92, according to the Health Ministry.

The sharp spike in dengue cases coincides with the two-month semi-lockdown called "Circuit Breaker" that Singapore imposed since April this year, during which people have been asked to telecommute from home.

The weekly caseload started to rise above the 300-400 band from the beginning of May, the National Environment Agency said.

"With more people staying at home, there would be more human hosts for the female Aedes aegypti mosquitoes to target, which is a day-biter and harbors within the indoor environment, and this would have partly contributed to the recent increase in cases."

Another factor is a reduction in some landscaping works due to manpower shortages and the cessation of building activities that could have resulted in maintenance neglect at construction sites, it said.

The severe outbreak of COVID-19 in the crowded dormitories housing thousands of lowly-paid migrant workers, which forced the total lockdown of the dormitories for months, has disrupted the supply of these workers, many of whom work in the construction industry or provide essential services such as the maintenance of public infrastructure.

The traditional peak dengue months in Singapore are from May to October, with warmer and wetter weather.

Since last month, the government started to impose heavier penalties for households caught with repeated or multiple mosquito breeding offences instead of just a $200 (US$146) composition fine for any mosquito breeding site detected in their homes.

For example, for third or subsequent offences, offenders may be hauled to court where they could face a fine of up to S$5,000 or up to 3 months jail or both.