Prime Minister Shinzo Abe left a hospital in Tokyo on Monday evening having undergone what an aide called "a one-day regular health checkup" amid speculation about his condition.

Abe's visit to Keio University Hospital, his first in two months, lasted around seven and a half hours and came amid concerns about his health after a weekly magazine reported earlier this month that he had vomited blood at his office in July. 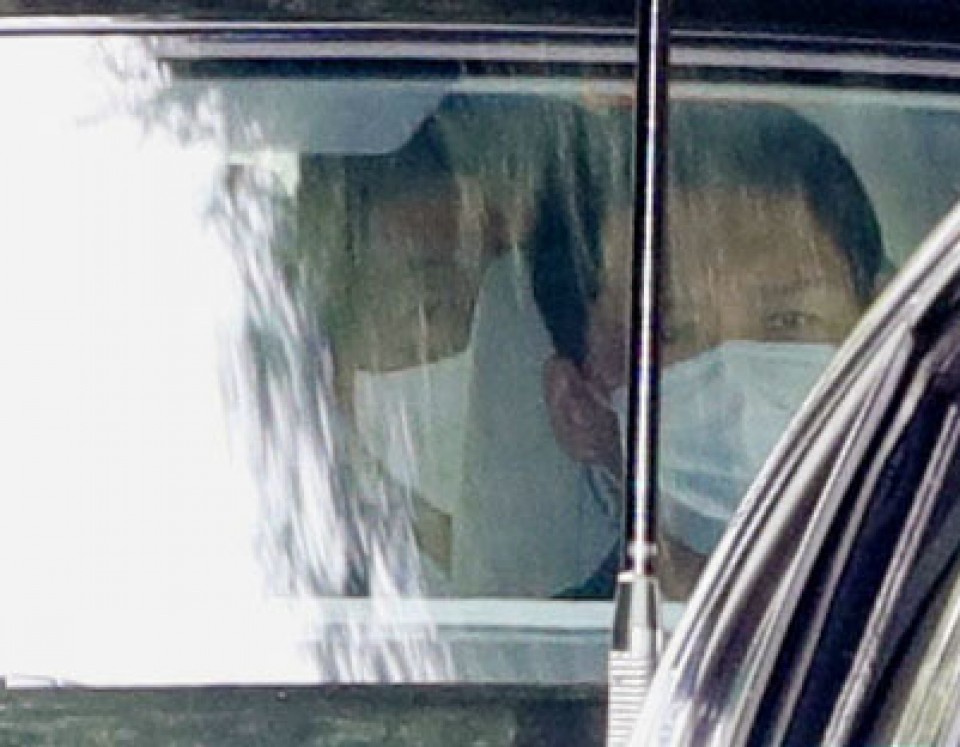 Japanese Prime Minister Shinzo Abe (L) arrives by car at Keio University Hospital in Tokyo on Aug. 17, 2020, amid speculation about his health. (Kyodo)

The government's top spokesman denied at the time that he had been in poor health, but Akira Amari, the tax policy chief of Abe's ruling Liberal Democratic Party who is close to the premier, told a TV program Sunday that the prime minister needs some rest.

A source at the prime minister's office denied his health is deteriorating, saying, "He is having various parts (of his body) checked just to be sure, as he had a whole weekday available" for the checkup.

A separate government source, meanwhile, said, "The prime minister has been tired lately as he hasn't had time to refresh himself" while dealing with the coronavirus pandemic.

Deputy Prime Minister Taro Aso said Abe worked for 147 consecutive days through June 20, adding, "It is not surprising for (someone) not taking a rest for that long to be in rough shape."

More than 50 media personnel gathered near the hospital as a vehicle carrying Abe entered its premises at around 10:30 a.m. He left the hospital around 6 p.m. and returned to his private home in Tokyo.

Abe did not answer questions from reporters about his health condition.

The 65-year-old premier has been undergoing health checkups at the hospital about every six months, and his previous visit was on June 13. A hospital source said the current visit is to conduct an additional test after the June checkup.

Abe abruptly resigned in 2007 one year into his first stint as the nation's leader, due to an intestinal disease. He was admitted to the same Keio University Hospital a day after announcing his intention to step down in September that year.

Opposition parties were keeping an eye on Abe's health as he has kept a low profile since the regular Diet session ended in June, appearing only at several press conferences held on ceremonial occasions.

"If he is not well, I hope he will get rest and recover as soon as possible," Yuichiro Tamaki, leader of the Democratic Party for the People, told reporters. 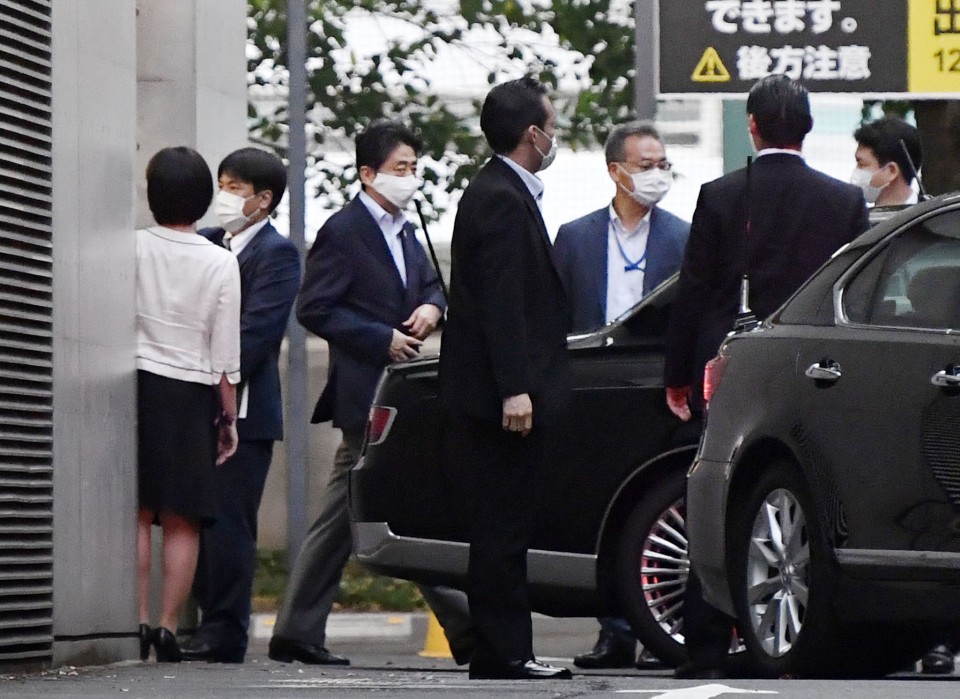 Japanese Prime Minister Shinzo Abe (3rd from L) leaves Keio University Hospital in Tokyo on Aug. 17, 2020, after he checked in amid speculation about his health. (Kyodo)

Some other opposition party lawmakers said Abe should be replaced if he is really in poor health as there should not be a political vacuum during the country's fight against the new coronavirus.

Amari told a TV program aired Sunday that Abe "feels guilty about the idea of taking a break," adding, "We need to force him to get rest, even just for a few days."

The premier is known to usually take his summer vacation at his holiday home in Yamanashi Prefecture after attending a ceremony marking Japan's surrender in World War II on Aug. 15 every year. This year, he has stayed at his home in Tokyo instead amid a resurgence of coronavirus infections in the country.

Abe has come under fire for his response to the coronavirus pandemic, notably the slow distribution of government-sponsored face masks and their low quality as well as pushing a tourism promotion campaign despite the virus' resurgence and a last-minute change that excluded Tokyo residents from the subsidy program.

After returning to power in 2012, Abe said he had overcome his intestinal illness -- ulcerative colitis -- with the help of a new drug. In November last year, he became Japan's longest-serving prime minister. 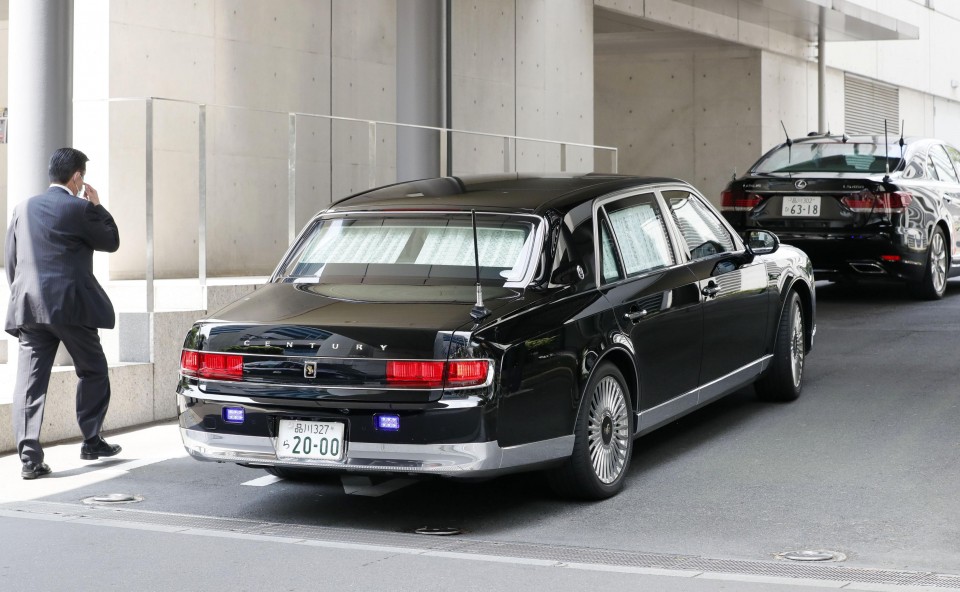