North Korea has decided to lift a lockdown imposed on the border city of Kaesong where the country's first suspected case of the novel coronavirus was detected late last month, the state-run Korean Central News Agency reported Friday.

At a meeting of the Political Bureau of the Central Committee of the Workers' Party of Korea, held Thursday, officials discussed how to tackle the pandemic and rehabilitate areas affected by recent massive flooding, KCNA said. 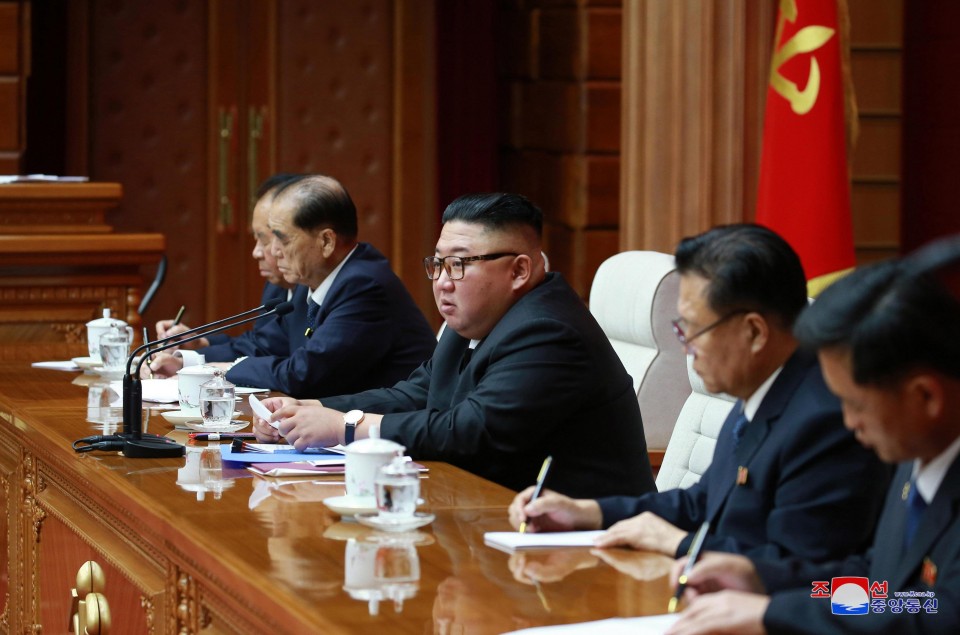 North Korean leader Kim Jong Un (center) attends a meeting of the Political Bureau of the Central Committee of the Workers' Party of Korea on Aug. 13, 2020, in Pyongyang. (KCNA/Kyodo)

"Our state faces two challenges: anti-epidemic work to thoroughly cope with the world public health crisis and unexpected sudden natural disaster," leader Kim Jong Un was quoted by the news agency as saying at the gathering, which he presided over.

Kim pledged to continue to strictly "shut the border" of the nation to prevent the virus from spreading and called on party officials not to receive "any outside aid for the flood damage," according to KCNA.

In the flood-hit areas in North Korea, around 17,000 houses and more than 600 public buildings were reportedly destroyed or inundated due to consecutive days of torrential rain and storms, while roads, bridges and sections of railways were damaged.

The disaster has hurt the country's agricultural industry and "various sectors of the national economy," a party official who made a briefing at the meeting was quoted by the news agency as saying.

On July 26, meanwhile, KCNA said a person who defected to South Korea three years ago is "suspected to have been infected with the vicious virus" after "illegally" returning to Kaesong, which is on the border with the South, prompting Kim to block off the city. 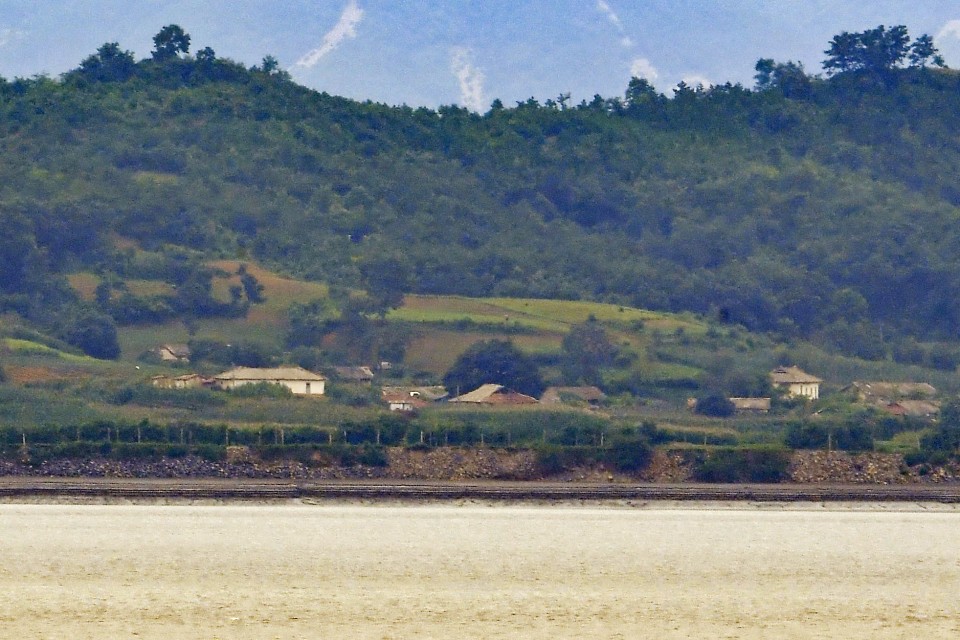 Photo taken July 29, 2020, from South Korea's Ganghwa Island shows the suburbs of the North Korean border city of Kaesong seen on the other side of the Han River. (Kyodo)

North Korea is believed to be vulnerable to natural disasters and infectious diseases against a backdrop of chronic shortages of food and medical supplies caused by international economic sanctions aimed at thwarting Pyongyang's nuclear and missile ambitions.

Kim Tok Hun was born in 1961, South Korea's Unification Ministry said. He served as a bureaucrat in charge of economic policy.

The replacement of the premier is apparently designed to rebuild North Korea's economy hit hard by the flooding and the virus pandemic that has made it difficult for the country to import necessary materials and obtain foreign currency, regional experts said.