Washington Wizards rookie Rui Hachimura scored a team-high 21 points along with eight rebounds, one assist and one steal across 30 minutes in Friday's loss to the Phoenix Suns.

In their first game of the NBA's restart, Hachimura, the Wizards' 2019 first-round pick, and Washington challenged throughout but the Suns beat the Wizards 125-112 at the Disney-owned ESPN Wide World of Sports complex in Florida. 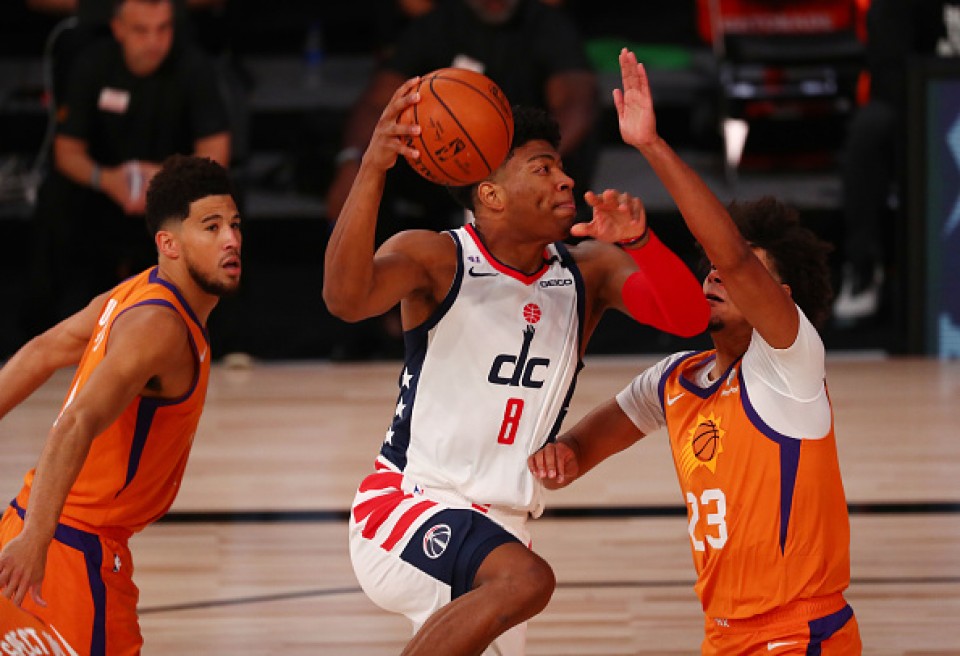 Washington Wizards forward Rui Hachimura #8 drives to the basket against Phoenix Suns forward Cameron Johnson #23 in the first half of a NBA basketball game against the Phoenix Suns at Visa Athletic Center at ESPN Wide World Of Sports Complex on July 31, 2020 in Lake Buena Vista, Florida.
(Pool/Getty/Kyodo)

"We started off well but then they started controlling the tempo of the game by using full-court defensive pressure," Hachimura said.

"We lost the game but I'm glad to have played in an official game, it's been so long. We have to learn from this loss and use it as motivation to win the next one," he said.

The Wizards kept fighting back and scoring all the way to the four-minute mark of the fourth quarter, only trailing by seven. They are missing their two top scorers this season, Bradley Beal and Davis Bertans, who are not participating to preserve their health for the future.

Suns guards Devin Booker and Ricky Rubio combined for 17 free throw attempts and made all of them. Booker finished with a game-high 27 points, and Rubio added 15 points, nine assists and three steals.

Elsewhere, Yuta Watanabe, who is on a two-way contract with the Memphis Grizzlies, was not on the roster as the Portland Trail Blazers rallied to defeat the Grizzlies 140-135 in overtime.

On Wednesday, Watanabe spoke to the Japanese media and said, "I'm really excited about the restart of the season, and I think we are in a great spot right now. I'd like to go see Rui while we're both here (at Disney World) and perhaps go watch his game."

The NBA invited 22 of the league's 30 teams to Orlando, Florida to participate in the restart of the 2019-2020 campaign. Only teams that were within making the playoffs prior to the league's hiatus are continuing on.

The NBA season was suspended on March 11 due to the coronavirus pandemic with the league's playoffs just a few weeks away. 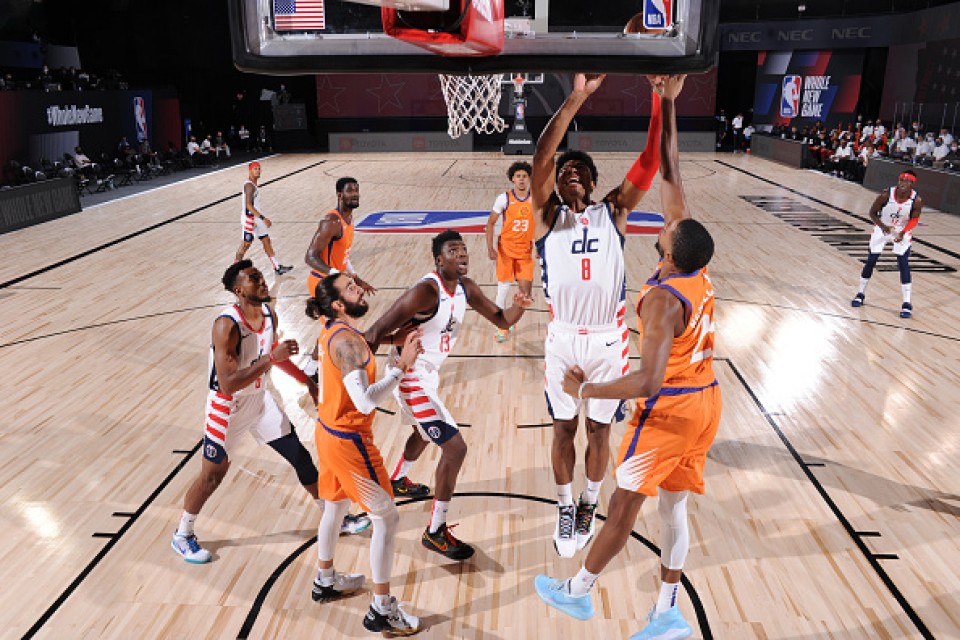 Rui Hachimura #8 of the Washington Wizards shoots the ball against the Phoenix Suns during a game on July 31, 2020 at The Arena at ESPN Wide World of Sports in Orlando, Florida. (NBAE/Getty/Kyodo)