At a zoo northeast of Tokyo, two female Hokkaido brown bears were in an unusually lively mood earlier this year thanks to a change in diet -- they were being fed the carcass of a wild boar.

In their natural environment, Ai and Eriko would have spent most of their time hunting for food, walking many hours for prey, according to keeper Yuya Yamashita, 29, at the Kamine Zoo in Hitachi, Ibaraki Prefecture. Feeding them a carcass, fur still attached, was meant to stimulate those hunting instincts. 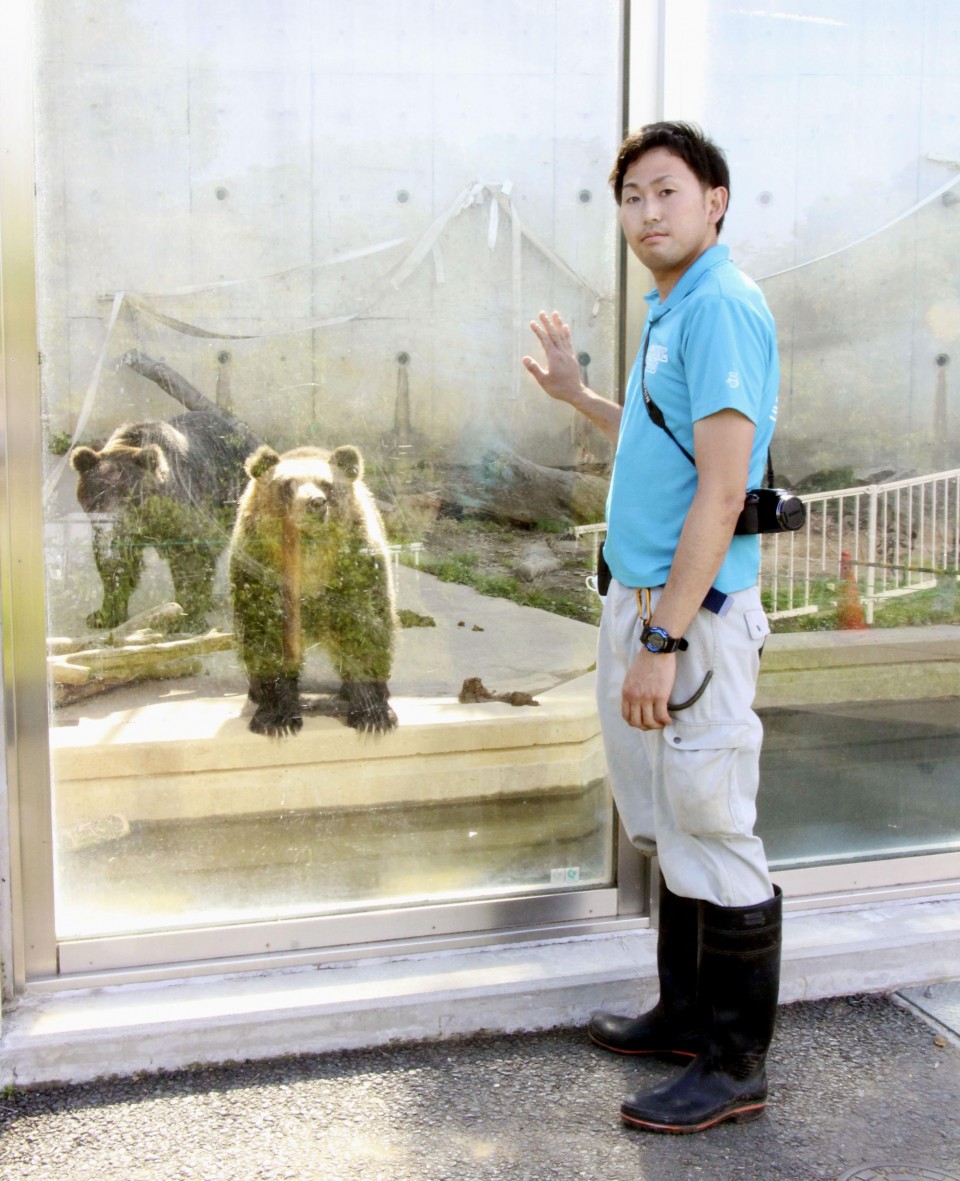 The initiative is part of a "carcass feeding" movement under way across Japan, inspired partly by the pile-up of the corpses of the huge numbers of wild animals hunted to prevent crop destruction. Support groups and wild game businesses are jumping on the bandwagon.

"When one of them stood up and bit into the wild boar corpse, the other one extended its paw and unleashed a growl as if not to be outdone," Yamashita said on a day in February, explaining that the liveliness on show was not typical of bears in captivity.

According to Yamashita, wild brown bears strip the animals they kill of their fur before biting off chunks of meat. In spending time doing this to the wild boar carcass, they got closer to their behavior in the wild. In contrast, the typical pattern in captivity is being fed fixed amounts of food at fixed times -- which can lead to stress because of long hours of boredom.

The zoo prepares materials explaining to visitors that the project is not meant to show "cruel conduct but is an effort to think about how to benefit animals."

Observers on the day watched intently as the two bears ate.

In a survey done after the demonstration, there were comments such as "I realized that this was a precious opportunity for the animals" and "The explanation was done in a polite manner, so even children weren't afraid and could understand it."

According to the Ministry of Agriculture, Forestry and Fisheries, agricultural damage caused by wild boar and deer in fiscal 2018 totaled 10.1 billion yen ($95.70 million) nationwide. A total of 1.16 million boar and deer were culled across Japan in the same period.

According to "Wild meat Zoo," an organization established in 2017 that advocates for the improvement of animal welfare and is promoting understanding of carcass feeding in Fukuoka, southwestern Japan, the practice of using culled wild animals as food at zoos is not unusual in Europe and the United States.

And in recent years, a range of zoos across Japan, also including the Morioka Zoological Park in Iwate Prefecture, Kyoto City Zoo, and the Kumamoto City Zoological and Botanical Gardens have started carcass feeding. 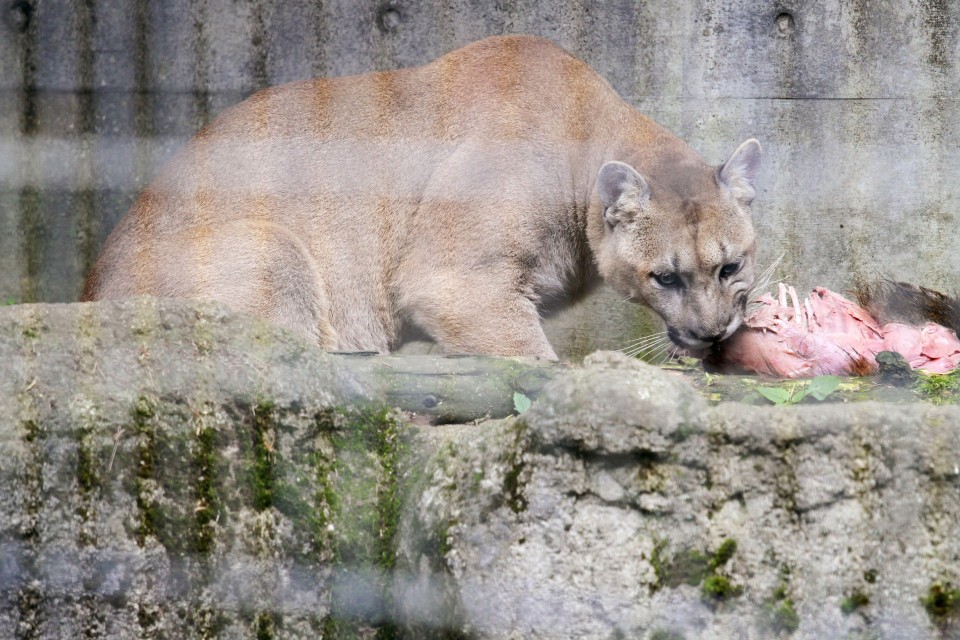 Masato Obuchi, 38, the organization's representative, said that while the food normally given to carnivorous zoo animals is nutritious, the way they are fed is simply not challenging enough for animals with inborn hunting instincts.

"The meat bait normally provided for them is a block that is easy to eat and contains vitamin supplements and other ingredients. Although it is very nutritious, the animals are not content because of the lack of exercise and stimulation," said Obuchi.

He said deer have also been a major cause of crop damage in recent years and their carcasses are also being fed to zoo animals in front of visitors to raise awareness about issues related to vermin.

The Itoshima Gibier Lab in Itoshima, Fukuoka Prefecture, began providing culled wild boars and deer to zoos for a fee in 2018. To prevent infectious diseases, the internal organs and heads are removed, pasteurized and frozen before transportation.

So far, about 30 carcasses have been handled and the orders have been on the rise. A large number of culled animals in each region are not processed into meat due to storage location issues and are disposed of instead.

"I have high expectations for the spread of carcass feeding as our intention is to reduce the number of animals being disposed of if even a little bit," said Itoshima Gibier Lab's Naoto Nishimura.