Yu Darvish earned the win in his second start of the shortened MLB season on Friday, pitching six shutout innings in the Chicago Cubs' 6-3 victory over the Pittsburgh Pirates.

Darvish (1-1), who signed a six-year contract with the Cubs in February 2018, struck out seven of the 20 batters he faced at Wrigley Field while allowing just two hits and walking one in an 86-pitch outing. 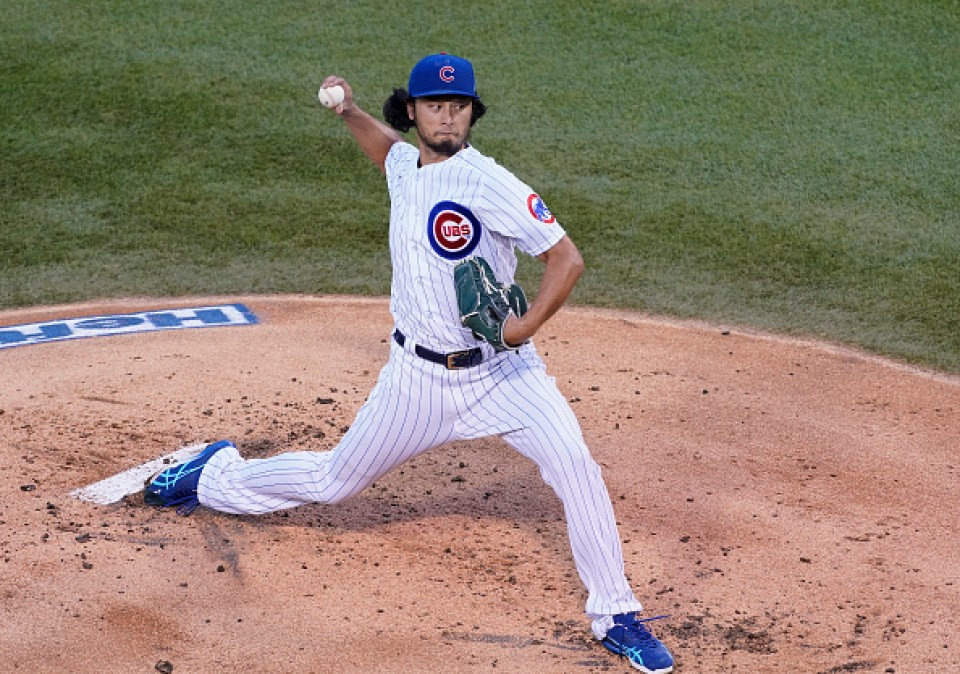 Yu Darvish #11 of the Chicago Cubs throws a pitch during the second inning of a game against the Pittsburgh Pirates at Wrigley Field on July 31, 2020 in Chicago, Illinois. (Getty/Kyodo)

Jason Kipnis hit a solo homer off Pittsburgh starter Trevor Williams (0-2) in the fourth inning, and Jason Heyward hit a key two-run single in the fifth that put the Cubs up 4-0.

"The game rained out early enough yesterday that I was able to go home quickly and relax, which was good," Darvish said.

"I had control issues early on but it got better after I adjusted my mindset."

Darvish started Friday's game against the Pirates after his scheduled start against the Cincinnati Reds was postponed due to rain on Thursday.

In his less-than-stellar season debut on July 25, the Japanese right-hander allowed three runs in just four innings of work against the Milwaukee Brewers.

The global pandemic caused MLB to shorten its 2020 regular season to 60 games. The season began on July 23, but it is in jeopardy again as positive test results for the coronavirus among players and coaches have turned the MLB schedule into chaos.