Emperor Naruhito and his family have canceled their planned summer retreat to areas outside of Tokyo to prevent the spread of the novel coronavirus, the Imperial Household Agency said Tuesday.

As many people could congregate by the roadside to get a glimpse of the emperor, Empress Masako and their only daughter Princess Aiko as they travel, the imperial family abandoned their routine trip to villas located in Nasu, Tochigi Prefecture and Shimoda, Shizuoka Prefecture, the agency said. 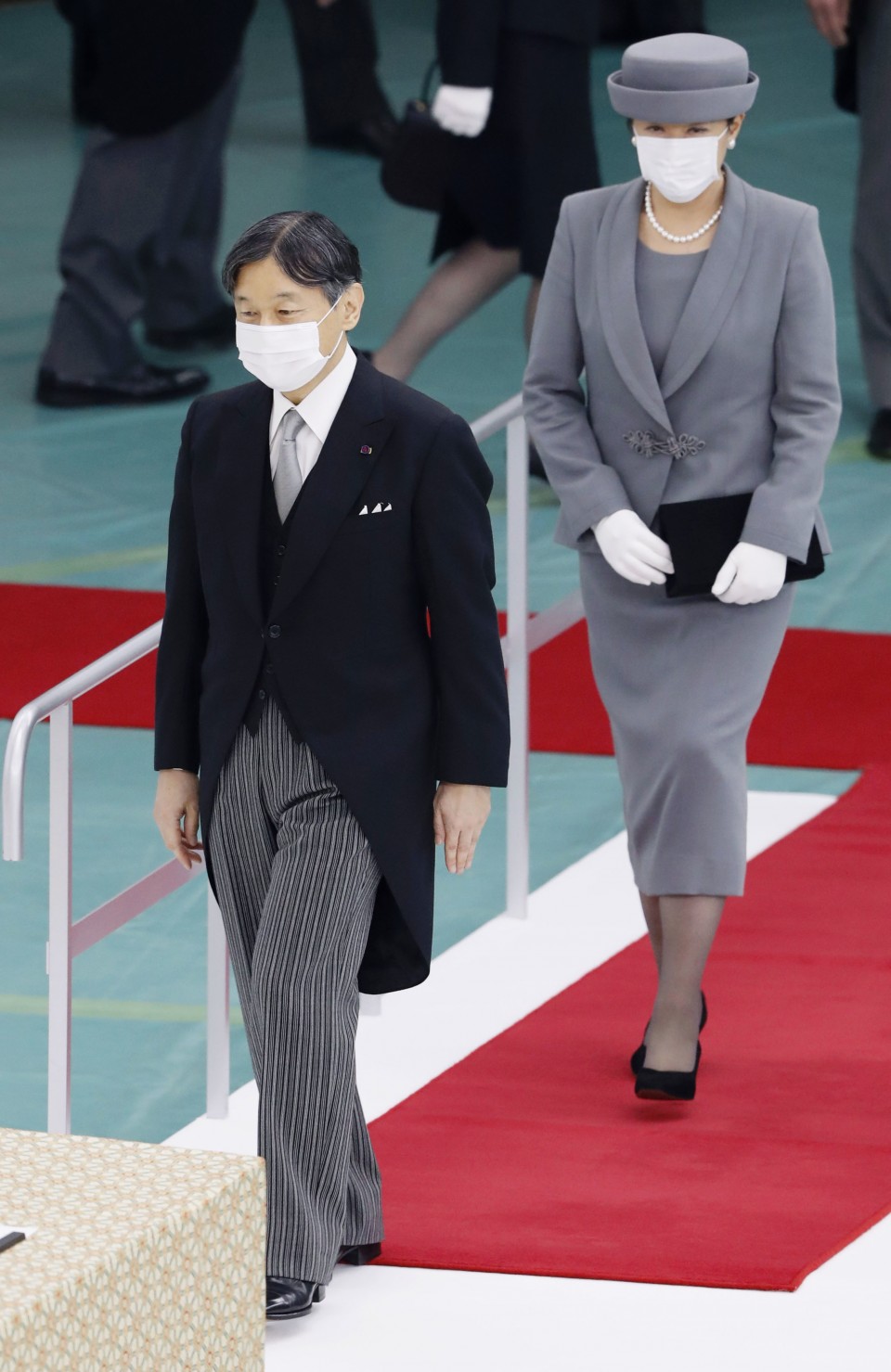 Japanese Emperor Naruhito and Empress Masako prepare to attend a memorial ceremony marking the 75th anniversary of Japan's surrender in World War II at Nippon Budokan hall in Tokyo on Aug. 15, 2020. Around 540 people took part in the ceremony -- the lowest attendance since the event started in 1963 -- with the government limiting the number of people present to prevent coronavirus infection. (Kyodo)

Imperial throne of emperor put on display in western Japan

The agency has not announced whether former Emperor Akihito and former Empress Michiko, the current emperor's parents, will stay at their summer retreats in areas such as Karuizawa, Nagano Prefecture and Kusatsu in Gunma Prefecture.

A music festival in Kusatsu, which the former emperor and empress attend every year, has been canceled due to the spread of the virus.

Tokyo Gov. Yuriko Koike has asked residents to refrain from traveling outside of the capital.

Tokyo on Monday reported 161 new coronavirus cases -- with the daily number falling below 200 for the first time in six days -- while over 640 new infections were confirmed nationwide.