The figure skating Grand Prix series held by the International Skating Union will go ahead this fall as scheduled, Kyodo News learned on Tuesday.

Sources told Kyodo that the decision to hold the six-leg series beginning in October was approved at an online ISU executive meeting on Monday. 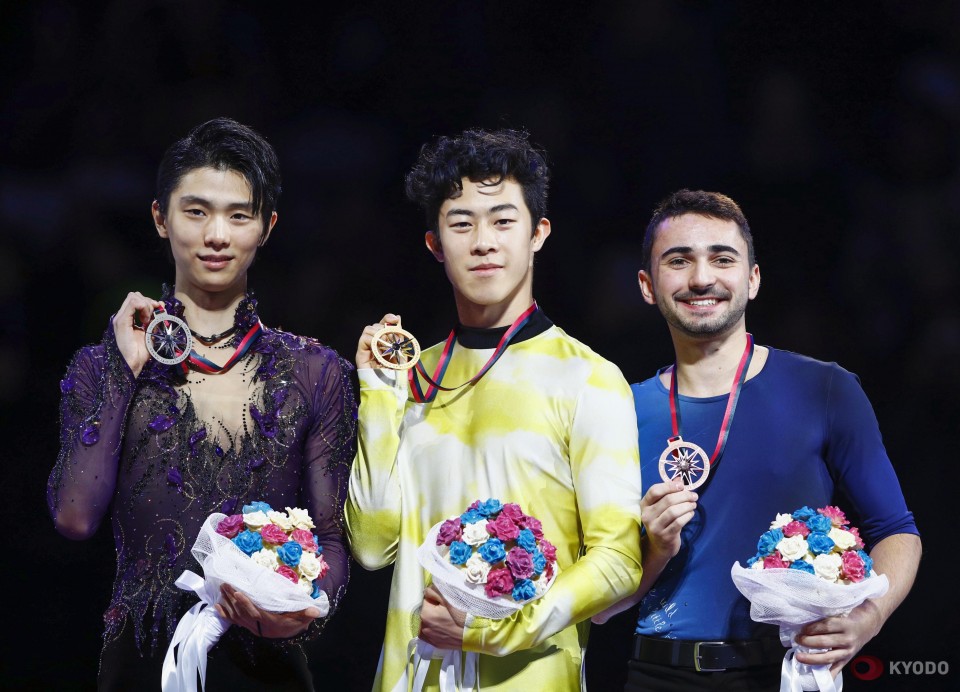 Nathan Chen (C) of the United States poses for a photo after winning the Grand Prix Final in Turin, Italy, on Dec. 7, 2019, alongside second-place Yuzuru Hanyu (L) of Japan and third-place Kevin Aymoz of France. (Kyodo)

Due to travel restrictions put in place in various countries because of the ongoing coronavirus pandemic, potential changes to the format of the series will be discussed at a later date.

The sixth stop on the series, the NHK Trophy in Japan, is scheduled to be held Nov. 27-29 at Towa Pharmaceutical Ractab Dome in Osaka Prefecture.

The top six ranked male and female skaters, pairs and ice dance pairs over the series advance to the Grand Prix Final penciled in for December in Beijing.

However, because of the coronavirus pandemic's spread across the globe, the GP Final could be moved to the beginning of next year.