The number of cases of COVID-19 in the Philippines surpassed 100,000 on Sunday, according to figures released by the Health Ministry.

The ministry said that with the addition of 5,032 newly confirmed infections, a daily record high, the total of cases reached 103,185, with 2,059 deaths. 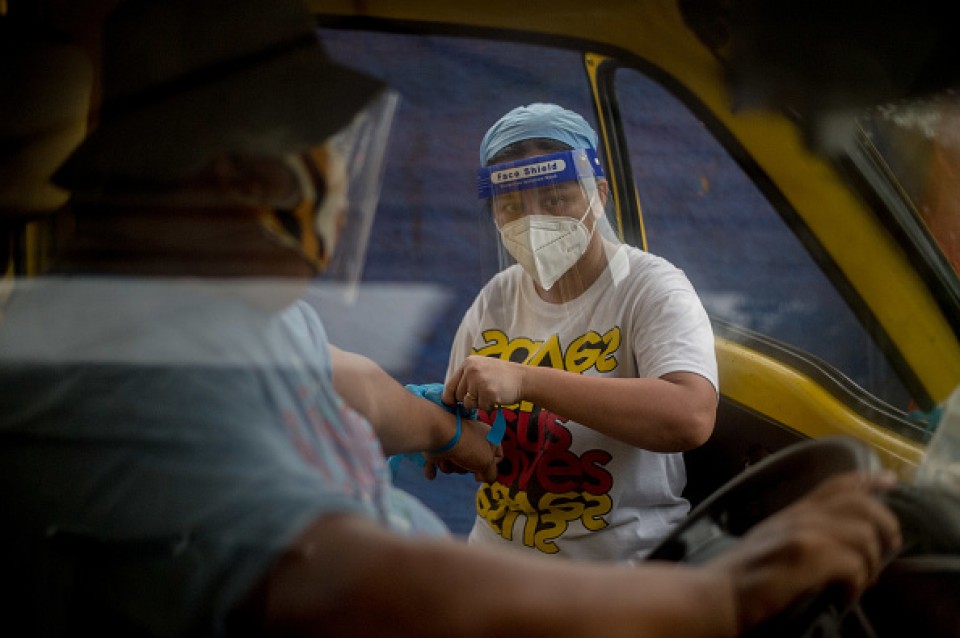 A health worker extracts blood sample from a man at a COVID-19 drive-thru testing center in Manila, Philippines on July 15, 2020.
(NurPhoto/Getty/Kyodo)

Over half of the new cases, or 2,737, were reported from the Metropolitan Manila.

On Saturday, dozens of medical societies in the Philippines urged President Rodrigo Duterte to ban outings by residents of the capital Manila and surrounding states and stop public transportation for the next two weeks, saying that the medical system is under pressure due to the spread of novel coronavirus.

Among Southeast Asian nations, the Philippines and Indonesia are by far the worst hit by the pandemic. Indonesia surpassed 100,000 cases last Monday and on Sunday saw the number reach 109,936, with 5,236 deaths.