Top U.S. and Chinese trade negotiators affirmed progress in the implementation of their partial trade deal that took effect in February and committed to ensure its "success," the Office of the U.S. Trade Representative said Monday.

The phone talks took place amid lingering uncertainties over the prospects of the so-called phase one deal, with Sino-U.S. tensions already escalating over several security and economic matters including Hong Kong and Taiwan.

The deal requires discussions on the development of the agreement every six months. The United States and China reportedly planned to hold a video conference on Aug. 15, but U.S. President Donald Trump said last week that he had delayed it.

According to a statement issued by his office, U.S. Trade Representative Robert Lighthizer, along with Treasury Secretary Steven Mnuchin, participated in a "regularly scheduled call" with Chinese Vice Premier Liu He in the evening and both sides saw "progress" over the trade deal.

They are "committed to taking the steps necessary to ensure the success of the agreement," it said.

The phone conversation was the first trade talks in three and a half months between high-level officials from the two countries. 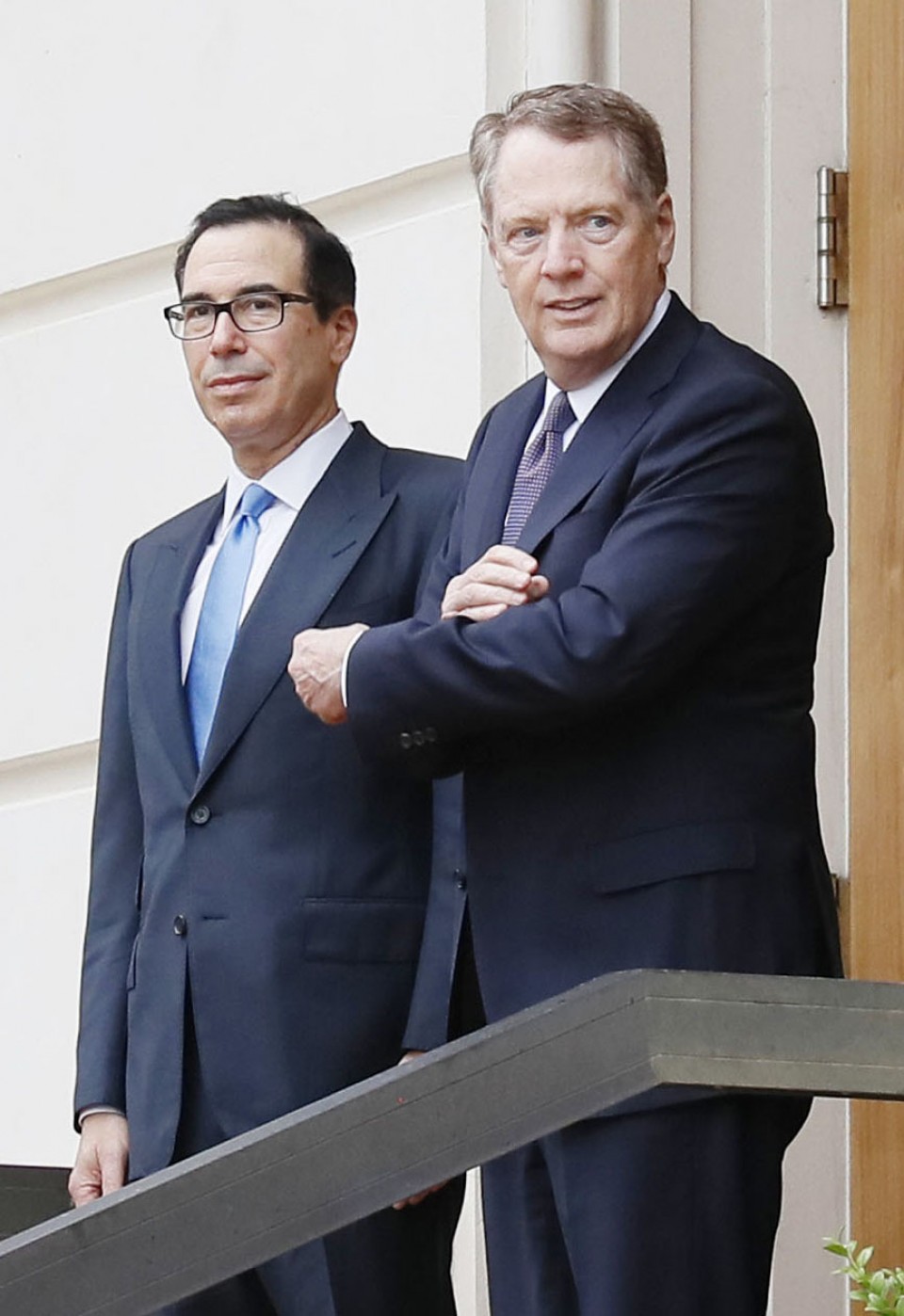 Chinese state-run Xinhua News Agency said Tuesday morning in Beijing that the two sides had a "constructive dialogue" and agreed to "create conditions and atmosphere to continue pushing forward the implementation of the trade deal."

Under the agreement, China has agreed to increase its purchases of U.S. goods and services over two years by at least $200 billion, including $32 billion on agriculture alone, in a move that is expected to help reduce the chronic U.S. trade deficit.

During the phone talks, the two sides "addressed steps that China has taken to effectuate structural changes" called for by the agreement such as over intellectual property protection and forced technology transfer, according to Lighthizer's office.

The parties also discussed the "significant increases in purchases of U.S. products by China as well as future actions needed to implement the agreement," it said.

Trump has initially hailed the phase one agreement, which brought a truce to the bruising trade war between the world's two largest economies.

But he has said his feelings toward the agreement have changed as the U.S. economy was devastated by the new coronavirus that was first detected in China late last year, throwing into jeopardy his re-election prospects in November.

While reiterating his disappointment with China, Trump has recently said the United States received massive orders of soybeans and corn from China.