Kirin Brewery Co. said Thursday it will start selling a zero-carbohydrate regular beer in Japan in October, the first such product offered by a domestic brewer, to tap demand among increasingly health-conscious consumers.

The zero-carb beer under the major Japanese brewery's flagship Ichibanshibori brand will be launched on Oct. 6 as the liquor tax will be reduced on regular beer from the start of that month.

Kirin and its rival domestic beer companies have already introduced zero- and low-carb products in so-called "happoshu" low-malt beers and low-priced "third-category" beer-like alcoholic beverages, but not yet in regular beer. 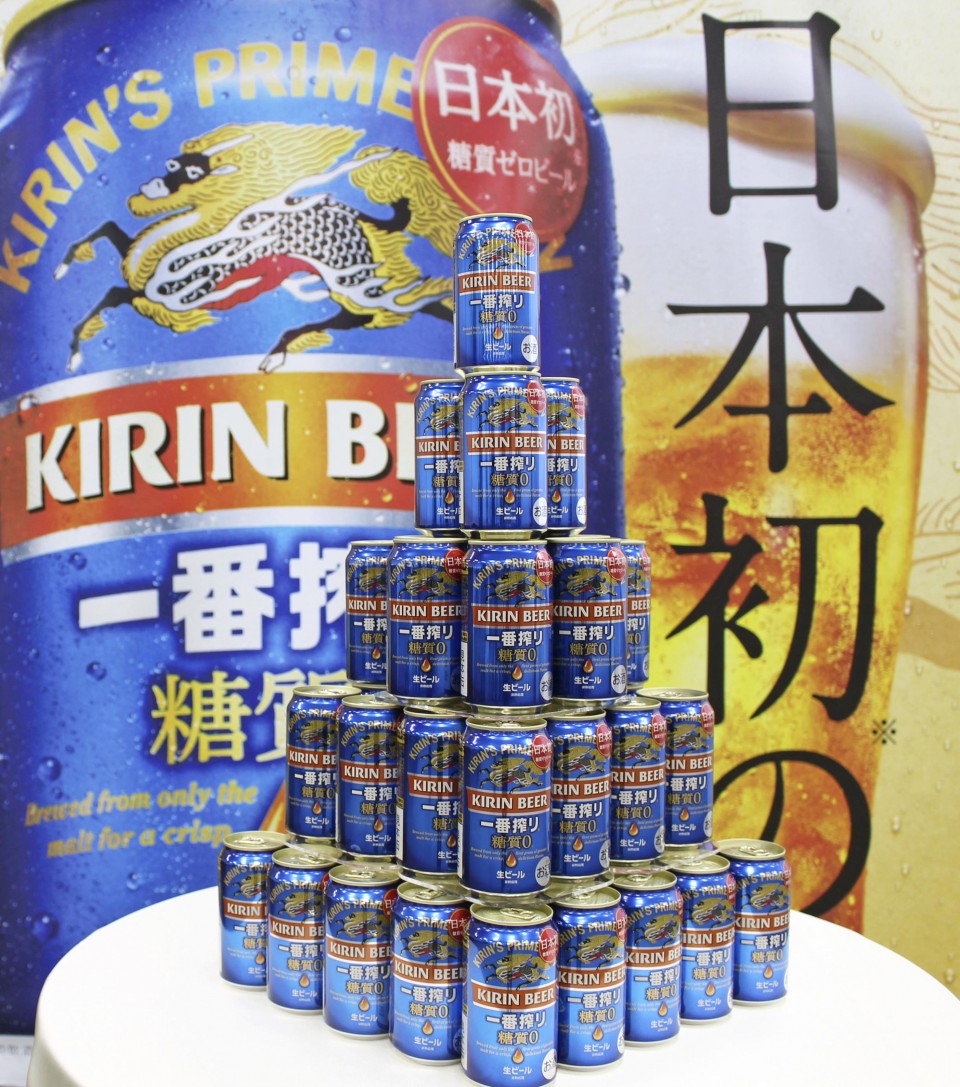 Third-category beers include beverages that use alternatives to malt, such as soy or pea protein.

In the January-July period, Kirin saw sales of its low-carb and zero-carb products rise around 5 percent from a year earlier, indicating an increasing concern among consumers about their health, especially during the coronavirus pandemic, the company said.

Kirin said it has conducted more than 350 brewing tests over about five years to come up with a method to reduce glucides in its beer while ensuring the taste is not negatively impacted.

While a 350-milliliter can of Ichibanshibori is currently sold at 228 yen ($2.10), the liquor tax on the same amount of beer will be cut by roughly 7 yen from October, according to the brewery.

"We want to take the revised liquor tax as a chance to find fresh growth in the beer market," Kirin Brewery President Takayuki Fuse told a press conference. "We hope to find new beer fans" through the introduction of the product, he added.

Kirin plans to sell the upcoming zero-carb beer at the same price as other products under the Ichibanshibori brand.