Los Angeles Angels' two-way player Shohei Ohtani has been diagnosed with a grade 1-2 strain in his right arm, his team said Monday, casting doubt on him being able to continue his role as a pitcher this season.

Ohtani was diagnosed with a strain of the flexor pronator mass after experiencing discomfort in his second start of the season on Sunday and undergoing an MRI exam. The Angels said it could take four to six weeks for Ohtani to begin throwing again.

The 2020 Major League Baseball regular season, shortened to 60 games due to the coronavirus pandemic, is expected to end in late September. 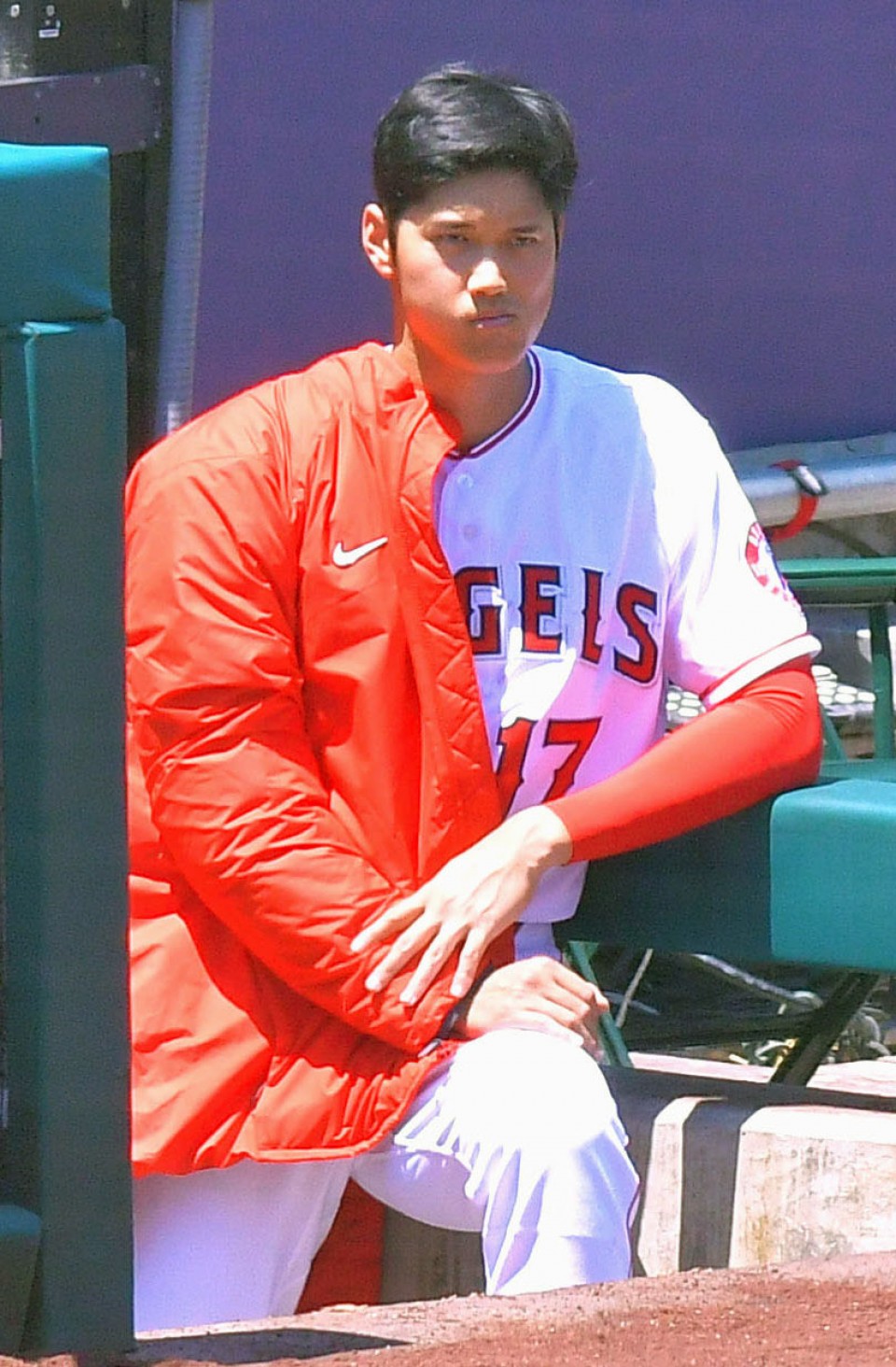 Los Angeles Angels pitcher Shohei Ohtani is pictured in the dugout after ending the top of the first inning against the Houston Astros on Aug. 2, 2020, in Anaheim, California. Ohtani complained of discomfort in his throwing arm and underwent an MRI exam later in the day. (Kyodo)

Ohtani will remain active for the club's upcoming series against the Mariners in Seattle beginning Tuesday with his appearance as the Angels' designated hitter to be decided on a day-to-day basis.

The 26-year-old had Tommy John surgery on his throwing elbow after the 2018 season and was tagged with a loss in his first start in nearly 23 months on July 26, when he gave up five runs and failed to record a single out.

At the plate, Ohtani is batting .148 with two home runs and seven RBIs over six games.