Households across Japan have received unsolicited packages of seeds marked as coming from China, similar to incidents overseas including in the United States and Britain, consumer authorities said Monday.

The authorities are warning of potential scams and have urged the public not to plant the mysterious seeds as they may be infected with a virus, bacteria or pest. 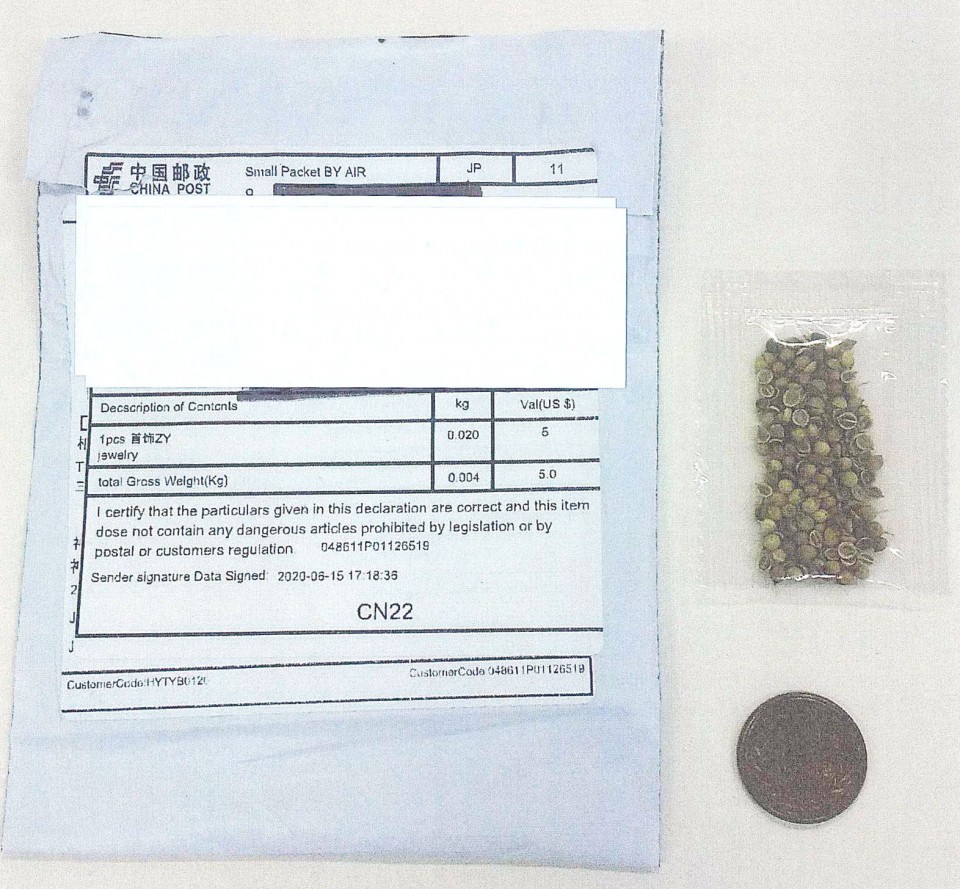 Supplied photo shows a suspicious package of seeds marked as coming from China delivered to the address of a man who lives in Miura, Kanagawa Prefecture.(Kyodo)

"The packages may be a scam that tricks the confused receiver into paying for the product, or a 'brushing scam' where a seller poses as the receiver and posts false customer reviews online to boost product ratings," said an official of the National Consumer Affairs Center.

An official of the Plant Protection Station at the Ministry of Agriculture, Forestry and Fisheries said recipients "must not plant the seeds as they may have virus, germs or pests."

The city government of Miura in Kanagawa Prefecture, near Tokyo, said that a man in his 60s brought an envelope to them on July 30 saying that he was sent "something suspicious."

The envelope, around 15 square centimeters in size, contained a plastic bag with around 100 brown seeds. The envelope, which did not have the sender's information, was marked as coming from the Chinese city of Shenzhen in Guangdong Province and labeled as containing jewels in English.

It lacked a stamp indicating that the seeds had been approved during an import inspection by a plant quarantine officer.

Seeds from overseas must be inspected when imported in line with Japan's plant protection law.

A woman in her 60s in central Japan also consulted her local consumer affairs center in July after her sister received unsolicited seed packages for two straight days in envelopes labeled as containing rings.

The Plant Protection Station said unsolicited seeds that were brought to them belong to the allium genus, which includes onions and garlic, and that none of the envelopes were stamped.