The most illustrative example of democracy in Australia can arguably be found in the nation's capital. But it is not the debate and performance inside Canberra's Parliament House.

It's found in a number of small boxes tucked within the bushland surrounding the modernist building, each abuzz with activity. 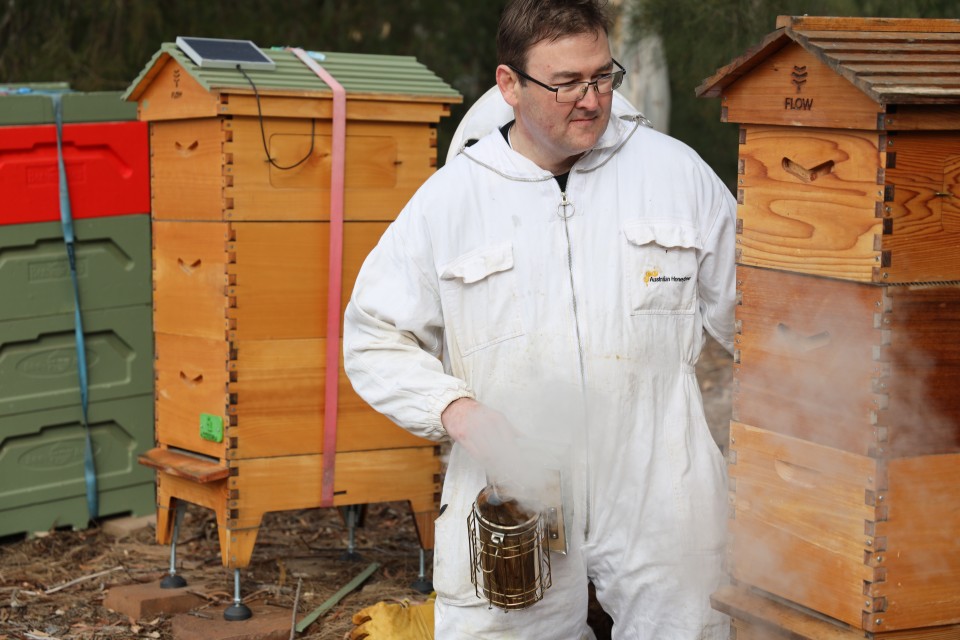 "It's a full democracy," said Cormac Farrell, head beekeeper at Parliament House. "The bees actually vote, and sometimes they will decide to change the queen for whatever reason...and they actually kill her and raise a new one."

Of the roughly 20,000 species of bee worldwide, European bees are favored by most apiarists due to their reputation as productive honey makers. In a good year, Farrell harvests roughly 100 kilograms of honey from his European bees.

"Most of the honey we produce is used for official gifts, so when VIPs come to parliament, it's nice to give them a very special gift," the 46-year-old said, adding the honey is also used in desserts served at official dinners, and to make alcoholic drinks like mead.

According to Farrell, the secret to high-quality honey is healthy bees. But in recent years, bee health and populations have been in considerable decline worldwide.

While a single cause has not been identified, scientists are increasingly of the opinion that bees are suffering from a perfect storm of climate change, habitat loss, pesticides and disease.

But it is a parasite, known as the varroa mite, which has been identified as a central factor to colony losses globally.

While Australia has also seen colony losses, it is the only major bee-keeping country in the world free of the varroa mite. This, combined with low air pollution and large swathes of native bushland, makes Australia's bees some of the healthiest in the world.

"(Australia's low colony loss rate) supports the idea that varroa mites are having a major stress on colonies that, in combination with those other factors, can tip them over the edge," said John Roberts, research scientist at the Commonwealth Scientific and Industrial Research Organisation. "We've been fortunate not to have it in Australia."

Sometimes called the varroa destructor, the parasite infects a hive and weakens the colony to other viruses. Roberts, 36, believes this combination of parasite and virus is what depopulates the colony to the point of collapse.

Roberts puts Australia's varroa-free status down to the nation's geographic isolation and strong biosecurity measures. But he admits that it is likely only a matter of time before the parasite finds its way into Australian ecosystems. 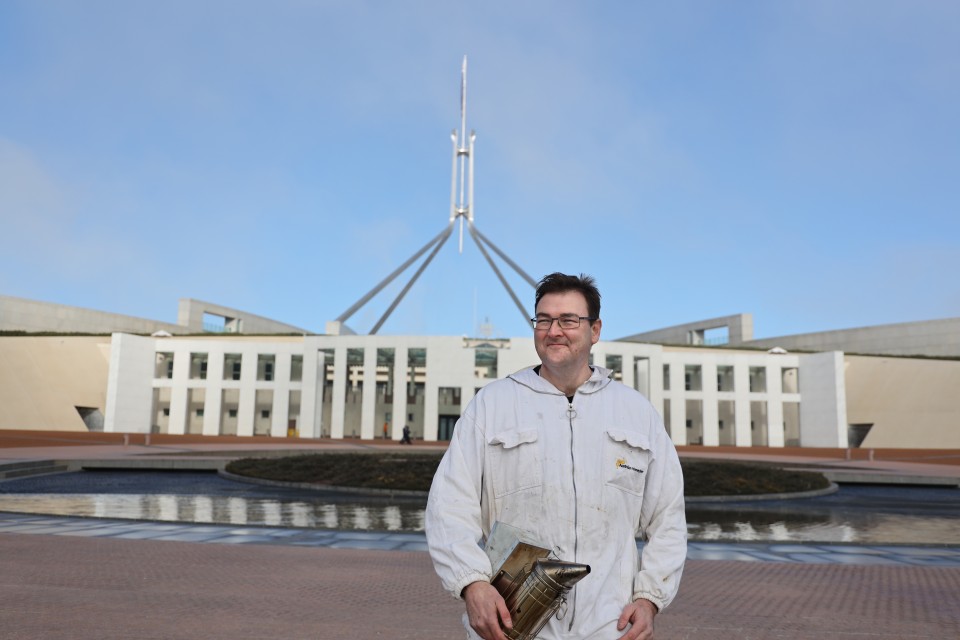 Cormac Farrell, head beekeeper at Australian's Parliament House, stands in front of the parliament building in Canberra on June 26, 2020. (Kyodo)

North America and Europe have been particularly hard hit by varroa mite. Parts of the United States have reported colony losses of up to 30 percent per year -- at least double that seen in Australia.

With bees responsible for an estimated three-quarters of food production worldwide, decreasing populations have enormous consequences for farmers who depend on the insects for crop pollination.

The dire situation for Northern Hemisphere farmers has seen some resort to importing live bees from Australia.

"The poor Canadians, they have varroa destructor and its cold weather and had all these crops they needed to pollinate and they desperately needed bees from us," he told Kyodo News over a videoconferencing call.

In 2019, Bourke sent about four tons of bees to Canada. Restrictions on international air travel due to the coronavirus pandemic meant he could only send about one-sixth the amount this year.

"We get a very good response from the Canadians. They're so pleased about it," he said.

Tasmania was also spared from the brunt of the unprecedented bushfires that torched an estimated 12.6 million hectares of land on mainland Australia over the 2019-2020 summer.

Extensive drought and smoke from the fires significantly impacted bees on the mainland.

In Canberra, which had some of the worst smoke pollution in the country at roughly 20-times hazardous levels, Farrell is unsure if one of his European hives will survive the winter. He lifts the corner of a low-set hive to show how light it is from a lack of honey reserves.

"(In summer) the forager bees would go out into the smoke to find food and they just wouldn't come back, so the colony had to use up their honey to continually make new bees," he said.

The extreme environmental stresses mean inner-city bees have, counterintuitively, been more productive and healthier than their rural counterparts. 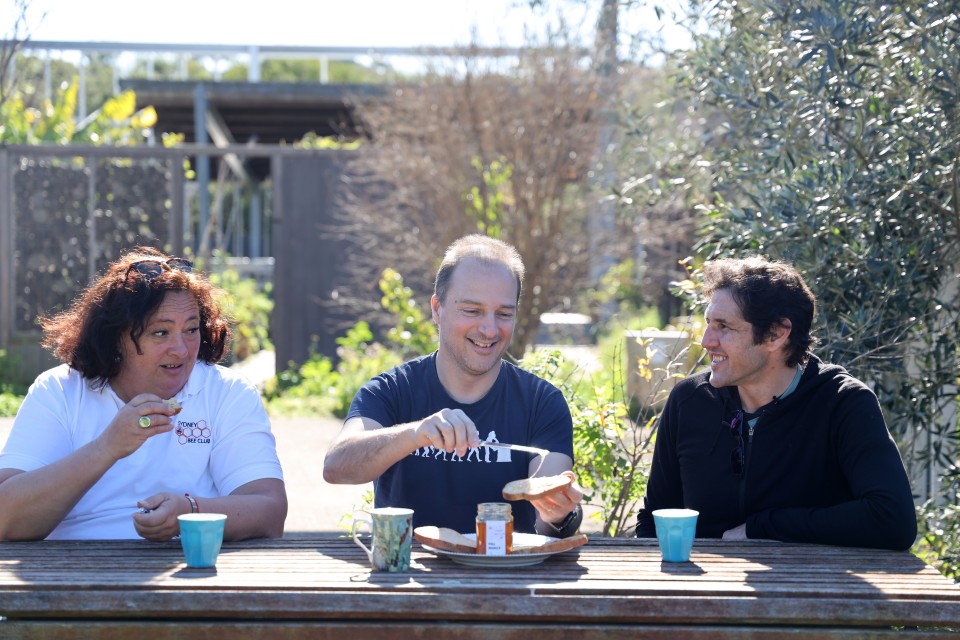 Members of the Sydney Bee Club, an amateur urban beekeeper's society in inner Sydney, have all noticed their local hives performed better over summer than hives in the countryside.

"In the urban area, there are flowers probably all throughout the year, because they are watered and people keep flowers in the garden, (on their) balconies, or whatever. So (the bees) are more productive and healthy," said Olivier Pingot, 47.

Club president Lindsay Severne says the Sydney Bee Club has 180 members, however, interest in beekeeping has grown in recent years as the significance of bees has become more widely understood.

"I think there are alarms ringing at the moment, not only from an environmental point of view, but also from the point of view of our agricultural situation," Severne, 62, said.

Many club members, like professional landscaper Lance Lieber, consider locally made honey just a tasty bonus to beekeeping, their primary motivation for raising bees is for pollination.

"I keep bees for the gardens. It's a big part of the service. Because you don't get flowers if you don't have pollinators," the 38-year-old said.

As an urban beekeeper, Severne says she feels a responsibility to educate people about the role of bees in the broader ecosystem and protect them from future threats including varroa mite.

"I think we haven't seen the worst of it, and it really is a matter of time (before varroa mite arrives). So, if we can prepare people, we're doing the right thing," she said.

"That's the motto: Save the bees, save the world!"