Prime Minister Shinzo Abe on Monday revisited a hospital in Tokyo where he had received what an aide called "a regular health checkup" a week earlier amid speculation about his health.

More on this story here

Abe said he was briefed on the checkup results at Keio University Hospital and underwent follow-up tests. "I will do my best at work while taking every precaution to ensure my health," he told reporters after arriving at his office. 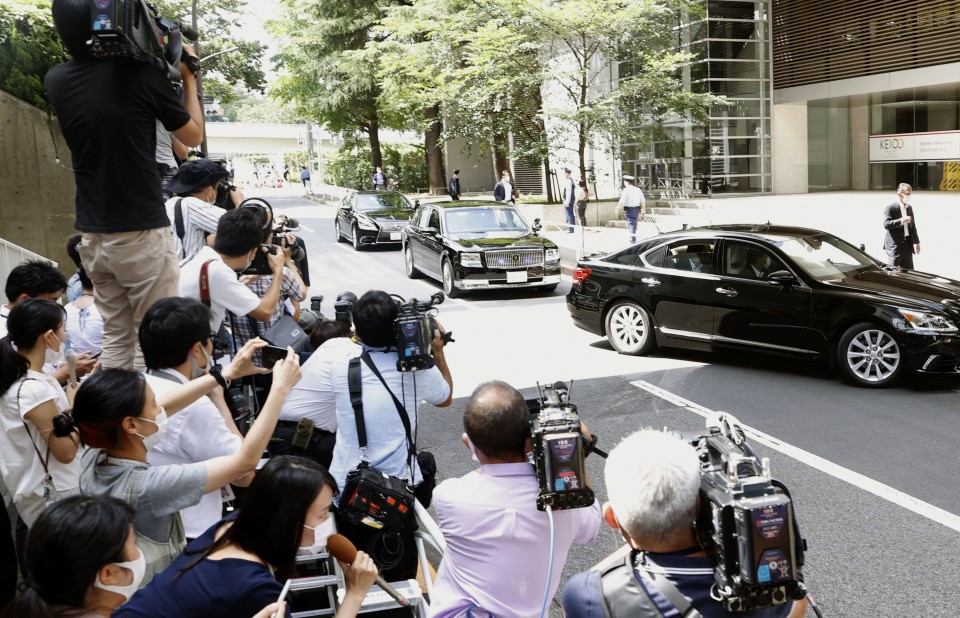 Speculation about the 65-year-old's health has been swirling since he spent more than seven hours at the hospital on Aug. 17, following a magazine report that said he had vomited blood in July.

He declined to say what kind of tests he underwent, saying he would speak on the matter later.

Some Cabinet members and others close to Abe have expressed concern that the prime minister is showing signs of exhaustion after months leading Japan's response to the coronavirus pandemic.

Abe, who is currently serving in his second stint as premier, abruptly ended his first tenure in 2007 when he resigned due to an intestinal disease called ulcerative colitis.

He later said he had overcome the illness with the help of a new drug. He was returned as leader in 2012.