New Zealand Prime Minister Jacinda Ardern said Monday the country's general election will be delayed for a month until mid-October due to a recent coronavirus outbreak.

The election, which was originally due to be held on Sept. 19, will now take place on Oct. 17 after a cluster of coronavirus cases in the country's largest city, Auckland, grew to almost 60. 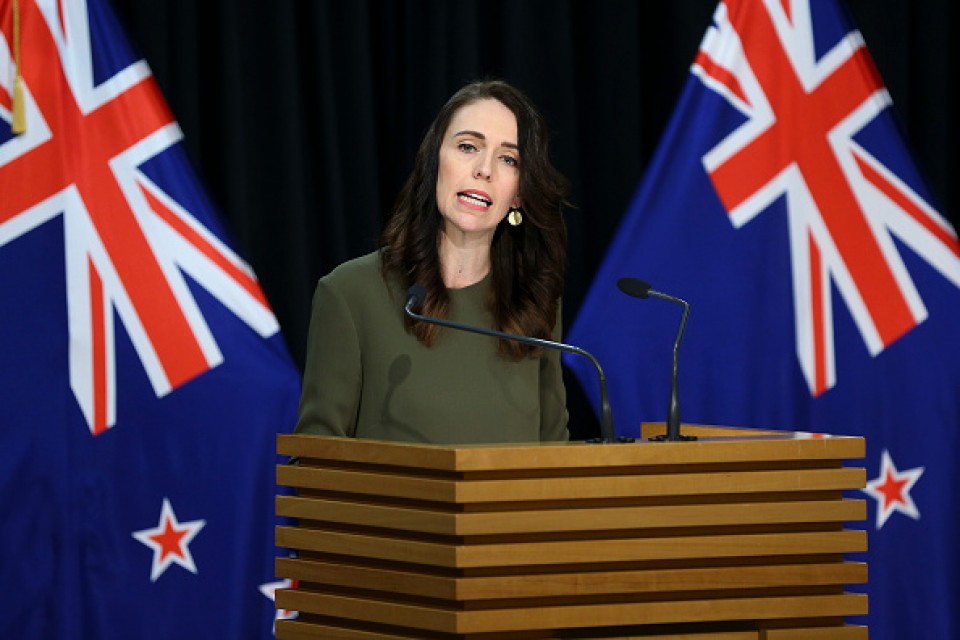 Prime Minister Jacinda Ardern speaks to media during a press conference at Parliament on August 17, 2020 in Wellington, New Zealand. (PHOTO NOT FOR SALE)(Getty/Kyodo)

"I want to ensure we have a well-run election that gives all voters the best chance to receive all the information they need about parties and candidates, and delivers certainty for the future," Ardern said at a press conference in Wellington.

"Moving the date by four weeks also gives all parties a fair shot to campaign and delivers New Zealanders certainty without unnecessarily long delays," she added, ruling out the possibility of her ordering a further postponement.

The resurgence of community transmission of the new virus in New Zealand last week came just days after the country recorded 100 days of zero locally-acquired cases.

On Friday, Ardern announced that Auckland will continue to remain under Level 3 restrictions, the second-highest of the government's four-level system, for a total of two weeks. The rest of New Zealand will also remain at slightly more relaxed Level 2 restrictions until Aug. 27.

Since the beginning of the pandemic, New Zealand has recorded 1,280 cases and 22 deaths.