The J-League decided Tuesday to continue capping spectator numbers at 5,000 per game until the end of September in accordance with government guidelines on stopping the spread of the novel coronavirus.

But in a partial revision of safety guidelines, the league will allow spectators to clap inside stadiums from Sept. 7. 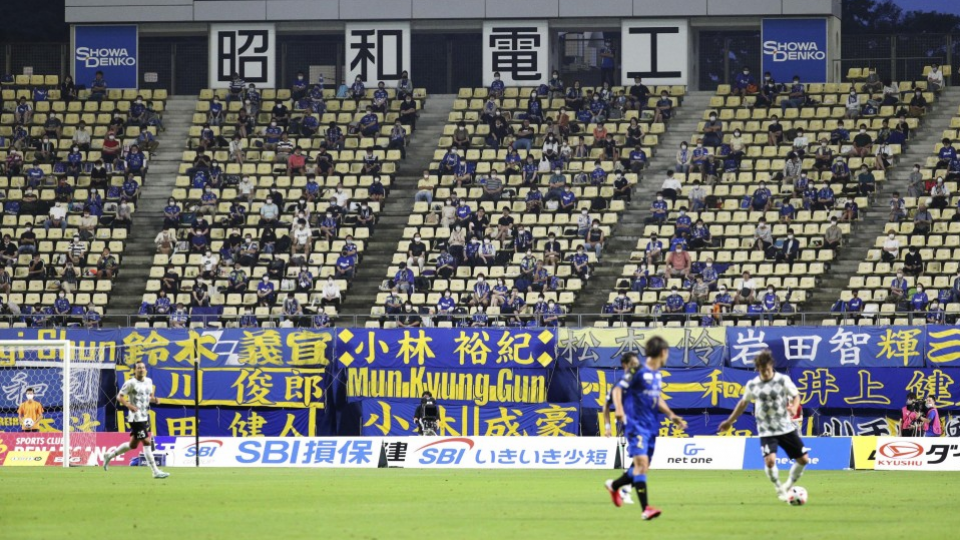 The Japanese government decided Monday to keep limiting the maximum number of spectators at professional sports, concerts and other events to 5,000 until the end of September.

J-League club executives agreed to keep the spectator cap in place during an online meeting. They also agreed to continue a ban on alcohol sales at stadiums.

Clapping, which had been forbidden since the league resumed from a roughly four-month break, has been determined as low risk for virus transmission. Cheering and high-fives will remain prohibited, however.

The league previously postponed a plan to allow clubs to fill stadiums to half capacity from the start of August in light of increasing infection rates at the time.

First-division Sagan Tosu, the club at the center of the league's first coronavirus cluster, is set to resume activities Wednesday after shutting down on Aug. 11 in response to positive tests for the virus among several players and staff.

Tosu said it administered polymerase chain reaction tests to 166 people associated with the club on Monday and Tuesday, with all coming back negative.

In total, 12 people at the club, including manager Kim Myung Hwi, had tested positive.