Prime Minister Shinzo Abe and the head of the U.S. Space Force on Thursday agreed to enhance bilateral defense cooperation in outer space, where regional rivals China and Russia are building up their capabilities.

Chief of Space Operations Gen. John Raymond was visiting Japan for the first time since the creation of the Space Force and his appointment in December last year. He was the first high-ranking foreign official to meet with Abe since late February, with such meetings halted due to the coronavirus pandemic. 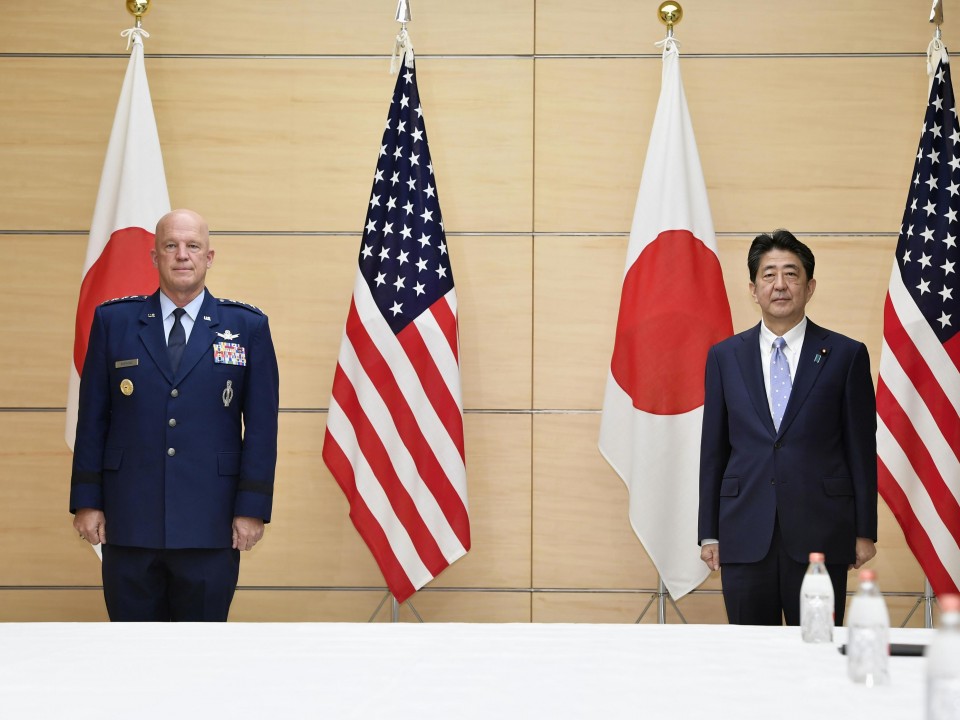 Abe and Raymond discussed strengthening cooperation between the Space Force and the Japan Air Self-Defense Force's Space Operations Squadron, as well as the U.S. plan to send astronauts back to the Moon by 2024, according to the Japanese Foreign Ministry.

Created in May with just 20 members, the Space Operations Squadron is tasked with monitoring threats to Japanese satellites such as space debris and meteorites. It is expected to grow in size and become fully operational in 2023.

The Space Force, meanwhile, is a full-fledged branch of the U.S. military with 16,000 airmen and civilian personnel. It was launched by President Donald Trump to counter the ambitions of Russia and China, which have been accused of developing anti-satellite weapons, as well as ballistic missile threats from North Korea.

Raymond, who during his Air Force career was stationed at Yokota Air Base from 2010 to 2012, told Abe the United States considers Japan its most important partner in outer space, the Foreign Ministry said.

Abe last met with a high-ranking foreign official on Feb. 28, when he received a courtesy call from Chinese foreign policy chief Yang Jiechi.