About 77 percent of mothers with small children in Japan said they will have fewer plans than last year to go out together during summer break, as the coronavirus pandemic shows no signs of slowing down, according to a recent survey by a toy company.

In a sign of the changing lifestyles of families in the new coronavirus era, 77.3 percent of those surveyed cited fewer outings with their kids, while 79.1 percent said they will narrow down the areas where they will spend their holidays, said Bornelund Inc. 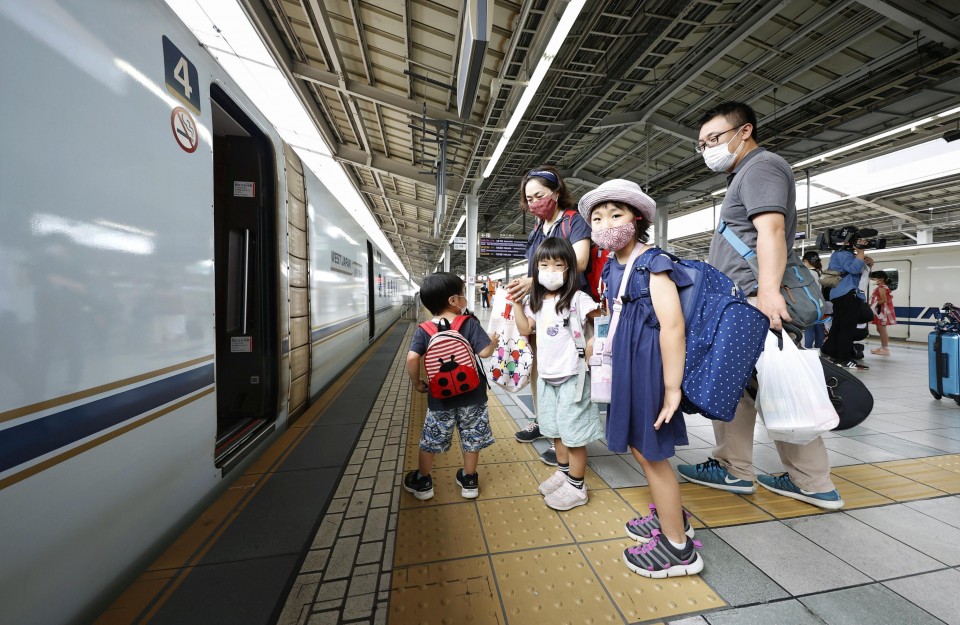 Passengers get on a shinkansen bullet train at JR Shin-Osaka Station in Osaka on Aug. 8, 2020, as people head to their hometowns to spend the summer vacation amid the continued spread of the novel coronavirus in Japan. (Kyodo)

"The society as a whole must think of how to secure opportunities for children to play and grow in the new lifestyle," said the Tokyo-based firm, which imports and sells intellectual education toys.

Asked why they will have fewer plans to go out this year, 70.4 percent, which accounted for the largest number, said the facilities or places they want to visit remain closed or have entry or time restrictions due to the epidemic, according to the poll.

The poll also found that 65.9 percent do not want to go where many people would gather, while 42.6 percent cited their children's shortened summer vacation period.

Schools across the country will have fewer holidays than usual years to make up for insufficient class hours due to their closure in April, when Japan's school year typically starts. 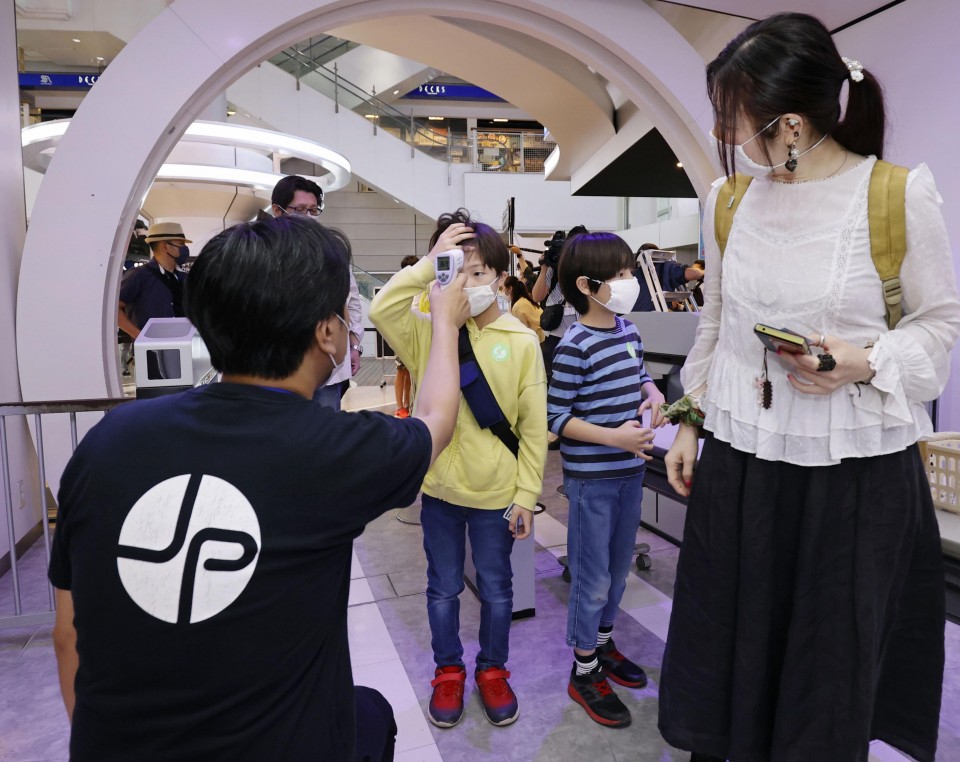 Children have their temperatures checked at the entrance of the Tokyo Joypolis indoor amusement park on June 13, 2020. (Kyodo)

Among those who have plans to go out, the most popular destination was within the prefectures they live in at 35.1 percent, followed by 22.0 percent saying they will travel as far as within their municipalities.

Only 4.9 percent answered they plan to travel outside their prefectures and regions, down from 43.1 percent last year.

Respondents also expressed anxiety on how to spend time with their children. In the survey, 67.5 percent cited restrictions in the places and facilities they can go to, and 42.6 percent worried about the limitations in spending much time at home.

The online survey was conducted between July 9 and 13 on 755 mothers who are in their 20s to 40s and have children in kindergarten to the lower grades of elementary school.