The imperial garden party planned for the fall has been canceled to prevent the spread of the novel coronavirus amid growing concern over a resurgence of infections, the Imperial Household Agency said Tuesday.

The biannual event was also canceled in the spring due to the virus outbreak, putting off the first such party to be hosted by Emperor Naruhito and Empress Masako. 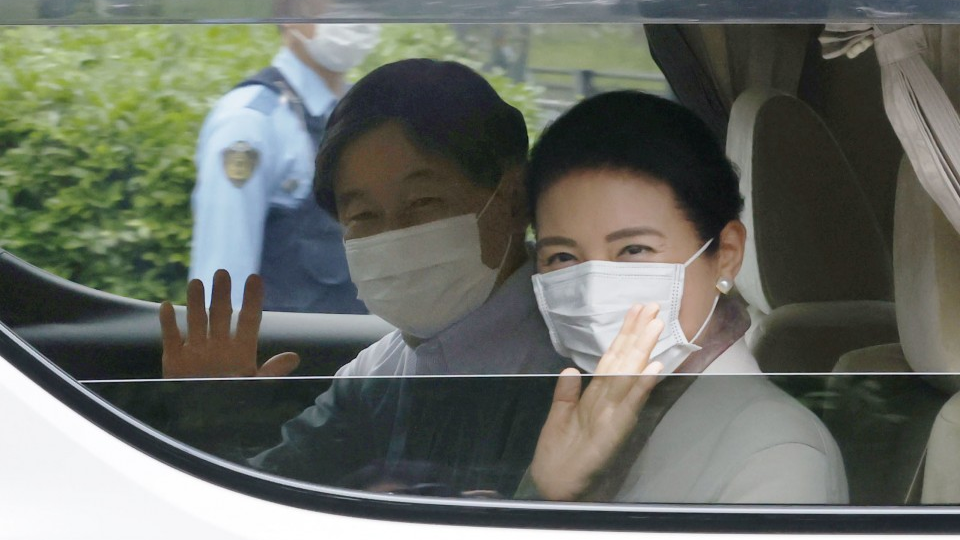 Japanese Emperor Naruhito and Empress Masako arrive at the Imperial Palace in Tokyo on June 2, 2020, to feed mulberry leaves to silkworms, in an imperial sericulture tradition dating back to the late 19th century. (Kyodo)

The emperor ascended the Chrysanthemum Throne in May last year after his father's abdication. Last year's garden parties were canceled as they clashed with the couple's enthronement rites.

The agency said there was a higher risk of infection as guests from across the country would socialize as they eat and drink.

Around 2,000 guests usually attend the parties at the Akasaka Imperial Gardens in Tokyo, where the emperor and empress greet and converse with those who have made notable constructions to the worlds of culture, sports and science.

The empress, who has long been battling a stress-induced illness, stayed until the end of the last imperial garden party in November 2018 for the first time in 15 years, as then crown princess.

The spring garden party was also canceled in 2011 after an earthquake and tsunami devastated northeastern Japan in March that year.