Hasegawa is the sixth player in Nippon Professional Baseball to test positive, but the first one since all players and staff members were tested prior to the start of the delayed regular season on June 19. 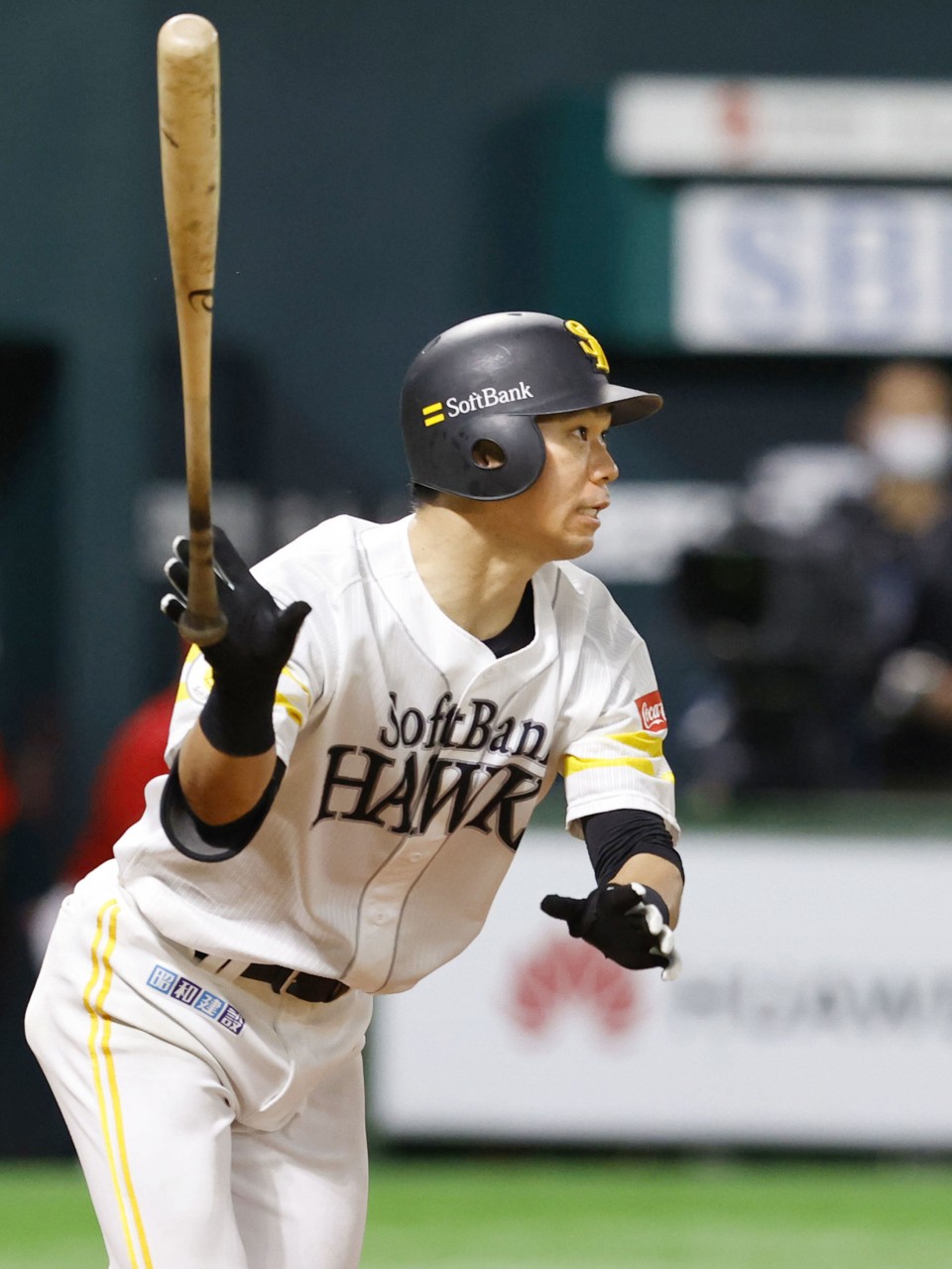 Yuya Hasegawa of the SoftBank Hawks is pictured in a practice match against the Hiroshima Carp on June 13, 2020. (Kyodo)

The 35-year-old Hasegawa has played in 11 games this season but was deactivated on July 7. While he has not come into direct contact with any of the first team players or staff, many people with the first team make use of the minor-league facilities.

The Orix Buffaloes on Saturday confirmed that a second team official, who was not with the team during their games this week in Sapporo, has tested positive.