Tokyo Station's new, larger shopping area opened its doors Monday after a more than one-month delay due to the spread of the novel coronavirus, introducing more than 60 new stores and restaurants.

The Gransta Tokyo shopping area, with around 150 stores on approximately 11,300 square meters of floor space on the basement and first floors of the station building, had been set to open on June 17 ahead of the now-postponed Olympics in the Japanese capital. 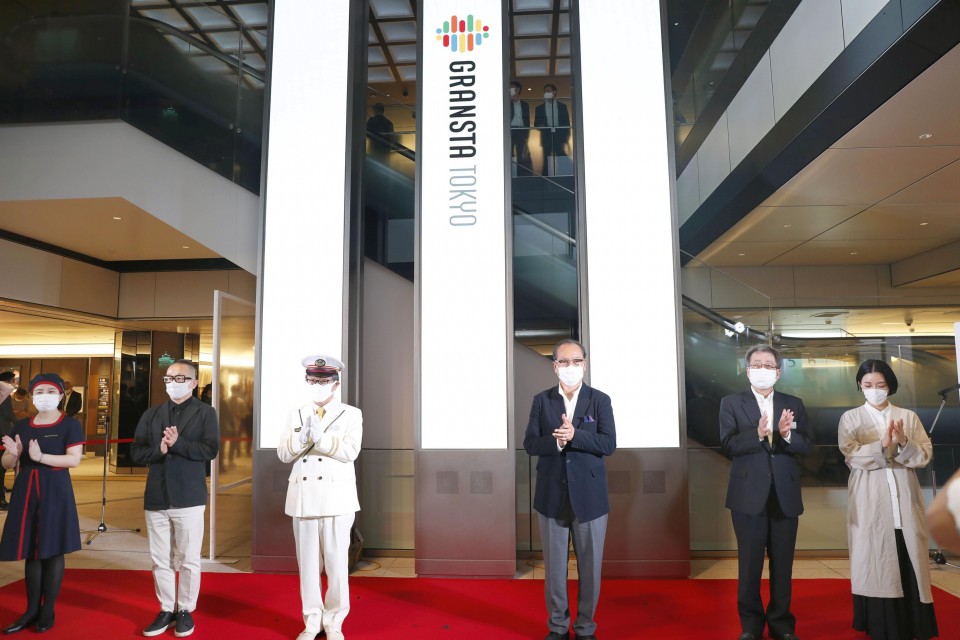 The opening ceremony for Gransta Tokyo, a commercial facility housing about 150 shops inside JR Tokyo Station, is held on Aug. 3, 2020. (Kyodo)

The station, operated by East Japan Railway Co., includes new waiting rooms and event spaces, while passageways in the area have been enlarged for easier access.

"We'd like to continue to make this an accessible station," said stationmaster Kunihiko Koike during an event to celebrate the opening of the new facilities, emphasizing that the renovations made to provide more barrier-free access.

Although the number of passengers using the station has fallen since the outbreak of the virus, the company, better known as JR East, opened the shopping area in the hopes that it will become a busy tourist hub, as well as a source of future revenue growth.

Some people lined up to purchase limited-edition desserts from a store in the shopping complex.

"It's a lot more spacious than I thought it would be," said university student Hideaki Takahashi, 20. "It'll be more fun to walk around Tokyo Station." 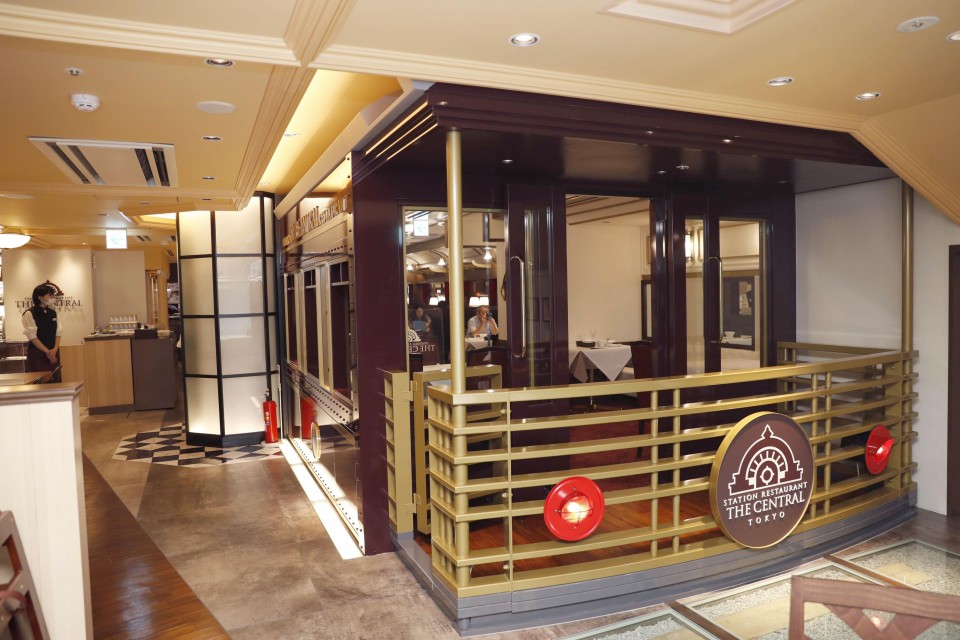 A restaurant featuring tables inspired by a train dining car at Gransta Tokyo, a commercial facility that opened inside JR Tokyo Station the same day. (Kyodo)

The shopping area includes a restaurant reminiscent of a dining car on a train, stores selling Japanese sake brewed at the station, while fresh fish caught from areas such as the northernmost island of Hokkaido and the Tohoku region are transported by shinkansen bullet train to be served at a sushi restaurant.

Furthermore, visitors can use a smartphone application to check the availability of coin lockers, restaurants, stores and bathrooms, to avoid waiting times and other inconveniences.

According to JR East, renovations were conducted around the northern passage connecting the Marunouchi North and Yaesu North ticket gates.

The renovations began in 2012 with the goal of completing them before the Tokyo Olympics that were initially set to kick off July 24 before the coronavirus pandemic caused their 12-month postponement. 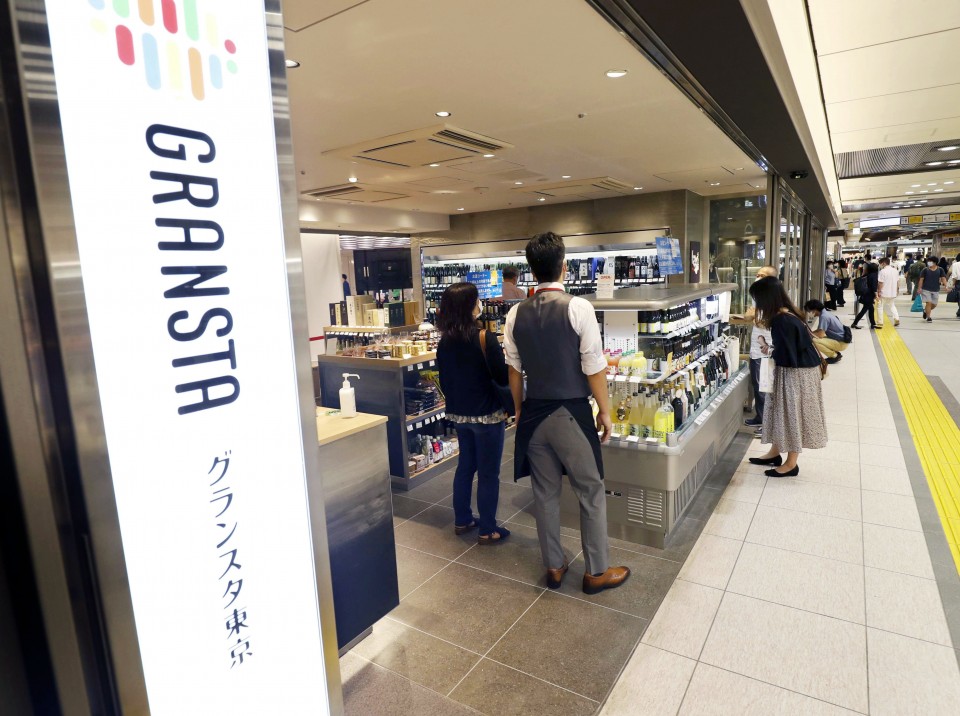