Japan's household spending fell 1.2 percent in June from a year earlier, down for the ninth straight month, but showed signs of recovery from record falls logged due to the coronavirus pandemic, government data showed Friday.

The decline was significantly reduced compared to a 16.2 percent plunge in May, the steepest decrease since comparable data became available in January 2001, and an 11.1 percent fall in April which was also a record at the time, according to the Ministry of Internal Affairs and Communications. 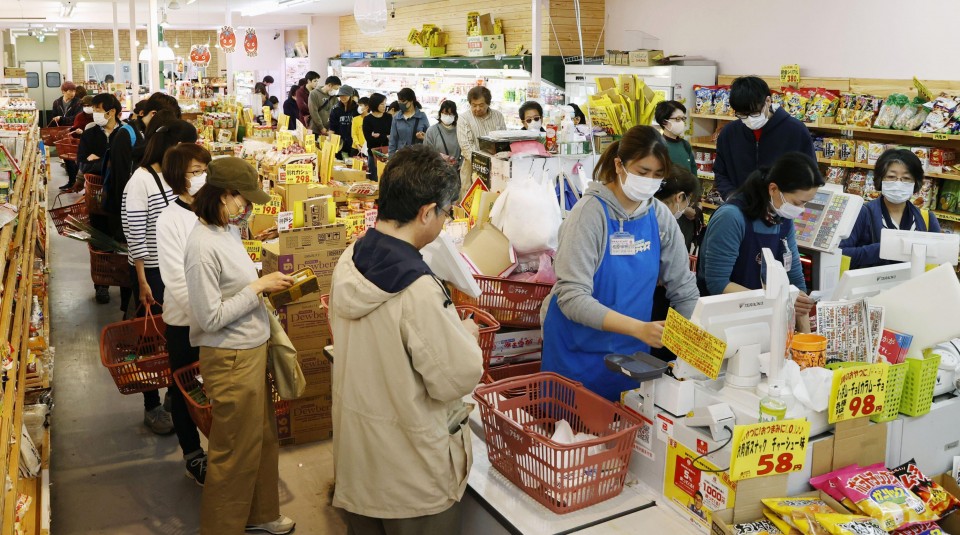 Spending in real terms by households of two or more people in the reporting month was 273,699 yen ($2,600), the ministry said. The year-on-year slide began in October last year, when the consumption tax rate was raised from 8 percent to 10 percent.

A ministry official told reporters consumption was apparently boosted by the lifting of the state of emergency over the virus on May 25, as well as the government's 100,000 yen per person cash handouts starting the same month.

The seasonally adjusted figure for June spending jumped 13.0 percent from the previous month, the sharpest rise since comparable data became available in February 2000 and the first increase in four months, according to the ministry.

Under the virus emergency, which was declared over the whole nation for about a month from mid-April, the government requested people to refrain from going out and asked some businesses to suspend operations, dampening private consumption.

The official explained that a little more than half of Japanese people received the cash benefit in June, compared to about 20 percent who received it in May.

But the official also said that the virus spread is still weighing on household spending, and called for close monitoring of any further pressure from the recent resurgence of the virus across the country.

By category, outlays for furniture and household utensils rose a record 27.4 percent. Those for tables and couches more than doubled and spending on air conditioners increased 29.6 percent. 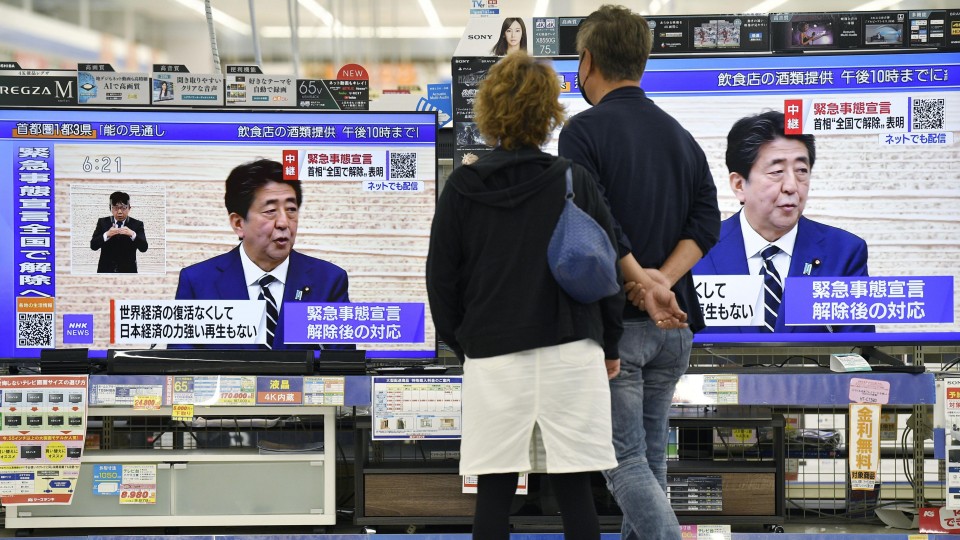 TV screens at an electronics store in Urayasu in Chiba Prefecture, eastern Japan, show news of Prime Minister Shinzo Abe's lifting of a coronavirus state of emergency for the five remaining prefectures on May 25, 2020. (Kyodo)

Spending on televisions and personal computers grew 83.1 percent and 18.1 percent, respectively, as people have spent more time at home due to the pandemic.

Expenditure on cultural activities and recreation, including entrance fees for museums and hotel charges, dropped 21.2 percent, leading the overall decline in the latest spending data.

After adjusting for inflation, the average monthly income of salaried households with at least two people was up 15.6 percent in June from a year before to 1.02 million yen, including summer bonuses.

It was the largest increase since January 2001, helped by the 100,000 yen cash handout, the official said.

Household spending is a key indicator of private consumption, which accounts for more than half of Japan's gross domestic product.