The Japanese government said Friday it will lift coronavirus-related re-entry restrictions on foreign residents from Sept. 1, citing increased testing capacity at airports, after calls mounted from the expatriate community that the ban is discriminatory.

Under the new policy, around 2.4 million foreigners in Japan with resident status, including permanent residents, business people, students and their families, can now leave Japan and be allowed back in.

Around 29,000 foreigners who have already left Japan to countries and regions designated as areas subject to entry denial after April 3, will also be allowed to return. 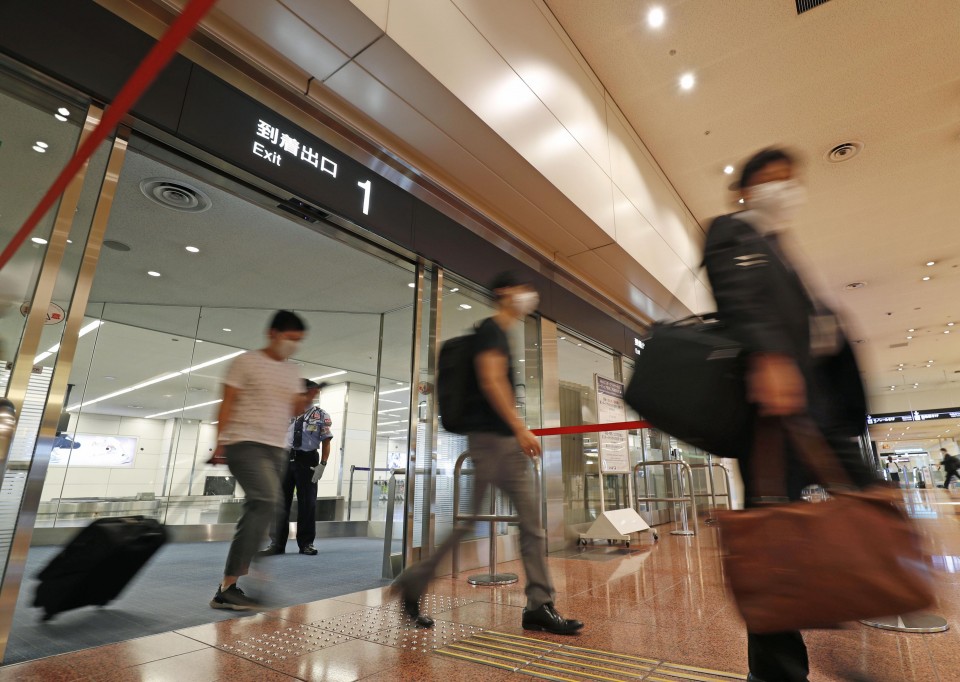 Currently, re-entry of foreigners is permitted only to those who had left Japan before April 3, even if they have resident status, except under "special exceptional circumstances," such as the death of a family member.

Returning residents will be required to take a polymerase chain reaction test within 72 hours before departing for Japan and provide the result to authorities upon arrival.

If the test indicates they are infected with the novel coronavirus, they will be denied entry, according to government officials.

If permitted to enter Japan, they will be required to self-isolate for two weeks to monitor their health and to refrain from using public transportation during that period, they said.

Until the change comes into effect, Japan will continue to deny entry to all foreign nationals in principle who have recently been to any of 146 countries and regions, including the United States, China and all of Europe.

The lifting of restrictions on foreign residents will be welcome but considered long overdue by those who had been unable to travel to their native countries or did so and have been stuck outside Japan.

Many took social media to vent their frustrations, and organizations such as the American Chamber of Commerce in Japan have issued statements asking that the policy be reviewed.

Regarding the timing of the latest decision, another Japanese government official said the government is aware of the need to resume cross-border travel, and the lifting of entry restrictions was made possible due to expanded testing capacity at airports, including Narita, Haneda and Kansai airports.

As for those newly coming to Japan, the government has started talks with 16 economies, including China and South Korea, to gradually ease restrictions for long-term residents such as expatriates and those making short-term business trips.

Japan resumed accepting long-term residents from Thailand and Vietnam in July, while agreeing to start the same easing measures with Singapore, Malaysia, Cambodia, Laos and Myanmar from September, at the earliest.

With Singapore, Japan has agreed to open borders for short-term business travelers from September.

The eligible businesspeople will be exempt from a 14-day self-quarantine period after arriving, provided they submit an itinerary of their stay, limit their travel to between where they are staying and the workplace, do not use public transportation and avoid random contact with people.